Physicians should use programs like the one in the study to better and more effectively achieve blood pressure control for their patients, experts argue. 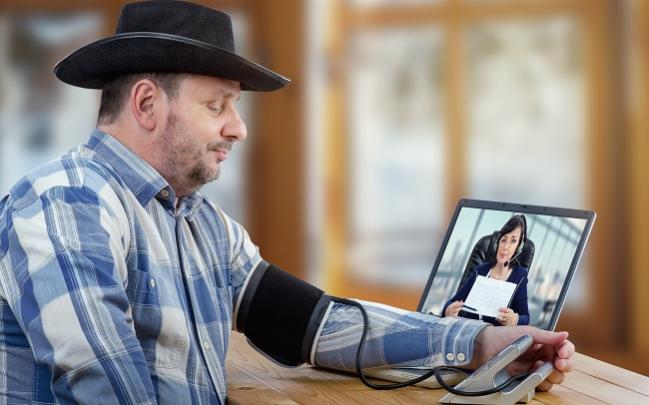 An intervention program aimed at increasing blood pressure control through both team-based care and telemonitoring had lasting effects for up to 1 year after it ended, according to a new analysis.

“Home blood pressure telemonitoring with a team care approach using pharmacists or nurses or other people who are part of the primary care team to offload the work on the physician [is] an excellent way of getting blood pressure under control,” lead study author Karen Margolis, MD, MPH (HealthPartners Institute for Education and Research, Minneapolis, MN), told TCTMD. “If we are to keep blood pressure under good control over the long term, over years of this chronic condition, then we have to keep on monitoring patients.”

For the study—a follow-up of one they published in 2013—the researchers looked at 450 primary care patients with uncontrolled hypertension who were treated in their health system between March 2009 and November 2015. Patients were randomized to either usual care or an intervention that included home blood pressure telemonitoring and pharmacist-led follow-up care for 12 months, and those in the latter arm saw significantly greater reductions in systolic blood pressure at 6, 12, and 18 months than those with usual care.

“I was really happy that the results were pretty much as we predicted that they would be,” Margolis said. “We followed everybody up for about 4.5 years after they originally entered the study. By then they had not been getting intervention or any known telemonitoring for about 3.5 years. I wasn’t too surprised to see little or no difference in blood pressure between the two groups.

“What this shows . . . is that in order for these programs to have a sustained effect, patients have to be encouraged to keep on monitoring and there has to be some method to continue to follow them over time,” she continued.

As for what specific interventions she recommends, Margolis said “a lot of different things could be done.” Ideally, she would prefer to use an inexpensive home blood pressure telemonitoring system that connects to patients’ electronic health records by Bluetooth through their smartphones. “As long as everything is ok, the patient would get encouraging messages that would be automated. . . . But if their blood pressure seems to be falling out of control over time, then they would get a call from some person in the primary care team, either the doctor or maybe somebody working with the physician, to try and make sure they come in and figure out what's going on, what needs to be fixed,” she said.

Margolis added that her team is currently working on another pharmacist-led follow-up study with an intervention like this, but the results won’t be out for a few years.

Generally, what she really likes about the technology of home-based blood pressure telemonitoring “is that patients really get a good sense of what their real blood pressure is. It can be checked whenever they want,” she said. “There are so many excuses for why blood pressure is elevated in the clinic, either real white-coat hypertension or sometimes patients believe they have it. We give them a perfect excuse as physicians by saying, ‘Well, let's wait and not treat your hypertension. Let's have you come back in 3 or 4 months.’ That’s how we kick the can down the road and don't get blood pressure under control for years, if at all.”

Commenting to TCTMD, Eileen Handberg, PhD (University of Florida, Gainesville), who was not involved in the study, said its “ultimate message is that blood pressure control is achievable. Even in their usual care group, they had 10-15 mm Hg reduction in blood pressure at 54 months. It wasn’t as stupendous as the 22 mm Hg they got in the intervention group, but they basically have people at goal. Again, this shows that a targeted approach to patient management of hypertension is feasible, . . . but it does require some diligence. I think that clinician inertia isn’t an acceptable reason why we can't get people to blood pressure control.”

She also stressed the importance of the team-based approach in this setting. The intervention used in this study “was very aggressive,” Handberg said. “They talked to these patients every 2 weeks—no physician practitioner does that, they don't have that kind of time.” Using other members of the team like pharmacists and nurses “distributes the workload. You have people who are trained to do this, who have the skill set, the knowledge, and the training, who clearly can do this well. Then you free up the physician to take care of acutely ill patients or other management issues that they can. So it’s a better use of the people in the practice,” Handberg explained.

What pharmacists bring to the table is “more of a focus on helping the patients do self-monitoring and be more aware of their medications, so that you then get patients more engaged in their own care and be more vigilant and diligent about checking blood pressure, reporting if they have problems, [and] being aware of how medications work so that they can manage those on a day-to-day basis,” she added.

Ultimately, developing a hospital-based blood pressure-lowering intervention doesn’t need to be complicated, Handberg argued. “Sometimes as practitioners we argue about the art of medicine, and some of it isn’t about art, it’s just about implementing what we know in a systematic way. I think we get more widespread impact on health. Yeah, there’s always the single patient who’s an outlier who doesn't tolerate one thing or another, but if you look at all the hypertensive trials that have come out, protocolized care really can get people at good blood pressure control rates.”

The next step in talking about long-term compliance, she said, is to determine what kind of reinforcement protocol could be implemented at a system level to cost-effectively manage blood pressure control over time.