While noninferior to placebo for the primary MACE endpoint, the GLP-1 agonist was linked with a mortality benefit in patients with type 2 diabetes. 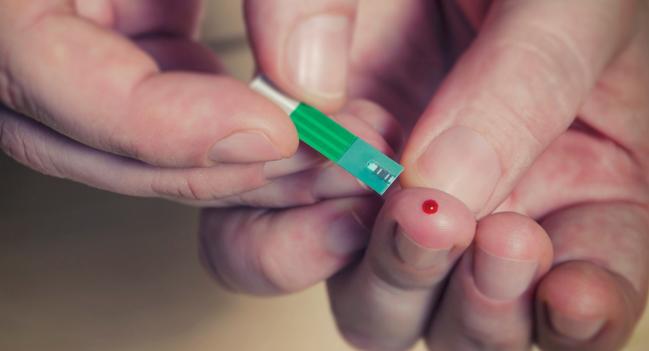 (UPDATED) An oral version of semaglutide, a glucagon-like peptide-1 (GLP-1) receptor agonist currently available as a once-weekly injection, successfully cleared a cardiovascular safety hurdle in the PIONEER 6 study, the company has announced. PIONEER 6 is a large, randomized noninferiority trial testing the agent against placebo in patients with type 2 diabetes.

Novo Nordisk announced the topline results of the cardiovascular outcomes trial today, reporting that the time to first occurrence of a major adverse cardiovascular event—defined as cardiovascular death, nonfatal MI, or nonfatal stroke—was statistically similar among 3,183 patients with type 2 diabetes treated with oral semaglutide and those treated with placebo. While there was a trend toward a lower risk of MACE among the semaglutide-treated patients, the reduction was not statistically significant.

Lead investigator Steven Bain, MD (Swansea University, Wales), called the results “surprisingly good,” particularly since the study was not designed to show clinical benefit. As a safety trial, there was a low number of hard outcomes given that the study was stopped after the accrual of the minimum number of events needed to show safety, he told TCTMD in an email. Like other large diabetes trials, the study was a response to the US Food and Drug Administration-mandated safety requirement for all new diabetes medications.

Bain anticipates the full results of the trial will be presented at the American Diabetes Association Scientific Sessions in 2019, although a final decision is yet to be made.

The FDA approved the once-weekly injection of semaglutide (Ozempic) as an adjunct to diet and exercise to improve glycemic control in adults with type 2 diabetes in 2017. Oral semaglutide is not yet approved by the FDA or European regulators, but Novo Nordisk said they plan to file for regulatory review in the first half of 2019.

In announcing the results, Novo Nordisk said they are also in discussions with the FDA about obtaining a cardiovascular indication for the different semaglutide formulations. In the SUSTAIN-6 study, which was published in 2016 in the New England Journal of Medicine, a once-weekly injection of semaglutide was noninferior to placebo for the primary MACE endpoint, but it was not associated with a reduction in all-cause or cardiovascular mortality.

The company said they are evaluating the possibility of gaining a cardiovascular indication for injectable semaglutide based on the combined data from SUSTAIN-6 and PIONEER 6.

In 2016, another GLP-1 receptor agonist made by Novo Nordisk, the injectable liraglutide (Victoza), was shown to reduce the risk of MACE when added to standard care in the LEADER trial. In the ELIXA study with lixisenatide (Lyxumia; Sanofi), the GLP-1 receptor agonist had a neutral effect on cardiovascular outcomes. Liraglutide is approved by the FDA for reducing the risk of MACE, as well as for glycemic control, in patients with type 2 diabetes and established cardiovascular disease, but lixisenatide is not.