Starting the drug at week 8 did lower NT-proBNP levels in HF patients, but investigators say there might be a missed opportunity for reducing events. 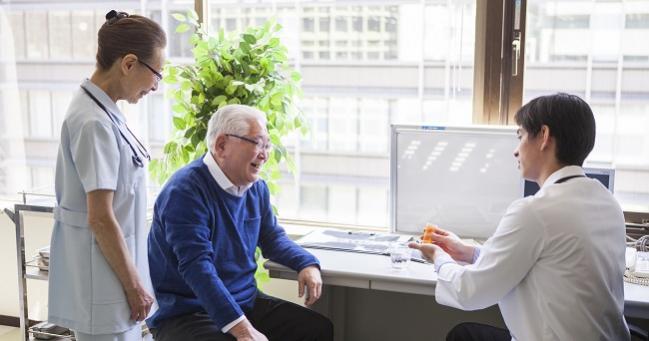 NEW ORLEANS, LA—Switching patients with acute decompensated heart failure (HF) from enalapril to the combination of sacubitril/valsartan (Entresto, Novartis) at 8 weeks leads to a further reduction in N-terminal pro-B-type natriuretic peptide (NT-proBNP) concentrations, but the switch may be associated with a “missed opportunity” for reducing clinical events, according to PIONEER-HF investigators.

Although PIONEER-HF was not powered for clinical outcomes, patients who were started on sacubitril/valsartan in the hospital had a 33% lower risk of death, hospitalization for heart failure, or implantation of left ventricular assist device at 12 weeks when compared with patients started on enalapril and switched to the combination at week 8. However, while overall event risk was significantly lower at week 12, the clinical event rate from week 8 to week 12 was similar in patients started on the study drug and those switched over to sacubitril/valsartan.

“If you look at just the biomarker, which is physiologically important for thinking about the patient’s prognosis over time, it only takes about 4 weeks to get everybody on the same page,” lead investigator Adam DeVore (Duke University Medical Center, Durham, NC), told TCTMD. With clinical outcomes, which physicians, patients, and payers care more about, the study suggests there is a meaningful tradeoff in terms of waiting to start patients on sacubitril/valsartan at week 8.

The results, which were presented recently at the American College of Cardiology 2019 Scientific Session, suggest that while sacubitril/valsartan reduces NT-proBNP whenever it’s started, the early improvement in postdischarge outcomes seen in the main trial “supports starting the in-hospital initiation of sacubitril/valsartan in stabilized patients with acute decompensated heart failure,” said DeVore.

Rates of symptomatic hypotension were similar in patients started on sacubitril/valsartan and those switched over at week 8. There were no additional angioedema events in either arm.

The PIONEER-HF trial, published in late 2018 in the New England Journal of Medicine, showed that among HF patients with reduced ejection fraction, physicians could start sacubitril/valsartan in the hospital and this strategy was superior to treatment with enalapril for lowering NT-proBNP levels. The extension study was conducted given that there is a large focus on hospital-based care, as well a focus on the transition to home, for the HF community, said DeVore.

Speaking during the session, Ryan Tedford, MD (Medical University of South Carolina, Charleston), asked about the PIONEER-HF enrollment criteria and whether study’s protocol would be applicable to real-world practice. He also questioned whether in-hospital treatment with sacubitril/valsartan would increase the length of stay. In response, DeVore said their definition of hemodynamically stable, required as part of the trial, was straightforward and translatable to the bedside. In the overall trial, length of stay was 5 days, higher than national average of 4.5 days, noted DeVore.

FDA Warns of Cybersecurity Vulnerabilities With Some Medtronic Implanted Devices