Finely tuned algorithms are needed to diagnose the root cause of MIs that occur in the absence of obstructive disease and to individualize care. 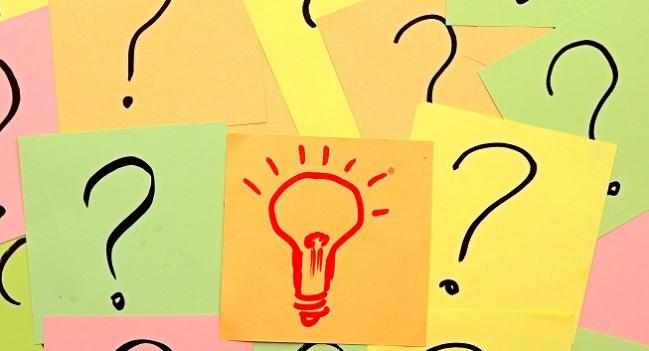 Optical coherence tomography (OCT) can be a tool for better understanding the origins of MI with nonobstructive coronary arteries (MINOCA), a new single-center study suggests. Both plaque disruption and thrombus appear to be linked with myocardial injury, as assessed by cardiac magnetic resonance (CMR).

“I believe our study is the first to directly link disrupted coronary plaques and thrombus on OCT with ischemic-type myocardial injury on CMR in MINOCA patients. This, in turn, constitutes direct evidence for coronary atherosclerosis as yet another causative factor of MINOCA, and opens up new avenues for further research on OCT-guided interventions in this patient population,” lead investigator Maksymilian P. Opolski, MD (Institute of Cardiology, Warsaw, Poland), told TCTMD via email.

But for Tom J. Ford, MBChB (University of Glasgow, Scotland), who commented on the study for TCTMD, the main message is slightly different. He pointed out that only one-quarter of patients showed signs of plaque disruption on OCT. Thus, for the majority of patients, OCT would not pinpoint the underlying cause of MINOCA.

“It’s an interesting study and a great opportunity to look at this patient group, [with] really an unmet clinical need,” he said, adding, “Three-quarters of these patients have not had a traditional heart attack. I think that’s quite striking.”

Five of the 38 patients studied (13%) had normal arteries on angiography, Ford also pointed out. None of these individuals had either plaque disruption or coronary thrombus. OCT can be revealing in patients with angiographically equivocal lesions, he said, but is less informative in those with normal arteries. Instead, Ford suggested, vasoreactivity testing would be more useful here.

Still, both Ford and Opolski, as well as editorialists Filippo Crea, MD, and Giampaolo Niccoli, MD, PhD (Catholic University of the Sacred Heart, Rome, Italy), end up largely in the same place. They all call for finely tuned algorithms to get at the root cause of each patient’s MINOCA and to facilitate individualized care.

“[Since] MINOCA is a heterogeneous clinical entity with different causes (disrupted plaque not revealed by angiography, epicardial or microvascular spasm, Takotsubo cardiomyopathy, myocarditis, or distal microembolization), identification of its underlying mechanism is of the utmost importance for clinicians,” Opolski said. “Detection of disrupted coronary plaque and/or thrombus by intracoronary imaging at the time of invasive angiography can be decisive for tailored medical interventions. In this regard, selective use of OCT may make a difference and potentially change the landscape of therapeutic management in MINOCA.”

The findings, originally presented as a poster last month at TCT 2018 in San Diego, CA, were published online recently ahead of print in JACC: Cardiovascular Imaging.

Opolski and colleagues prospectively enrolled 38 patients (mean age 62 years; 55% women) with MI but without significant coronary stenosis (≥50%) on angiography. Nearly four in 10 presented with STEMI. The subjects underwent OCT and, when possible, CMR with late gadolinium-enhancement (LGE). The localization of ischemic-type LGE was used to identify the infarct-related artery.

Angiography showed a maximal diameter stenosis of 35%. On OCT, nine patients (24%) showed signs of plaque disruption and seven (18%) had evidence of coronary thrombus.

The OCT results led to modification of the clinicians’ initial treatment strategy for six patients (16%): three had plaque rupture, two had tight lesions (including one intramural hematoma), and one had intracoronary thrombus in the left main coronary artery.

“Based on our data, OCT helps identify culprit (infarct-related) arteries that are virtually underestimated on coronary angiograms. In this regard, the application of OCT during the acute phase of MI may clarify the etiology of MINOCA and potentially help tailor precise medical interventions,” Opolski noted to TCTMD.

In their editorial, Crea and Niccoli offer advice on the best way to handle these cases where diagnosis can be elusive, noting that “the diagnostic approach to MINOCA should include, along with a careful clinical history and physical examination, first-level tests (electrocardiography, echocardiography, and left ventriculography) and second-level tests able to identify the mechanism underlying MINOCA.

“The catheterization laboratory offers the unique opportunity for deep investigation of causes of MINOCA, because it allows the possibility of assessing functional coronary alterations by acetylcholine or ergonovine testing and subtle, subangiographic anatomic alterations by intravascular imaging,” they continue. “The sequence should be dictated by clinical presentation: at one extreme, in a patient with a history suggestive of vasospastic angina and normal coronary arteries, acetylcholine or ergonovine testing could be the first choice; at the other extreme, in a patient with multiple risk factors and subcritical stenoses, intravascular imaging could come first.

“From a therapeutic point of view, the identification of a functional alteration of coronary circulation should prompt the use of vasodilators and, in particular, calcium channel blockers, whereas the identification of a nonobstructive unstable plaque should prompt intensive risk factor control and dual antiplatelet treatment; stenting is a yet unproven therapeutic option in this setting,” Crea and Niccoli say.

Opolski said he agrees with the multipronged approach and believes the various tests and algorithms “should be regarded as complementary rather than exclusive.” The next question is how to best select potential OCT candidates. The current study suggests a few leads: patients with disrupted coronary plaques and thrombi on OCT were more likely to be smokers and tended to have higher angiographic diameter stenosis.

Going forward, future research should assess both the clinical value and cost-effectiveness of routine OCT in MINOCA patients, Opolski said. “In addition, given that coronary atherosclerosis may be an underestimated cause of MINOCA, large-scale clinical trials comparing standalone angiographic versus OCT-guided secondary prevention methods and clinical prognoses in MINOCA now appear warranted.”

Ford echoed that opinion. “What we need is a randomized trial in these patients,” he said, adding “there’s a need for more precise medicine [here].”

Ford recently reported data from the CorMicA trial supporting the use of invasive testing and tailored care in stable patients who had signs of ischemia but no obstructive disease (ie, INOCA). Asked by TCTMD how this fits with the study by Opolski et al, he thinks of ischemic heart disease as a spectrum. “We think there is definitely an overlap, in that patients who have INOCA may have propensity to spasm or the propensity to have acute coronary syndromes. And the data do support this. . . . It’s not unreasonable to believe that patients who’ve got stable disease can become unstable,” he commented.

Isolated SAVR Volumes Slide as TAVR Numbers Mount in the US

Mechanisms and Treatment Options for MINOCA