Despite “striking” differences in the amount of plaque encountered, any downstream events appear to be clinically silent, at least in the short term. 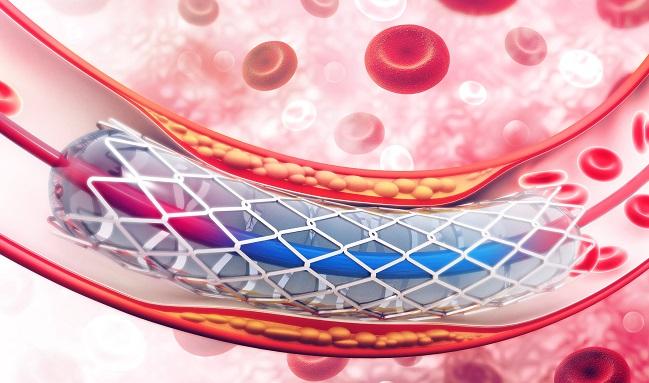 Given the anatomic distribution of atherosclerosis in the aorta, plaque dislodgement and embolization are more likely to occur with the transfemoral approach for left-sided heart catheterizations rather than with the transradial approach, according to a new viewpoint published last week in JAMA Cardiology.

And while the consequences of such dislodgement are most likely “clinically silent” rather than “clinically apparent” embolization, a difference in mortality might be more obvious if patients were followed longer, argue two experts.

“Despite the striking differences in the quantity of plaque encountered by a catheter during its course to the left side of the heart when inserted into the femoral artery versus the radial artery, differences in the frequencies of clinical evidence of stroke, myocardial infarction, renal injury, and obvious clinical signs of peripheral embolization, although varying from study to study, have not shown a clear decrease in these complications using the transradial approach compared with the transfemoral approach,” write William Roberts, MD, and Jeffrey Schussler, MD (Baylor University Medical Center, Dallas, TX).

Although there has been no demonstrable reduction in embolic events with transradial interventions, Roberts and Schussler state that “it only makes sense” plaque would be more likely to be dislodged with transfemoral PCI. “When studies of longer than 30 days are reported, a difference in mortality may be more apparent than in 30-day mortality studies,” they say.

David Kandzari, MD (Piedmont Heart Institute, Atlanta, GA), commenting on the paper for TCTMD, said there are many reasons to support a radial approach over transfemoral access given the observed reductions in bleeding and vascular complications in well-designed, comparative clinical trials. In selected patient populations, there might even be a mortality benefit.

However, the data to support the transradial approach for lowering the risk of embolic events, namely stroke, simply isn’t there. “Our current evidence is not only limited, but instead does not support this premise,” he said.

In fact, Kandzari pointed to the ACCOAST access substudy, which was published in 2016, that suggested there was a lower risk of procedure-related stroke with transfemoral PCI in patients with NSTE ACS. In addition, other studies have shown transradial access might be associated with a small but measurable increase in cerebral diffusion abnormalities or silent cerebral infarcts as measured by diffusion-weighted MRI, he said.

“Also, a predictor of stroke is the number of catheter exchanges, and while this may be reduced with a single, universal catheter in radial access cases, in other instances coronary artery and bypass graft engagement may be more challenging from a radial approach, and use of multiple catheters is commonplace,” Kandzari commented via email. “Certainly, other factors such as procedure duration, complexity, and catheter size—in addition to individual patient risk—must also be considered.”

In their viewpoint, Roberts and Schussler review the anatomic distributions of plaque, noting that there are more chances for plaque dislodgement with the transfemoral approach as the catheter follows a retrograde path up the aorta. The transradial approach spares the abdominal and descending aorta, the sites with the most plaque. If the right radial artery is used, the aortic arch is even avoided as the guiding catheters fall into the ascending aorta, which is usually devoid of plaque, they state.

Kandzari said that what with the anatomic distribution of plaque, which is not a new concept, “it seems especially intuitive that a radial approach should be associated with a lower risk of embolic events, the most feared of course being cerebral embolism and stroke.”