Severe mismatch in the original surgical bioprosthesis was strongly associated with 1-year mortality after a transcatheter valve-in-valve fix. 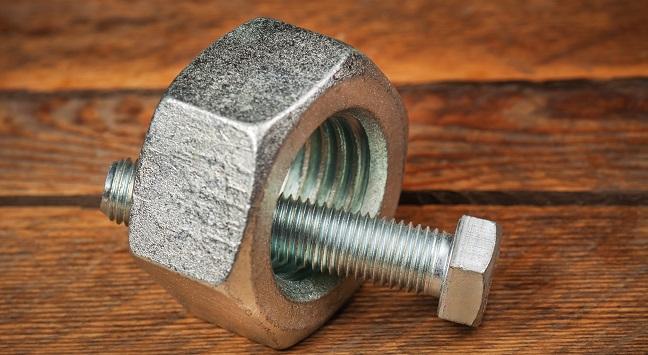 Patients with failure of a surgical aortic bioprosthesis—which frequently occurs 10 to 15 years after surgery—fare worse after a transcatheter valve-in-valve (ViV) fix if the original valve replacement left them with a severe prosthesis-patient mismatch, a registry study shows.

A prior study using data from the same registry had shown that ViV outcomes were worse in patients with small surgical valves, Pibarot pointed out to TCTMD, adding that the relationship was thought to be largely related to prosthesis-patient mismatch emerging after the initial surgery.

This new analysis supports that hypothesis and underscores the need to prevent severe mismatch at the time of the initial surgery, Pibarot said. It becomes an even more important consideration given the trend toward implanting surgical bioprostheses in younger and younger patients, who are likely to require a redo procedure at some point in the future, he added.

ViV is now a possibility for inoperable patients, but that may not be a great option in the presence of severe prosthesis-patient mismatch, he said.

As a message for cardiac surgeons, this study is “really encouraging them to do their best to prevent prosthesis-patient mismatch in the first place because it not only has an impact on outcomes of [surgical aortic valve replacement] but also on the outcome of the valve-in-valve that we may do in the future,” Pibarot said.

And a message for interventional cardiologists assessing candidates for ViV procedures is that there is a need to systematically screen for the presence and severity of mismatch before deciding on a course of action, he said.

“What [the study] might do is guide physicians a little bit more when they’re considering valve-in-valve to look at the actual prosthesis size and look at how they implant the valve, how they may maximize the hemodynamics,” Jilaihawi said, noting that by using repositionable valves with supra-annular designs, hemodynamics can be optimized in real time.

“I think this [is more] than just a theoretical benefit to the patient,” he said. “This really just shows that it can actually impact mortality, which is a big deal.”

Pibarot et al examined data on 1,168 patients included in the multicenter, international VIVID registry of ViV procedures. Preexisting prosthesis-patient mismatch was calculated by using the reference value of the effective orifice area (EOA) for each model of surgical bioprosthesis and size of the implanted valve indexed for body surface area.

Based on criteria from the Valve Academic Research Consortium 2, severe mismatch was defined as an indexed EOA ≤ 0.65 cm2/m2 for nonobese patients and ≤ 0.60 cm2/m2 for obese patients.

Management of Patients With Severe Mismatch

Pibarot pointed out that patients with “pure” severe prosthesis-patient mismatch—meaning that the valve is too small but functioning properly—will not benefit from a traditional ViV procedure because placing a transcatheter valve inside such a valve will only decrease the orifice area and increase the gradient.

One approach in these patients would be to implant another, larger surgical bioprosthesis with better hemodynamic performance.

For some patients, however, the risk of undergoing another operation is too high, and in that case, a ViV procedure that involves cracking the stent frame of the surgical bioprosthesis with a noncompliant balloon to allow for a larger transcatheter valve is an option. There is some evidence that this can be done safely.

Yet another strategy in a patient with a severe mismatch is to move forward with the ViV procedure while using a transcatheter valve with a supra-annular design, like the CoreValve/Evolut (Medtronic), to mitigate the residual gradient. In this study, Pibarot noted, lower rates of high residual gradients were seen with self-expanding valves with supra-annular designs than with balloon-expandable valves in the Sapien line of prostheses (Edwards Lifesciences).

Jilaihawi said that “both transcatheter valve types are very successful for valve-in-valve, but I think we need to pay attention to those that have existing prosthesis-patient mismatch, and a supra-annular valve may be favorable in this setting. I think that’s a very important message.”

Before pursuing any of these strategies, however, interventional cardiologists need to be looking carefully for mismatch, Pibarot said.

“I hope this paper will change the approach regarding these patients and that systematic screening for prosthesis-patient mismatch will be included,” he said.