A new retrospective analysis calls into question the role of prehospital administration of oral antiplatelets, but the study design poses problems. 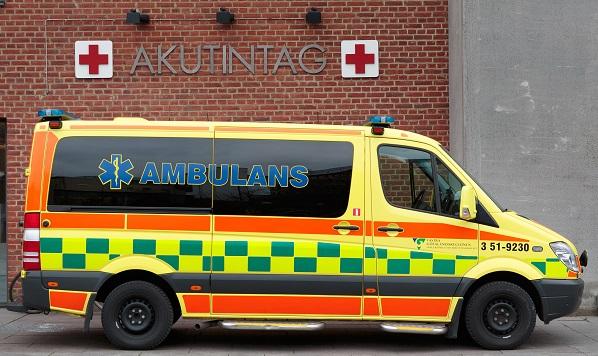 MUNICH, Germany—A new analysis from the large SCAAR registry in Sweden is once again challenging the role of pretreatment with oral P2Y12 receptor antagonists in PCI patients, this time zeroing in on patients with unstable angina or NSTEMI.

In a 65,000-patient analysis presented here at the European Society of Cardiology (ESC) Congress 2018, Elmir Omerovic, MD, PhD (Sahlgrenska University Hospital, Gothenburg, Sweden), and colleagues found that mortality was no different between patients who did and did not receive pretreatment with oral clopidogrel or ticagrelor. There were also no differences in stent thrombosis. In-hospital complications, however, were higher among pretreated patients.

“The evidence is not sufficient to recommend obligatory pretreatment with P2Y12 antagonists,” Omerovic said.

This is the second time a SCAAR analysis has looked at the issue of P2Y12 antagonists in the pre-PCI setting. At last year’s ESC meeting, Omerovic presented an analysis of STEMI patients showing no benefits—but also no harm—with P2Y12 inhibitors.

This time around, SCAAR investigators addressed antiplatelet pretreatment in unstable angina and NSTEMI patients, a group for whom the existing data are “indirect and weak,” Omerovic said.

Indeed, European and US guidelines are also circumspect on the issue, with the newest ESC guidelines, released this week, giving P2Y12 inhibitor pretreatment with ticagrelor (Brilinta; AstraZeneca) or clopidogrel a class IIa recommendation, but with a level of evidence C, when cangrelor (Kengreal/Kengrexal; The Medicines Company), is not available. Use of prasugrel is not recommended for pretreatment.

Omerovic also pointed to a recent meta-analysis of the CREDO, PRAGUE 8, and ACCOAST trials, using clopidogrel 300 mg, clopidogrel 600 mg, and prasugrel 30 mg, respectively, which showed no differences in ischemic events but—for PRAGUE and ACCOAST—a significant increase in the risk of bleeding.

“Studies of pretreatment in patients with stable coronary artery disease and UA/NSTEMI show no unequivocal evidence of benefit and some evidence of harm,” he summarized.

For their latest SCAAR analysis, investigators looked at all patients who underwent PCI between January 1, 2010, and April 1, 2018. After omitting STEMI cases, 69,211 patients underwent PCI during the study period, of whom 14,093 had unstable angina and 49,759 had NSTEMI. After excluding patients who did not receive aspirin or for whom troponin data were missing, nearly 65,000 patients were analyzed according to whether they did (59,894 patients) or did not (4,963 patients) receive P2Y12 inhibitor pretreatment.

P2Y12 antagonist pretreatment has been declining in Sweden, Omerovic noted, falling at a rate of 2.6% per year between 2010 and 2018. Calendar year was as the instrumental variable to approximate an “act of randomization” in the analysis, he noted.

As Omerovic showed here, there were no differences in 30-day mortality, 1-year mortality, or stent thrombosis based on whether patients were or weren’t pretreated. Complications, defined as major or minor bleeding or neurologic complications, however, were 6.1% in the no pretreatment group and 7.7% in the P2Y12 inhibitor pretreatment groups (adjusted OR 1.41; 95% CI 1.00-2-00).

In a “change of practice” analysis that addressed the same endpoints in the Västra Götaland County of Sweden (population 1.7 million) both before and after a switch to no routine P1Y12 pretreatment in June 2016, investigators found a similar pattern of events. Compared with the years in which pretreatment was common place, the period after the switch to much more selective pretreatment was marked by significantly fewer in-hospital complications: 8.5% versus 8.1% (adjusted OR 0.78; 95% CI 0.67-0.91).

Speaking with TCTMD, Omerovic acknowledged the limitations of using registry data to address what he called an ongoing “controversy.”

“You have a group of people who are strong proponents and another group who are strong opponents, and some who are undecided,” he said. “I would argue that this is a situation where we do not have unequivocal evidence of benefit and there is evidence of harm, especially from the ACCOAST trial, which showed no efficacy but an increase in bleeding. In this situation, we should fall back to one of the basic medical ethical principles, primum non nocere: first, to do no harm, at least until there is new evidence that this or that strategy has strong evidence of benefit.”

Given the totality of evidence and the hint of harm in the 60,000-patient SCAAR registry, “I think it makes more and more sense that we should not routinely use pretreatment, but should reserve that for very exceptional clinical cases,” Omerovic said.

Following Omerovic’s presentation, session moderators and discussants expressed a covetous admiration for the SCAAR registry and its ability to so completely capture the nation’s use of cardiovascular therapies and their impact. The use of nonrandomized data for this particular analysis, however, drew some skepticism.

Session co-moderator Gregg Stone, MD (NewYork-Presbyterian/Columbia University Irving Medical Center, New York, NY), took issue with the use of calendar year as an instrumental variable since techniques and other aspects of care can change year-to-year. He also questioned the study’s omission of MI data, which Omerovic acknowledged was not universally captured throughout the study period.

Philip Aylward, BM, BCh, PhD (Heart & Vascular Institute, Adelaide, Australia), commenting on the study for TCTMD said: “Pretreatment is a good idea if the patients are going to be waiting around to have a cardiac cath and angiogram. But if it’s going to be done quickly, in a few hours or even within 24 hours, there’s probably no need to pretreat.”

Of note, Omerovic et al’s study looked only at oral antiplatelet drugs. Missing, Stone noted, was an analysis looking for any differences between clopidogrel and ticagrelor within the pretreated group.

Moreover, the study offers nothing on the role of intravenous drugs. “I would argue that we have definitive evidence that pretreatment works, and that’s with intravenous cangrelor, but that’s 99% P2Y12 platelet receptor inhibition right before the procedure and it reduces Q-wave MI, non-Q-wave MI, and stent thrombosis,” Stone said.

Aylward, by contrast, had a more tepid view of cangrelor, saying: “I think there’s a role for cangrelor in some patients who are high risk or who can’t take oral medication, but I wouldn’t be using it generally.”

Roxana Mehran, MD (Icahn School of Medicine at Mount Sinai, New York, NY), who also was a co-moderator for the session, pointed out that the two trials that pulled the rug out from under PCI pretreatment both involved patients who were taken very swiftly to the cath lab. “In stable patients, I think there’s no reason not to pretreat unless you are really concerned about needing to send them to bypass surgery,” she said.

Asked whether the SCAAR analysis should sway people to change their practice, Mehran’s answer was a definitive no.