This is good news, given concerns that “femoral access with its proximity to potential contamination would pose a risk for infection,” researcher says. 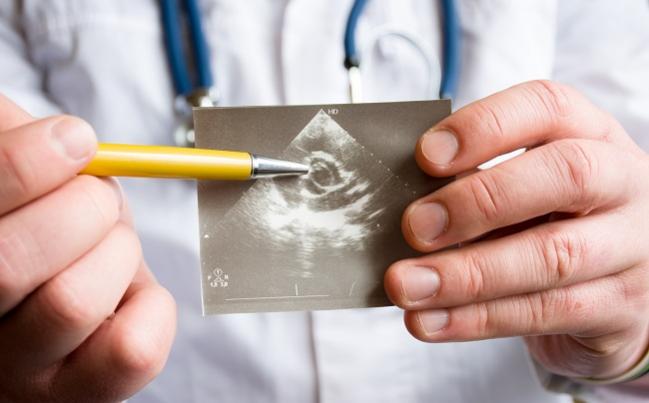 SAN DIEGO, CA—Prosthetic valve endocarditis (PVE) rarely occurs after aortic valve replacement, and the incidence of the event does not significantly differ between TAVR and surgical AVR, according to an analysis of the PARTNER I and II trials presented at TCT 2018.

“Given the high comorbidities and frailty in the inoperable cohorts, a higher incidence of infection was postulated. This study did not support this hypothesis,” Matthew Summers, MD (Cleveland Clinic, OH), told TCT Daily, noting that the risk for developing PVE did not differ between the TAVR and SAVR cohorts in multivariate regression analysis. “With the concern for potential inherent infection risk with femoral access, this study [shows] that there is no increased risk with TAVR femoral access,” he added.

The study included all 8,285 patients from the PARTNER I and II trials, including the S3 registries. After analyzing microbiologic profiles of modified Duke Criteria-defined PVE, researchers found that 101 patients developed PVE during 2.5 ± 1.5 years of follow-up, for an overall incidence of 1.2%.

Compared with SAVR, TAVR demonstrated a similar total or cumulative PVE incidence and temporal distribution of PVE diagnosis to 5 years. Similarly, in multivariate regression analysis, the risk of PVE did not significantly differ between TAVR and SAVR (HR 1.26; 95% CI 0.62-2.54; P = 0.52).

“We found very few associations with the development of TAVR PVE, but patients tended to have higher STS-PROM scores, higher rates of pulmonary and liver disease (cirrhosis), and higher rates of cancer, chest radiation, and non-CABG sternotomy histories,” Summers said. 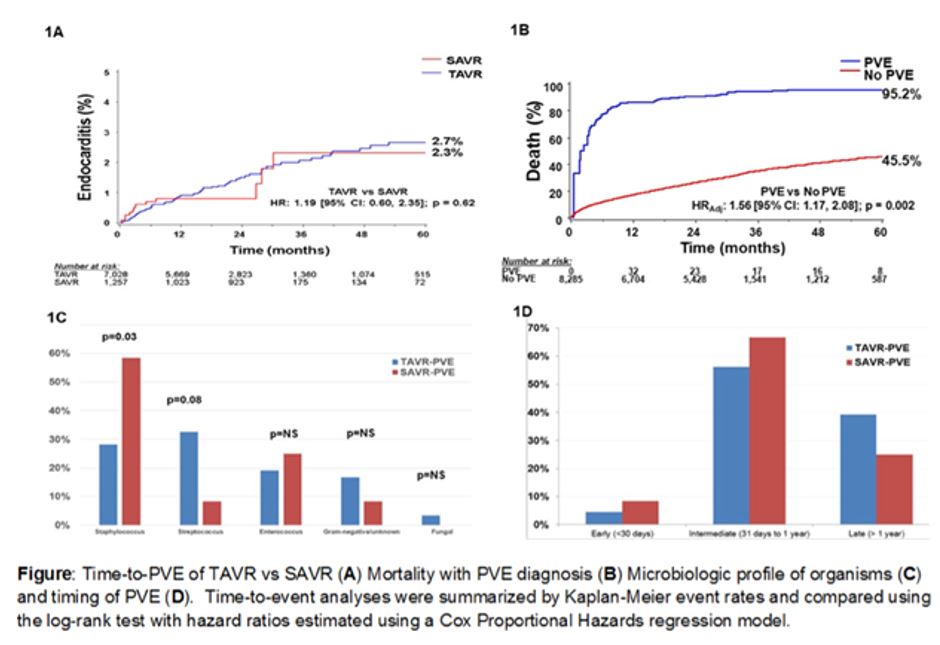 “Important to note, however, [is that] the low frequency of PVE did not allow for further analysis of differences between SAVR and TAVR cohorts,” Summers said. Despite this limitation, he concluded: “Endocarditis is a rare event after TAVR, and the risk of developing prosthetic valve endocarditis does not appear to be different than modern SAVR.”

Summers explained that unlike the historical literature for SAVR, knowledge about PVE in TAVR patients has not been as well defined and is limited to first-generation valves, early valve experience, and registries of site-reported endocarditis cases.

“These prior studies have suggested that TAVR PVE is rare, with expectedly high morbidity and mortality,” he said. “There has been suggestion of PVE associations unique to the TAVR experience, such as transfemoral access, and questions about the risk of PVE in TAVR versus modern SAVR. Since the access point to deliver the valve is inherently different between SAVR and TAVR, it has been assumed that femoral access with its proximity to potential contamination would pose a risk for infection.”

As a result, Summers and colleagues decided to study all Clinical Events Committee-adjudicated events of endocarditis from the PARTNER trials and registries to strengthen the available data on TAVR PVE.

‘Telestenting’ an Early-Days but Enticing Idea for PCI’s Future