Get With the Guidelines-Resuscitation program hospitals have all but eliminated the gap between black and white patients for acute resuscitation survival. 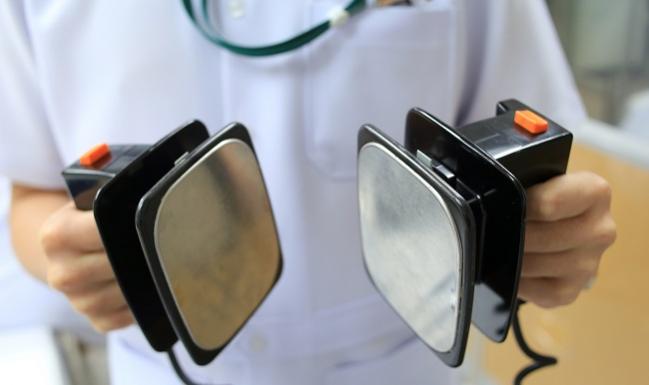 Participation in the Get With the Guidelines-Resuscitation program narrowed the gap for survival of in-hospital cardiac arrest between black and white patients, according to a study published online today in JAMA Cardiology. The greatest survival improvements were found in hospitals with a higher proportion of black patients.

“Among hospitals participating in quality improvement programs, not only have rates of survival improved markedly over time, but we have also noted a marked reduction in racial disparities and survival,” senior study author Saket Girotra, MD, SM (University of Iowa Carver College of Medicine, Iowa City), told TCTMD. “This provides impetus for other quality improvements programs to continue to engage hospitals in participation in quality efforts to improve resuscitation care.”

Girotra and colleagues, including lead investigator Lee Joseph, MD (University of Iowa Carver College of Medicine), conducted a cohort study using data from Get With the Guidelines-Resuscitation from 2000 to 2014. The study included 112,139 patients (27.0% were black) with in-hospital cardiac arrest hospitalized in intensive care units or general inpatient units. The primary outcome was survival to discharge.

In contrast, the absolute differences in postresuscitation survival by race persisted throughout the study period.

Girotra said he was encouraged by these findings, which have important implications for ongoing quality improvement efforts like the Get With the Guidelines-Resuscitation initiative, where the primary focus is to improve quality of resuscitation care in hospitals.

“We have demonstrated not only that survival improved over time, but that racial disparities in survival have narrowed over the 15-year period,” Girotra said.

“There have been so many studies that have looked at cardiovascular disease and treatment strategies for all types of cardiovascular conditions that have shown that it is very frequent that black patients do less well than white patients,” Weisfeldt said. “The importance of this study is that it appears that through significant efforts, Get With the Guidelines hospitals have improved the way in which CPR is done and shown that racial differences have been eliminated in these hospitals, including predominantly black hospitals.”

However, Weisfeldt noted that it is impossible to know whether the positive shifts in outcomes in this study are entirely due to participation in the Get With the Guidelines program, instead of the increased adoption of in-hospital palliative care units or the use of do not resuscitate advance directives.

In addition, both Girotra and Weisfeldt acknowledged that the findings may not be generalizable to hospitals outside of the Get With the Guidelines program.

“The National Academy of Medicine has recommended having a national registry for cardiac arrest and its outcomes that would hopefully include in-hospital cardiac arrest,” Weisfeldt told TCTMD. “It is really only with that kind of broad-based registry that we would ever be able to answer that question.”

No Racial Disparity in Post-PCI Mortality Seen at the VA