A real-world test showed that “app rescuers” arrived more than 3 minutes before an ambulance in 36% of cardiac arrests. 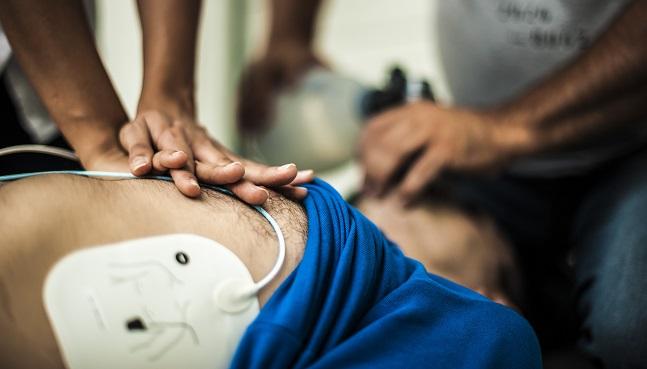 A new smartphone app that connects members of the general public with people who are having a cardiac arrest has shown promise for speeding the initiation of resuscitation attempts, which is expected to improve bleak survival statistics in this setting.

The idea is that when emergency medical services (EMS) dispatchers receive a call and suspect cardiac arrest, they will simultaneously send an ambulance and ping users of the EHRA [European Heart Rhythm Association] First Responder App, all of whom have verified CPR training. Users who can respond most quickly will receive directions to guide them to the location, where they’ll attempt resuscitation until EMS arrives.

The app also includes a database showing the locations of publicly accessible automated external defibrillators that can be retrieved and brought to the scene.

The system is currently only available in parts of Germany, where researchers performed a proof-of-concept evaluation over 3 months. Over that span, there were 381 registered users (178 active) who were recruited using a local media campaign in Lübeck and 11 cardiac arrest alerts. “App rescuers” arrived at the scene more than 3 minutes before EMS in 36% of cases.

The next step is to evaluate whether using the system improves patient outcomes, and the German team is currently discussing how to do that in an ethical manner, according to Christian Elsner, MD (University Hospital Schleswig-Holstein, Lübeck), who is a member of the EHRA board.

He told TCTMD, however, that a speedier response is likely to have a clinical impact. “The rule of thumb is there’s 10% more survival per minute,” he said.

The concept for the app, a joint initiative of University Hospital Schleswig-Holstein and the EHRA, sprung out of similar smaller initiatives in Europe. The effort was announced in a press release issued to coincide with the EHRA EUROPACE-CARDIOSTIM 2017 meeting taking place this week in Vienna, Austria.

Elsner said the system is currently being rolled out in several cities in Germany, and the team has been in contact with stakeholders in numerous European countries and has begun translations into several languages.

He noted that the app can be branded with a city’s name and that integration with emergency dispatch services is relatively straightforward. In Germany, the app is easily configurable with the “click of a mouse” for nearly 60% of emergency systems. It would take about 1 to 3 days to implement the service in the remaining systems.

Costs are not very high, and the main concerns EMS systems have had revolve around data security—which is taken very seriously in Germany—and legal aspects, Elsner said. Those issues have been addressed by receiving certification that the app is “data secure” and by providing cities with the option to purchase insurance for those using the system, he said.

Optimal Cardiovascular Health Not Offset by Poor Health as a Whole