Radial access in this high-risk population was associated with not only reduced bleeding and complications, but also lower mortality. 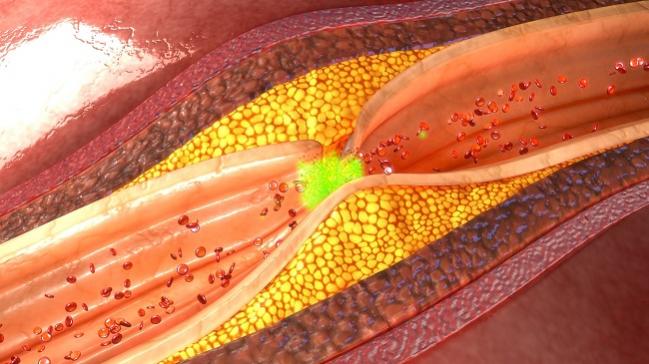 In high-risk STEMI patients who fail thrombolysis and subsequently undergo coronary revascularization with PCI, the transradial approach yields significant clinical advantages over the femoral route, according to the results of a new study.

Importantly, transradial PCI was also linked to a 41% reduction in the risk of in-hospital mortality and a 28% reduction in death at 30 days, researchers reported in the November issue of JACC: Cardiovascular Interventions.

“If thrombolysis works, that’s great, but if it doesn’t then you need to worry about how you’re going to plan your procedure,” lead investigator Muhammad Rashid, MBBS (Keele University, Stoke-on-Trent, England), told TCTMD. “I think a key message from the study is all about what strategy you’re going to take in this high-risk patient population.”

This latest analysis, he added, reinforces the point that radial is the best approach in patients with the most to gain from the procedure: those at high risk for bleeding.

Primary PCI is the current gold-standard treatment for patients with STEMI, but Rashid noted thrombolysis is still common in parts of the world, such as areas where primary PCI is not well established or can’t be delivered in the recommend time window. Previous analyses have suggested that more than a quarter of STEMI patients in China are treated with thrombolysis, while registry data have also shown there remains a large percentage of STEMI patients in the United States still treated with fibrinolysis.

In some of these patients, thrombolysis might fail to resolve or incompletely resolve symptoms, which will then lead to a transfer for PCI, said Rashid.

“I think this population is one of the highest-risk populations we’re dealing with in STEMI situations,” said Rashid. “This is not only because they have received thrombolysis, but we also have to appreciate these patients may be hemodynamically unstable. They might be having extensive reinfarction.”

It’s not just that the patients might be unstable. Another factor is that PCI has changed dramatically in the last decade with the introduction of more potent medications. “Historically, when thrombolysis emerged on the horizon, it was only being used on its own,” said Rashid. “Now, with the advent of stronger dual antiplatelet therapies, such as P2Y12 inhibitors, these patients are at a particularly high risk for bleeding.”

Using data from the British Cardiovascular Intervention Society (BCIS) database, they identified 10,209 patients between 2007 and 2014 who underwent PCI following thrombolysis. During that time, the use of PCI following thrombolysis declined significantly, down from 38% in 2007 to 1.2% in 2014. Similarly, there was an uptake of transradial PCI for the treatment of these patients, with radial access use nearly doubling from 43% in 2009 to 82% in 2012.

The in-hospital, 30-day, and 1-year mortality rates among the 4,959 patients treated with transradial access were 1.8%, 3.7%, and 5.6%, respectively. Of the 5,250 patients treated with transfemoral PCI, the respective rates were 4.7%, 7.5%, and 9.8%. The difference in mortality between the transradial and transfemoral PCI arms was statistically significant.

In an editorial, Sunil Rao, MD (Duke Clinical Research Institute, Durham, NC), and Surya Dharma, MD, PhD (Indonesian Cardiovascular Research Center, Jakarta), note that August 2017 marked the 25th anniversary of the first transradial PCI. The study by Rashid and colleagues is just one of many now showing the benefit of radial access across the spectrum of STEMI patients.

To date, more than 3,000 patients with stable angina and 19,000 patients with ACS have been randomized in trials comparing transradial versus transfemoral access, write Rao and Dharma. Those pooled data show transradial access reduces the risk of access-site complications by approximately 60% and reduces mortality in ACS patients by more than 25%.

In August, the European Society of Cardiology updated their guidelines for the management of STEMI patients. In doing so, transradial access for primary PCI was awarded a class I indication.

“There is no doubt about the efficacy and better outcomes related to transradial access,” said Rashid. “It’s about getting the message across to the next generation of cardiologists to plan their procedures based on the evidence out there. How are we going to improve patient care? How are we going to minimize major bleeding complications and also have better outcomes?”

In 2015, a similar study of 9,494 patients undergoing rescue PCI following fibrinolytic therapy in the National Cardiovascular Data Registry (NCDR) CathPCI Registry showed that just 15% of these patients were treated via the radial artery. In that study, transradial access was associated with a lower risk of bleeding, although mortality was not reduced compared with transfemoral access.