Highly experienced operators received twice the amount of chest radiation than they would from a femoral procedure. 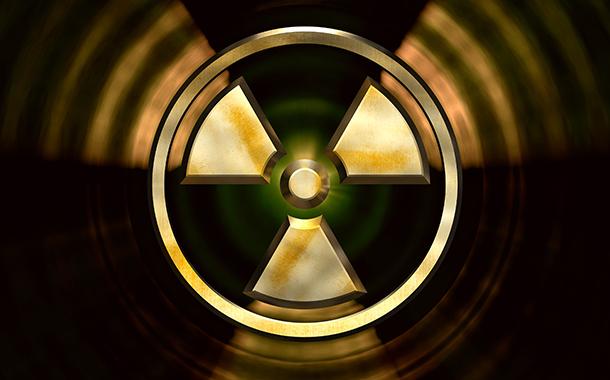 WASHINGTON, DC—Both operators and patients are exposed to greater radiation doses during radial PCI than during comparable femoral procedures, according to results of a large, contemporary study of high-volume operators and their ACS patients.

Although the difference in radiation was relatively small for patients—approximately 10% between radial versus femoral—it translated into nearly a twofold increase in exposure to the operator’s thorax.

Alessandro Sciahbasi, MD, PhD (Sandro Pertini Hospital, Rome, Italy), showed a slide indicating that for every 100 procedures performed, a femoral operator is exposed to the equivalent of 6 chest X-rays compared with 11.5 for a radial operator.

“[T]he data do worry me,” he said, adding that the findings are important for operators to pay attention to, particularly as the radial approach is becoming more prevalent in clinical practice.

Risk Persists, Even Among Most Experienced Operators

RAD-MATRIX was a substudy of the MATRIX trial, which randomized over 8,400 ACS patients with or without STEMI to radial or femoral PCI between October 2011 and November 2014. The substudy focused on 18 operators who collectively performed 777 of those procedures (398 radial).

Operators in the study wore dedicated dosimeters on the left wrist, at mid-thorax level in the breast pocket outside the lead apron, and at head level (to measure eye exposure). In addition, standard operator protection from radiation included a lead apron, a thyroid lead collar, lower body X-ray curtain fixed on the angiographic table, and an upper mobile leaded glass suspended from the ceiling. Patient exposure was measure indirectly using a conversion factor of 0.20 mSv/Gy cm2.

The authors hypothesized that 13 or more operators, each wearing a thorax, wrist, and head dosimeter, plus randomizing at least 13 patients per access site, were needed to establish noninferiority of radial versus femoral access. Instead, they found that noninferiority was not achieved and that the operator equivalent dose at the thorax was much greater with radial than femoral access (77 μSv vs 41 μSv; P = 0.02). The difference persisted after normalization of operator radiation dose by fluoroscopy time or DAP and was consistent across individual operators. Operator doses at the thorax, head, and wrist were similar for left and right radial procedures.

According to Sciabasi and colleagues, the incremental operator effective dose for a single radial versus femoral procedure is about 1.1 μSv. Extrapolated over 300 procedures, this corresponds to an extra 330 μSv, or the equivalent of 17 additional chest X-rays.

The results of RAD-MATRIX run counter to findings from a recent meta-analysis, which suggested that radiation exposure with radial access narrows over time, possibly based on operator experience, resulting in a clinically insignificant increases in radiation risk compared with femoral procedures.

Rao said this study and others publicizing the health hazards operators face are important because they result in radioprotection increasingly becoming more ingrained in the “interventional community consciousness.”

Since the operators in the study were highly experienced, Sciahbasi and colleagues caution that the findings cannot be extrapolated to less experienced operators who may be exposed to even higher levels.

W. Douglas Weaver, MD (Henry Ford Hospital, Detroit, MI), who was not involved in the study, told TCTMD that while the findings are not surprising, older and more experienced operators like those in the study should be mentoring their younger colleagues about best radiation practices in the cath lab.

“This is also fodder for engineers to figure out better ways to shield operators and patients,” Weaver said. “Certainly those doing procedures are far more shielded than they used to be, but I think we still have concerns about what we can do to shield the operator’s head a bit more.”

But Weaver said the lower risk of bleeding and vascular complications for the patient are “more than enough reason to want to keep doing radial the way we’ve been doing it, just in a way where people are protected as best they can be.”

Radiation Risks for Radial Operators Can Be Cut With Cheap, Effective Pelvic Drapes