Though reassuring, it’s important to remember the results come from a propensity-matched, retrospective analysis, panelists at EuroPCR 2018 said. 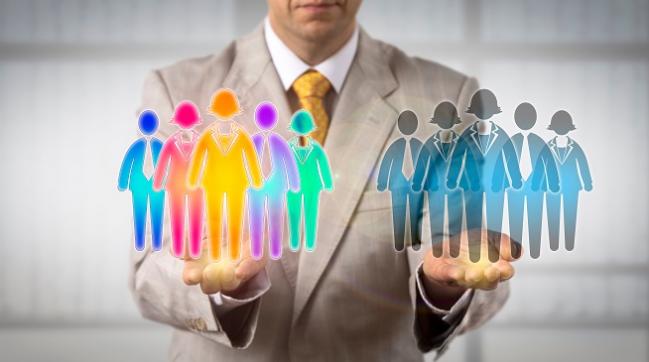 PARIS, France—US registry data presented this week at EuroPCR back the use of Sapien 3 (Edwards Lifesciences) for TAVR in intermediate-risk patients, matching the safety and efficacy results seen in the PARTNER II S3 (S3i) trial.

“Comparing rigorously conducted FDA trials in the fewer, carefully selected experienced centers . . . with an almost all-inclusive, large national registry, there were no differences in all-cause mortality, all strokes, and rates of new pacemakers,” investigator E. Murat Tuzcu, MD (Cleveland Clinic, OH), told attendees. Based on what’s seen here, he added, “data from a carefully conducted large national registry can be a reliable source of data to validate or augment regulatory approval studies.”

Speaking with TCTMD, Ted Feldman, MD (Evanston Hospital, IL), a panelist in the session, offered one caveat, namely that “most of the volume in the TVT Registry,” a key data source for the analysis, “comes from more-established sites that have had a relatively longer learning curve. So I’m not surprised that the numbers are good.”

No matter the type of TAVR device, he added, “the more contemporary the experience, the better the outcomes.”

Only the trial involved core labs, though events were adjudicated by independent medical reviewers in S3iCAP and by Duke Clinical Research Institute cardiologists in the TVT Registry.

Baseline characteristics differed among the three groups, so propensity matching was used to adjust for disparities; the analysis was also restricted to patients treated with a transfemoral approach. Even after matching, mean STS score was slightly but significantly higher for S3i patients than for the S3iCAP and TVT Registry patients (5.2 vs 4.5 and 4.4, respectively; P < 0.001).

Tuzcu noted that the study, as a retrospective analysis, could suffer from unknown confounding. Also, he said, some outcomes, such as vascular complications and paravalvular leak, were site-reported and nonadjudicated in the two registries.

Making Sense of the Numbers

Rather than the registry results failing to match up to a trial setting, “in fact it appears that clinical practice is moving way ahead of randomized controlled trials,” session chair Bernard Prendergast, MD (St Thomas’ Hospital, London, England), said after the presentation. “Is that a trend that has continued in the US since the time you conducted this analysis?”

The annual reports coming out of the TVT Registry would suggest the answer is yes, Tuzcu said. “We see a consistent decrease in mortality, procedural complications, as well as pacemaker rates. First of all, these 453 centers all were trained very rigorously. There’s also, in addition to individual center or operator education, . . . a very robust communal education, if you will. I think the TAVR community did a good job in that sense. So I expect as we go forward we will have consistent and safer results.”

Prendergast pointed out that some of this improvement may be explained by a shift toward gradually younger and lower-risk patients, and Tuzcu agreed.

Feldman noted in the discussion that while outcomes are getting better, “there are some huge methodologic problems with the TVT Registry. The most important one is incomplete reporting.”

“So when you’re trying to do a study out of the TVT Registry, you get a spreadsheet that has many, many, many missing fields in it,” he stressed. “And we have no idea how to assess [what’s not there]. If you do a sensitivity analysis and call them negative outcomes, then everything looks terrible. We just don’t know how to deal with it.”

Efforts are being made to work through that, Tuzcu said. “You have to be very clear in the ‘missingness’ of your data and when you report the tables in your manuscripts, it’s very important to put the denominator.”

To TCTMD, Feldman explained that what’s key here is that “in the aggregate, the TVT data were good.”

“It’s also important to recognize the analysis was propensity matched,” he noted, “so it wasn’t all-comers in a big bucket and it wasn’t stratified by high versus intermediate risk. These were just intermediate-risk patients.”

Real World Outcomes of TAVR with the SAPIEN-3 Valve in Intermediate Risk Patients: Comparison of Data from the TVT Registry with PARTNER S3 Studies

TAVR as an Option for Intermediate-Risk Patients: Physicians Respond