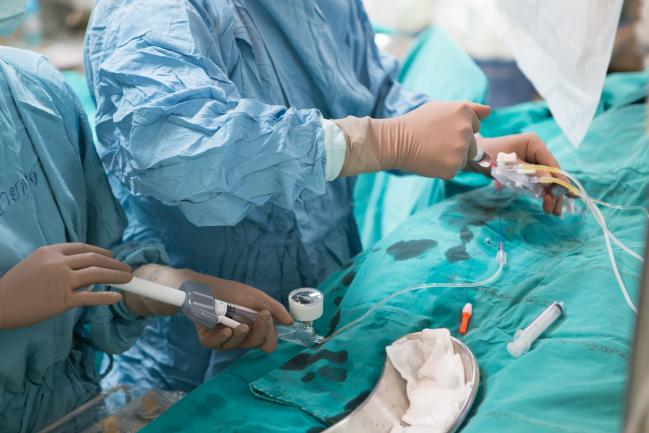 In STEMI patients with multivessel disease, culprit-vessel PCI followed by staged nonculprit revascularization leads to better outcomes at 2 years versus complete revascularization at the index PCI or infarct-only PCI, data from a large registry suggests. However, the paper also adds evidence that treatment choice needs to take into account factors such as severity of illness, age, and location of the nonculprit vessel.

Optimal treatment for noninfarct-related arteries has been an ongoing debate for some time, and guideline recommendations have traditionally favored the infarct-only approach to avoid additional risk. But in recent years several randomized trials, including PRAMI, CvLPRIT, and DANAMI3-PRIMULTI, began to stack the evidence base toward complete revascularization and away from the stance of the current guidelines. In late 2015, a focused guideline update from the American College of Cardiology, American Heart Association, and Society for Cardiovascular Angiography and Interventions gave PCI of the noninfarct artery a class IIb recommendation, stating that it may be considered in selected patients with STEMI and multivessel disease who are hemodynamically stable, either at the time of primary PCI or as a planned staged procedure.

More recently, the first of two installments of updated appropriate use criteria (AUC) for coronary revascularization was published last month. It concludes that nonculprit coronary artery revascularization at the time of primary PCI “may be appropriate,” but cautions that “because this is an emerging concept on the basis of relatively small studies, clinical judgment by the operator is encouraged.”

Registry: Complete Revascularization for Some, Not All

The latest registry study, published in the January 9, 2017, issue of JACC: Cardiovascular Interventions, suggests that select STEMI subgroups may benefit from multivessel PCI, while most others seem to do better with a culprit-vessel-only approach or with culprit-vessel revascularization followed by subsequent {“staged”) procedures to address other lesions.

“Our results seem to suggest that [multivessel intervention] at the time of primary PCI may be considered in select patient subgroups and particularly in the presence of nonculprit LAD disease,” Iqbal and colleagues write.

In an accompanying editorial, Merril L. Knudtson, MD (University of Calgary, Alberta, Canada), notes that the findings are “in striking contrast with the inconsistent and imprecise anatomic descriptors otherwise available in most reported case series, a weakness that continues to challenge meta-analysis methodology and prevent gaining further insight into optimal multivessel STEMI intervention.”

According to Knudtson, inconsistent lesion severity thresholds, poor documentation of revascularization decisions, and lack of tools to specify location and amount of myocardium subtended by jeopardized vessels have all hampered clinical research in this area. Physiologic confirmation of lesion severity is particularly relevant for nonculprit disease in the setting of STEMI, he says, adding that data from the DANAMI-3 PRIMULTI trial suggests that assessment by fractional flow reserve (FFR) can be helpful to confirm lesion severity and make decisions about culprit-only or complete revascularization. In fact, the newly updated AUC include mention of FFR to inform treatment decisions.

“Nonculprit disease discovered in the setting of acute STEMI intervention requires a plan that acknowledges the need to avoid reflex supplemental intervention at this vulnerable time,” Knudtson concludes.

Hannan suspects this is why the culprit-only group looks as good as it does. “They should probably have omitted patients with a repeat PCI in nonculprit vessel as a sensitivity analysis to see if this changed the conclusions about CVI-O,” he observed.