To prescribe preventive medications without providing advice on physical activity would be shortchanging patients, one expert says. 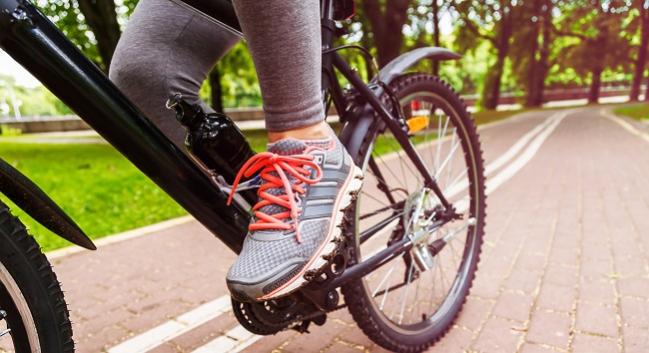 Achieving or maintaining a high level of physical activity after an MI may help patients survive the initial 4 years after the event, a Swedish study shows.

Compared with patients who were consistently inactive, mortality risk was lowest among those who maintained an active lifestyle, according to Örjan Ekblom, PhD (Swedish School of Sport and Health Sciences, GIH, Stockholm, Sweden).

However, significantly reduced risks were also seen in patients who became active during follow-up and even in those who made the switch from being active to inactive, indicating a protective carryover effect, Ekblom reported last week at EuroPrevent 2018, a European Society of Cardiology (ESC) congress, in Ljubljana, Slovenia.

“It is very important that physicians, cardiologists, and caregivers emphasize this and that we also build a system that can take care of these patients, because they are unaccustomed to being physically active, many of them,” Ekblom told TCTMD.

Such a system is necessary, he said, because physicians are often not as adept at addressing lifestyle issues like physical activity as they are at discussing alcohol abstinence or smoking cessation, for instance.

Moreover, fear coupled with a lack of knowledge about how they should exercise is a barrier to getting post-MI patients to increase their activity levels, Ekblom said. “Most patients are scared of exercising. They may have the notion that after myocardial infarction the heart needs to rest and they need to take it easy, while I’d say it’s quite the opposite.”

Most patients are scared of exercising. They may have the notion that after myocardial infarction the heart needs to rest and they need to take it easy, while I’d say it’s quite the opposite. Örjan Ekblom

Though prior studies have shown that regular exercise can help prevent MIs in the first place, less has been known about how changes in activity levels after MI affect outcomes.

For this study, Ekblom and colleagues looked at data from the RIKS-HIA registry of initial and subsequent MI-related care, the SEPHIA registry, which provided self-reported activity information, and the Swedish Census registry. The analysis included 22,227 Swedish patients ages 18 to 74 years old.

Patients self-reported activity levels at two secondary prevention visits at 6 to 10 weeks and then 12 months after MI. If they reported no more than one exercise session lasting at least 30 minutes in the past week, they were considered inactive. Those who exercised at least twice in the previous week were considered active. The researchers used that information to form four groups:

During a mean follow-up of 4.2 years, 1,087 patients died. Unadjusted mortality rates (per 1,000 person-years) were 28.2, 12.7, 11.4, and 7.5 in the patients who were constantly inactive, reduced their activity, increased their activity, and remained constantly active, respectively. After adjustment, risks of mortality were lower in the other three groups compared with patients who were consistently inactive.

Mortality Risks Based on Activity Level

Commenting for TCTMD, ESC spokesperson Joep Perk, MD, PhD (Linnaeus University, Kalmar, Sweden), said via email that the study “shows the surprisingly high protective effect of becoming physically active after MI.” He added that the lower risk of mortality in patients who reduced their activity was not very surprising because there was some level of activity at baseline.

He said physicians often do discuss with their post-MI patients the importance of being physically active but pointed out that one of the challenges with getting this group to exercise is the fact that “many patients think they are fully [cured] after a PCI and do not need any further lifestyle changes.”

Guidelines support at least half an hour of physical activity most days of the week, as well as participation in a cardiac rehabilitation program that includes regular physical training for patients with MI, Perk noted.

“Regular physical activity is the main cornerstone of life after an MI,” he said. “If doctors are satisfied with just prescribing preventive drugs after MI and fail to provide state-of-the-art follow-up and advice on the needed protective effect of physical activity, they do not deliver the quality of care patients deserve.”