This is an “incredibly important” question that comes up “all the time,” experts say. The answer is not the one patients were hoping for. 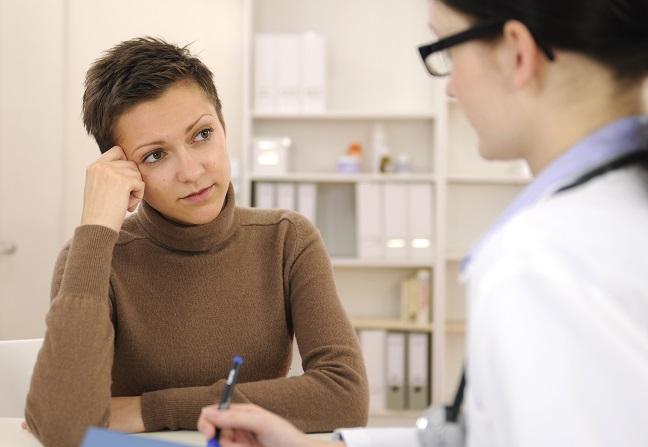 CHICAGO, IL—It’s a crushing finding for patients with dilated cardiomyopathy (DCM) who have had their symptoms and heart function resolve on medication: withdrawal of their heart failure meds is likely to lead to a return of their disease, according to results from the TRED-HF trial.

Brian Halliday, MD (Imperial College London, England), who presented the open-label, randomized, pilot trial at the American Heart Association 2018 Scientific Sessions, explained that it’s never been clear whether DCM patients who respond well to treatment are “cured” of their disease, or merely in remission. It’s an issue that comes up often, Halliday said. “Our patients frequently come to us in clinic and ask, ‘Do I need to take these medications forever, doctor?’” The patients are typically quite young, he added, and the answer to this question “really submits them to 40 or 50 years of lifelong medications.”

Halliday unveiled the TRED-HF results during a late-breaking clinical science session here today; they were published simultaneously in the Lancet.

TRED-HF recruited patients from a network of hospitals in England, with enrollment at a single London center. To be included in the study, patients had to have had a prior diagnosis of DCM with a dilated LV and an LVEF < 40% at the time of diagnosis. Subsequently, however, patients need to have increased LVEF to above 50% and have normal left ventricular end-diastolic volume (LVEDV)—both as measured on cardiac magnetic resonance (CMR) imaging—as well as N-terminal pro-B-type natriuretic peptide (NT-proBNP) < 250 ng/L, and to be in NYHA class I.

After screening, patients were randomized to continued care or a structured program of medication reduction and stoppage starting with loop diuretics, then progressing to mineralocorticoid receptor antagonists (MRAs), beta-blockers, and finally ACE inhibitors and ARBs over a 16-week period, with clinic reviews every 4 weeks. At 16 weeks and 6 months, patients had their NT-proBNP measured and underwent CMR. The primary endpoint was relapse of DCM defined as any one of the following:

After the 3-month follow-up, patients in the control group crossed over to therapy withdrawal. A total of 51 patients were ultimately randomized to withdrawal or control. One patient dropped out before completing the protocol.

In the initial withdrawal group, a full 44% of patients relapsed. In the single-arm crossover group, 36% relapsed during the treatment withdrawal phase.

Of the 50 patients who began therapy withdrawal, 20 met the primary endpoint, 25 completed follow-up without initiation of treatment, and just 16 completed withdrawal without deterioration of LVEF, Halliday summarized. There were no deaths or unplanned heart failure hospitalizations, but three serious events occurred, including hospitalizations for urinary sepsis, noncardiac chest pain, and an elective procedure.

“Withdrawal of therapy should not usually be attempted until predictors of relapse are defined, we have a better understanding of the importance of specific therapies, and we have monitoring in place,” Halliday concluded. “Improvement in function represents remission rather than permanent recovery for many patients.”

All of the patients who relapsed were put back on meds and all recovered quickly, he added. But the decision to restart therapy was difficult news for patients, who were no doubt hoping for a different answer from TRED-HF.

“The patients’ enthusiasm for taking part in this study was incredible,” Halliday told TCTMD. “We had participants fly in from across the UK, one participant took 10 flights over the course of a year to come and take part, so they were super enthusiastic, and I think because the monitoring was so tight, we often picked up the deterioration in the cardiac function before the patients felt any change in their symptoms. So whenever we told patients that their cardiac function had reduced, they were often surprised, and when we told them they had to go back on their medications, lots of them were reluctant and it took some persuading.”

While the news was disappointing, patients also seemed relieved to have some solid, individualized evidence. “They seemed satisfied that at least we had tested it and they got a good answer,” he said.

Jane E. Wilcox, MD (Northwestern University, Chicago, IL), was the discussant for TRED-HF here today and the co-author, with Clyde Yancy, MD (Northwestern University), of an editorial in the Lancet. She called the trial an “important study,” not least of which for demonstrating just how swiftly the gains in DCM reversed when patients went off their medications. “Recrudescent heart failure occurred in just 8 weeks—2 months—in 44% of patients,” she noted.

“I think the key implications of this study really lead to further questions about mechanisms of improvement,” Wilcox said. “We currently have no clinical profile, including biomarkers, of ejection fraction that really aligns with response to medical therapy and identifies a patient who truly has recovered and could have medical therapy withdrawn,” she said. “The clinical implications? ‘TRED’ lightly. The question of recovery versus remission has potentially been answered in this pilot study. In 2018 we have no true signature of recovery, and these patients indeed are in cardiac remission and do have an indefinite indication for continuing their evidence-based medical therapy without interruption.”

Asked whether there were any signals of patient factors that could help identify someone who could be safely weaned from their meds, Halliday stressed that the study was not powered to look for that kind of information. That said, risk factors associated with relapse included higher baseline NT-proBNP, greater number of baseline medications, and baseline prescription of an MRA. Greater global strain on CMR was associated with a lesser likelihood of relapse.

While genetic DCM might be less amenable to a “cure,” TRED-HF investigators found no association between family history or variants known to be linked with DCM and likelihood of relapse when medications were stopped.

“DCM is such a heterogeneous and diverse condition, that affects so many different patients from different backgrounds, with different triggers,” he told TCTMD. “It’s a complicated picture. Looking for one or two markers that indicate the chances of relapse: we’re not going to find those and it’s going to be a multimarker approach,” Halliday predicted.

“I don’t think this squelches the future of myocardial recovery but should invigorate the field for a broader assessment of genomics, proteomics, metabolomics, looking for that true signature of cardiac recovery,” Wilcox said. “I also think this highlights the importance of a rigorous standardization in how we measure cardiac mechanics.”

Donald Lloyd-Jones, MD (Northwestern University), program co-chair for this year’s Scientific Sessions and chair of a press conference where TRED-HF was presented and discussed, acknowledged that it’s somewhat unusual for a 51-patient clinical trial to make the slate of late breakers at a major medical meeting. The magnitude of the question justified its inclusion.

“This is an incredibly important clinical question that comes up all the time,” he said. “I really want to commend the investigators for taking on what is, on its face, an ethically challenging question—taking therapy away when we don’t know what the effect is likely to be. But I think they checked all the boxes for making sure this was done in a very safe and monitored way, so that even if the outcome was what it turned out to be, the harm was minimalized.

“I think it does push us down the path of trying to understand better what patients we might want to select in the future for withdrawal of therapy, because no patient wants to be on more medications than they need to be,” Lloyd-Jones continued. “But for the time being, this [heart failure] classification needs to remain on medications until we understand a little bit more.”