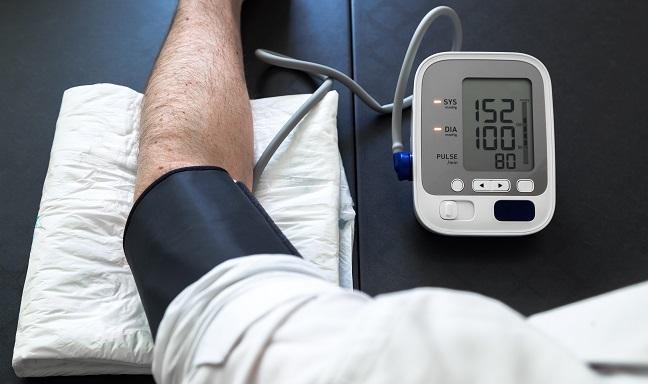 WASHINGTON, DC—Alcohol-mediated renal denervation allows for efficient and safe nerve ablation as well as significant drops in blood pressure, suggest new registry data. However, future sham-controlled trials will give more information as to how the field—which has been carefully rebuilding after the disappointment of SYMPLICITY HTN-3—may be able to move forward with this technology.

It’s clear from the literature that renal denervation is effective, said Horst Sievert, MD (CardioVascular Center Frankfurt CVC, Germany), who presented 6-month postmarket study results in a late-breaking clinical trial session here at CRT 2019. “SYMPLICITY HTN-3 just had too many mistakes, that's why this trial was negative. The problem we now are facing is that it is effective, but the effects are pretty small,” he explained during a press briefing. “The community of referring doctors as well as the patients will probably hesitate to undergo a procedure when the blood pressure reduction is only 10 mm Hg. So what we need is outcome studies to prove that this reduction in blood pressure really has some effects on morbidity and mortality.”

In contrast to other modalities that use radiofrequency energy to ablate the renal nerves, the Peregrine system (Ablative Solutions) used in the TARGET BP program is a catheter-based device with three needles that inject alcohol into the perivascular space of the renal arteries. It has CE Mark approval in Europe but has not been approved in the United States.

Sievert presented results from 45 denervation-treated patients with a mean office systolic BP ≥ 150 mm Hg and diastolic BP ≥ 85 mm Hg plus a 24-hour mean systolic ambulatory BP ≥ 135 mm Hg (with ≥ 70% valid readings); all were also adhering to a stable medication regimen of at least one diuretic and two other antihypertensives. There was no control group.

Procedural success was 100%, with two minor dissections not requiring additional intervention reported. At 6 months, with one patient lost to follow-up, there were significant reductions from baseline observed in both office BP (-18/-10 mm Hg) and 24-hour ambulatory BP (-11/-7 mm Hg; P < 0.001 for all).

There were no medication changes in 73% of patients at 6 months, with most of the changes related to decreases in medication due to improved BP. Also, there were no major adverse events reported over the study period.

Looking forward, Sievert said the ongoing TARGET BP OFF-MED trial, along with the upcoming TARGET BP I trial and TARGET BP SAFETY study, will give greater indications as to the future of this device. The first two are sham-controlled and will include patients off medications and on two to five medications, respectively, while the last study will be based on registry data and include crossover patients.

Commenting on the data for TCTMD, Deepak Bhatt, MD, MPH (Brigham and Women’s Hospital, Boston, MA), who was not associated with the study, said in an email that the concept of alcohol-based renal denervation “seems very interesting and worth exploring further in adequately powered, randomized, blinded trials. It is reassuring that there were no significant safety concerns, though that will need to be evaluated in larger numbers of patients with more diverse operators.

Following the presentation of these data, panel co-moderator Spencer King III, MD (Emory University, Atlanta, GA), called the study a “very clear early feasibility look at this technique.” At this point, “are we still in the phase of saying, ‘Does this really work?’ Or have we gotten past it to the point to say, ‘If we get effective renal denervation, it’s going to work?’” he asked.

Absolutely, Sievert replied, noting that maintaining a similar level of medication adherence between study arms will still be a concern. The most pressing issue right now will be establishing evidence of a long-term mortality reduction with available renal denervation devices, he said. Then moving to head-to-head trials would be the next logical step.

Comparing this device to other available devices, Gary Mintz, MD (Cardiovascular Research Foundation, New York, NY), asked Sievert if he has observed any differences both in terms of efficacy and also ease of use in the cath lab.

“It’s definitely a very straightforward procedure. You just insert the catheter, pull out the needles, inject the alcohol. So that's very easy to do,” Sievert said. “Second, I believe in this concept because the penetration depth is much more than with radiofrequency. With radiofrequency, we can reach out to 2 or 3 mm, and with this one we reach out to 5, 6, 8, 10 mm.”

1 year ago
Renal nerves and modulation is an exciting area but trying to damage nerves is never going to work ! Futile attempts either with alcohol or ablation.we can not succeed by ignoring anatomy. Industry has invested alot but anatomy tells we are on wrong way. In a 2016 paper by Guram Imnadze “Operators performing RSD have minimal data to optimize catheter position for the most effective denervation. To date, only a limited number of studies have described the microanatomy of renal nerves, of which, only two involve humans.”