But that was not enough to reduce overall events in the trial, which were dominated by mortality related to worsening HF. 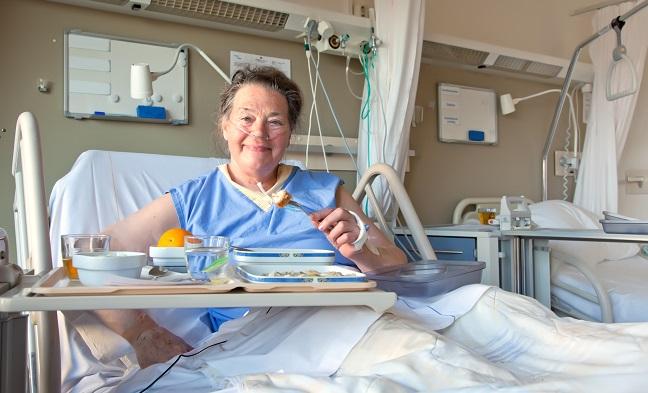 CHICAGO, IL—Low-dose rivaroxaban reduces thromboembolic events in patients with worsening heart failure, reduced ejection fraction, CAD, and normal sinus rhythm, a post hoc analysis of the COMMANDER HF trial shows, but that benefit does not make a dent in overall adverse outcomes—mostly deaths due to progressive heart failure—in this population.

The main COMMANDER HF results, reported earlier this year, showed that low-dose rivaroxaban failed to lower the rate of a composite of all-cause death, MI, or stroke. However, Greenberg noted, most endpoint events—about three-quarters—were all-cause deaths, and many of those were due to worsening heart failure. Thus, any thromboembolic benefit from rivaroxaban would have been overwhelmed by the heart failure deaths.

He said it should be recognized that patients in COMMANDER HF and those in COMPASS, which demonstrated a benefit of low-dose rivaroxaban combined with aspirin in patients with stable atherosclerotic vascular disease, had different degrees of disease along the ischemic heart disease spectrum, and that rivaroxaban improved ischemic outcomes along that continuum.

One has to recognize that patients with heart failure have substantial risk beyond the ischemic heart disease risks, and as such using rivaroxaban in this context may not necessarily improve their prognosis very much because it is dominated so much by the heart failure risk. James Januzzi Jr

“The bigger question, though, is: in patients with heart failure, is that good enough to improve their prognosis given the fact that heart failure has a substantial risk itself beyond the coronary disease events?” Januzzi said.

The findings of this post hoc analysis might cause some clinicians to consider using the low dose of rivaroxaban—which was approved by the US Food and Drug Administration based on the COMPASS results—to lower thromboembolic risk in some of their patients with heart failure, Januzzi said. But, he stressed, “one has to recognize that patients with heart failure have substantial risk beyond the ischemic heart disease risks, and as such using rivaroxaban in this context may not necessarily improve their prognosis very much because it is dominated so much by the heart failure risk.”

COMMANDER HF was the latest in a long line of trials that had failed to identify an approach to improve outcomes in patients after a hospitalization for heart failure. Anticoagulation was tried before—with warfarin—without success, but because the newer agents like rivaroxaban more directly target thrombin generation—which is thought to contribute to heart failure progression—researchers thought it was worthwhile to test the strategy again.

Moreover, ATLAS ACS 2-TIMI 51 and COMPASS, which demonstrated event reduction with rivaroxaban 2.5 mg twice daily in patients with ACS and stable disease, respectively, enrolled some patients with a history of heart failure and showed that these patients also derived a benefit from treatment.

COMMANDER HF failed to find a similar benefit low-dose rivaroxaban in patients with recent worsening of chronic heart failure with reduced ejection fraction, CAD, and normal sinus rhythm. A test for homogeneity, however, suggested that the hazard ratios varied among the components of the primary endpoint. In particular, there appeared to be lower rates of MI and stroke in the rivaroxaban arm.

This post hoc analysis delved deeper into those events. The composite endpoint used for this analysis included MI, ischemic stroke, sudden/unwitnessed death, and symptomatic pulmonary embolism or deep vein thrombosis. The composite and nearly all of its components indicated a lower risk in the rivaroxaban arm; the exception was pulmonary embolism, which occurred in 11 patients in the rivaroxaban arm and nine in the placebo arm (HR 1.24; 95% CI 0.51-2.99).

Serving as a discussant after Greenberg’s presentation, Freek Verheugt, MD (Onze Lieve Vrouwe Gasthuis, Amsterdam, the Netherlands), said the neutral result of the overall COMMANDER HF trial was not unexpected considering the results of similar trials using warfarin. However, the reductions in ischemic events seen in the post hoc analysis were not unexpected either, he said.

“Although COMMANDER HF did not meet its primary endpoint, low-dose oral anticoagulation did prevent ischemic endpoints, both ischemic stroke and MI, as elegantly shown by Dr. Greenberg,” Verheugt said. “These results underscore the long-term benefit of oral anticoagulation in chronic coronary artery disease, as found in the old post-MI trials with warfarin and now in modern times in the recent COMPASS and COMMANDER trials.”

“I think now we’re really at the point where we have to start individualizing care and understanding that a neutral trial does not necessarily mean that the drug should never be used in patients with heart failure, for example. But I think efforts really at this point should be made to try to understand in which patients these drugs might be beneficial as opposed to which ones it might not be,” Januzzi said.