The tool could be used to guide early management decisions or to identify ideal patients for clinical trials, researchers say. 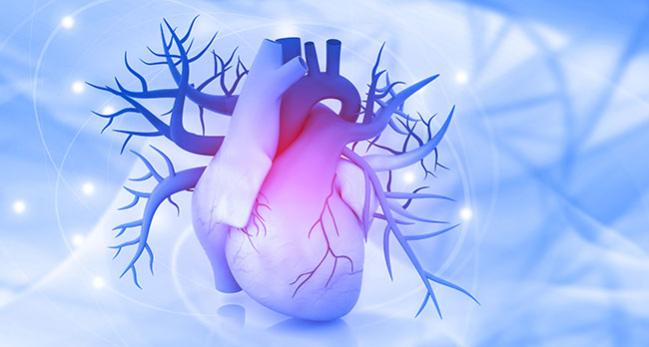 The score had “good” predictive value in the trial cohort and in two validation cohorts, they report in the April 18, 2017, issue of the Journal of the American College of Cardiology.

“The IABP-SHOCK II risk score is a simple tool that can be rapidly calculated in the catheterization laboratory setting and applied in clinical routine,” the authors write. “It might therefore serve for identifying patients for future clinical trials and, more importantly, it might help stratify patients according to their risk for short-term mortality and thus facilitate clinical decision-making.”

Just what those decisions may be, however, remains an open question. Judith Hochman, MD (NYU Langone Medical Center, New York, NY), who was not involved in the study, questioned the utility of such a score at this time, given the lack of interventions that have proven effective for improving cardiogenic shock outcomes after early revascularization.

So even though it’s important to have an accurate estimate of prognosis to inform patients, their families, and their care teams, the information gleaned from a risk stratification score will not change the aggressive treatment already used for cardiogenic shock, Hochman said.

There have been previous attempts to create risk stratification tools for patients with cardiogenic shock, but they have been limited by the use of data from small trials conducted in the pre-PCI era, the lack of validation, and the use of derivation cohorts that included patients with shock caused by other conditions than acute MI, according to Pöss et al.

For this new risk score, the investigators analyzed data from the IABP-SHOCK II trial, which showed that use of an intra-aortic balloon pump (IABP) did not improve outcomes in patients with acute MI-related cardiogenic shock. They identified six independent predictors of 30-day mortality (HRs ranging from 1.48 to 2.73), which were included in the score:

The age, glucose, and creatinine variables were given 1 point each in the new score, with the rest given 2. Risk level was defined as follows: low (0 to 2 points), intermediate (3 or 4 points), and high (5 to 9 points).

The score had good predictive value in the derivation cohort, with an area under the curve (AUC) of 0.74. That discriminatory ability was confirmed in two validation cohorts—one from the IABP-SHOCK II registry of patients who met exclusion criteria for the trial (AUC 0.79) and one from the CardShock trial (AUC 0.73).

Targeting Patients Who Are ‘Just Right’

Hochman pointed out that the AUCs indicate that some additional information which could strengthen the predictive value is missing. For example, she said, prior studies have identified the number of vasopressors used and anoxic brain damage as significant predictors of mortality. Thus, combining this risk score with other scores and information could enhance the prediction of outcomes, she said.

Both Hochman and the authors of an accompanying editorial, Duane Pinto, MD, and E. Wilson Grandin, MD (Beth Israel Deaconess Medical Center, Boston, MA), highlight the shortcomings of using dichotomous instead of continuous variables in a risk-stratification scheme.

“While enhancing simplicity, dichotomization of continuous variables in a risk score can lead to overestimation or underestimation of risk, particularly for patients with values hovering around the selected cut points,” Pinto and Grandin explain.

Hochman noted that four of the six variables included in the IABP-SHOCK II score—age, creatinine, glucose, and lactate—provide continuous values, so “you lose a lot of information when you dichotomize them.”

If the goal is to use such a score to inform patient selection for future trials—which Hochman and the editorialists say may be the most likely use of the tool—then the ability to input continuous values would enhance the ability to predict risk, Hochman said.

Pinto and Grandin note that prior cardiogenic shock trials have been criticized for including patients who were either too sick or not sick enough to show a benefit of intervention.

“Striving to reduce the unacceptable mortality rates associated with this challenging clinical syndrome, we must endeavor to avoid the trial and error method favored by Goldilocks when assigning risk to [cardiogenic shock] patients,” they conclude. “We hope the IABP-SHOCK II risk score will help differentiate ‘too sick’ from ‘too well,’ to allow application of novel and beneficial therapeutics to patients who are ‘just right.’”

Risk Stratification for Patients in Cardiogenic Shock After Acute MI

Usefulness of IABP Questioned in MI Patients with Cardiogenic Shock