Despite promising results from studies like TWILIGHT, physicians have been reluctant to drop aspirin early, experts say. 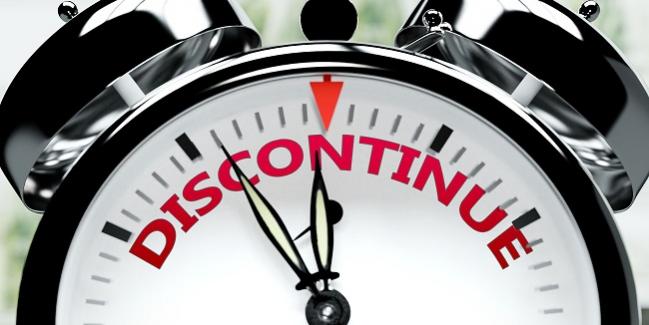 Dropping aspirin 1 to 3 months after PCI can reduce the risk of bleeding without increasing major adverse cardiovascular events in patients with stable CAD or ACS who continue on P2Y12 inhibitor monotherapy, according to a new meta-analysis.

In fact, the data even hinted at a lower risk of MACE with aspirin discontinuation.

“There has also been a lot of interest from both clinicians and patients in the idea of discontinuing medications earlier rather than prolonging therapy,” lead author Michelle O’Donoghue, MD, MPH (Brigham and Women’s Hospital, Boston, MA), told TCTMD. “Although there have been several trials that have suggested that by prolonging the duration of a P2Y12 inhibitor you may reduce the rate of MACE but at the price of increased bleeding, we see a different pattern that has emerged when aspirin is discontinued on the earlier side.”

Studies like TWILIGHT and GLOBAL LEADERS have recently shown that aspirin can safely be stopped early, although those randomized trials are limited by their careful selection of patients. Despite these data, “there has been a general reluctance to discontinue aspirin and continue monotherapy with a P2Y12 inhibitor,” said O’Donoghue. “We thought that it was important to combine all the data from randomized trials that is currently out there in order to better address the question.”

“It’s very difficult for human beings to get rid of an old habit,” Peter Jüni, MD (St. Michael’s Hospital, Toronto, Canada), who was not involved in the meta-analysis, told TCTMD. However, the cumulative data now show that dropping aspirin early after PCI with contemporary DES is “not only absolutely safe, [but] it’s really resulting in benefit and people should let go of their reluctance,” he said.

For the study, published online recently in Circulation, O’Donoghue and colleagues pooled patients from the following randomized trials:

All studies followed patients out to 12 months, with the exception of TWILIGHT, which randomized patients at 3 months and followed them through 15 months.

In the combined meta-analysis population of 32,145 patients, 43.8% had stable CAD while 56.1% presented with ACS. The P2Y12 inhibitor used in the intervention arm was more likely to be either prasugrel or ticagrelor (83.5%) compared with clopidogrel (16.5%).

Aspirin discontinuation at either 1 or 3 months post-PCI led to a significant reduction in bleeding events as compared with those who continued on DAPT with no increase in the rates of MACE, MI, all-cause death, stroke, or stent thrombosis.

As the only double-blind trial in this space, TWILIGHT was a “very important contribution to the literature,” according to O’Donoghue, but open questions related to the fact that it did not randomize patients until 3 months post-PCI and that it excluded those with STEMI remain. “That contributed to some of the reluctance to adopt the practice mainstream,” she said, adding that the cumulative data from this meta-analysis should help quell some of this apprehension.

Another strength of this study was being able to pool all of the MACE events to not only show no increase but also “a borderline reduction” in the relative risk of MACE through aspirin discontinuation. “The more that we have in terms of these large data sets to look at the question, . . . I think that that will provide important reassurance,” said O’Donoghue. “I think the next step will be whether or not this strategy ends up being incorporated in future guideline recommendations as well.”

Commenting on the study for TCTMD, Robert Byrne, MBBCh, PhD (Mater Private Hospital, Dublin, Ireland), said he understands why physicians might be unwilling to drop aspirin in this patient population. “We have a wealth of experience with aspirin,” he said, noting that along with patient selection issues already highlighted in past studies, new data have shown that aspirin monotherapy is best for long-term secondary prevention, and physicians might not want to switch their patients multiple times.

Also, he said, it’s not clear whether the primary driver of benefit in these trials is the shorter DAPT or the de-escalation to P2Y12 monotherapy. “With the refinement of PCI techniques, the very good results with second-generation DES, maybe it was just that these patients who had 3 months of DAPT also would have done quite well if they'd just been on aspirin at 3 months,” he said. “None of the studies looked at that, and I think for the average clinician that’s an important unanswered question.”

For now, O’Donoghue said she would “favor a strategy of ticagrelor monotherapy for patients in whom aspirin will be discontinued simply because we know that there exists such marked interpatient variability in response to clopidogrel. And since platelet function testing and genotyping are not yet prime time, I would want to have the additional reassurance of having patients on a more potent P2Y12 inhibitor.”

Future randomized trials in this space “can only provide greater reassurance,” she continued. “Some people would still like to see a larger number of patients with ST-elevation MI enrolled in some of these studies, but nonetheless, the substudies that have emerged from the TWILIGHT trial have been showing again very reassuring findings even within the highest-risk patient populations, including those who've undergone complex PCI procedures.”

Jüni said he’d also like to see future studies look at even shorter durations of DAPT, perhaps even 2 weeks, provided that potent P2Y12 inhibitors like prasugrel or ticagrelor were used. However, he admitted, it’s unlikely that a trial of that nature will find funding due to expiring patents.

As for Byrne, he would like to see another trial with short DAPT, one that de-escalates patients to aspirin monotherapy in one arm and P2Y12 monotherapy in the other. Also, “as we see more of the data and as we see improved outcomes with PCI and newer-generation stents, maybe P2Y12 monotherapy from the start might be a reasonable option,” Byrne said. “That would certainly remove some of the logistical concerns about switching after 3 months or 1 month and then switching after 12 months. It may be that a P2Y12 monotherapy from day 1 or from the end of hospital admission out to 12 months might be something that could be supported. We’re trying to get a large-scale clinical trial off the ground to look at exactly that. That will be called ISAR-REACT 6, and it's something that's in the planning stage.”