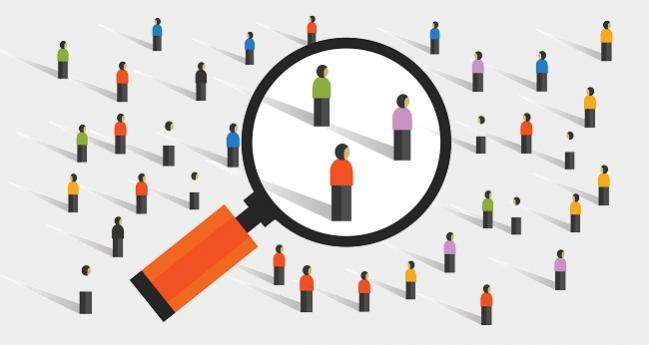 LONDON, England—Small, single-center series continue to trickle in suggesting that operators proficient in TAVR procedures for on-label procedures are also offering it to patients with no other options who don’t necessarily meet standard criteria—and seeing some promising results.

Three moderated posters, presented in the first few hours of the PCR London Valves 2018 meeting, explored the use of TAVR in patients with conditions that were typically exclusion criteria in the large randomized trials on which current indications are based. These include pure aortic regurgitation and severe heart failure, bicuspid aortic regurgitation (AR), and failed surgical valve bioprostheses. This last has, over the past year and a half, been included in the indications for use for specific devices.

Speaking with TCTMD, session moderator Ravinay Bhindi, MBBS (Royal North Shore and North Shore Private Hospitals, Sydney, Australia), characterized the three small series as reassuring but cautioned against overstating the findings. “I would say, in patients in whom all of the options are exhausted, these anatomies have been treated in small series with success, but in larger series, the data remains to be established,” he said.

Mattia Lunardi, MD (University of Verona, Italy), presented the single-center results of transcatheter aortic valve implantation in 15 patients with severe, noncalcific isolated AR complicated by advanced heart failure or cardiogenic shock. All patients were treated with the self-expanding CoreValve technology (a mix of Medtronic’s original and newer repositionable devices). Four of the patients developed AR after left ventricular assist device (LVAD) implantation while the others were degenerative cases, aortic graft failures, and aortic type 1 dissections. In 10 cases, a single oversized valve prosthesis was used (oversized by 10-20%), while the remaining patients needed two valves.

Overall device implantation success, defined by VARC-2 criteria, was achieved in 12 of 15 patients. Three of the four patients with LVADs had significant postimplant regurgitation: two of these patients died within 30 days and the other two underwent heart transplantation.

By contrast, the patients who did not have LVADs at baseline “were all alive at a median follow-up of 3 years and were all in NYHA class I or II and free from new clinical events,” Lunardi said.

“Despite our limited sample size, which is an obvious limitation of our work, this is the largest single-center experience of TAVI in pure aortic regurgitation using a commercial valve, and the first one in patients with these critical conditions,” he said. “Our findings are also supported by relatively long follow-up and may improve with increasing experience of the team.”

In second poster, Pedro Esteban Lopez Marinaro, MD (Hospital Universitari, Vall d’Hebron, Barcelona, Spain), presented his hospital’s experience treating bicuspid aortic valve regurgitation in 20 patients, with a balloon expandable device used in all but one patient. Procedural outcomes, he said, were similar to those achieved in patients with tricuspid aortic valve regurgitation, with nine of 20 patients having no postimplant regurgitation and 11 patients having grade I or II leaks.

At a mean follow-up of 5.5 years, 85% of patients were still alive and only a single patient had developed grade III paravalvular leak.

“TAVI in bicuspid valves is a feasible procedure with good long-term results, but more studies are still necessary to demonstrate durability of long-term devices is this special subgroup,” he concluded.

In the third and final poster, Francesco Notaristefano, MD (University Hospital of Perugia, Italy), and colleagues reported their single-center experience with valve-in-valve procedures for failed surgical bioprostheses. Among 23 patients, procedural success was 87%, and 100% survived the median follow-up period of 17 months. Investigators saw very few complications and no difference in outcomes between patients treated with self-expanding versus balloon expandable devices (although only three patients received the latter type).

Asked about the mechanism underpinning the higher gradients, Notaristefano speculated that valve underexpansion is likely a key factor, but said subclinical thrombus formation may also be at play. Patients in this series did not routinely undergo CT imaging, however, so thrombus could not be confirmed. “Maybe smaller diameter valve-in-valve is a predictive factor for thrombosis and also the smaller internal diameter [within the original surgical prosthesis] is predictive of thrombosis,” he suggested. “We cannot exclude subclinical thrombosis as a mechanism for these subtle but significant rises in gradients during follow-up,” he added, but noted that in this cohort only one patient developed clinically significant valve thrombosis and was “successfully managed with warfarin.”

Asked about stent frame fracture as a technique for improving internal diameter prior to the valve-in-valve implantation, Notaristefano agreed that this “may be an option.” He added, though, that “it can also cause some serious complications, so I think it’s a case-by-case decision. It’s not routine for us to fracture the stent.”

Speaking with TCTMD following the three presentations, Bhindi stressed that the results “need to be viewed in context.

“These poster sessions are highly selective cases and we’ve got to be cautious not to [overinterpret] the results,” he continued. “These are patients that are highly symptomatic or doing really poorly, and a lot of these studies include patients who were treated at a time when the evidence for how to treat bicuspid disease or pure AR was not defined. So sharing this data shows that it can be done and if you’re sure that you’re really at the end of the options, and the patients understand the limitations, then it is indeed encouraging that we can derive meaningful data from these small series. But clearly we can’t apply these as a broad principle.”

Noting that many of the people attending today’s moderated posters appeared to be “quite junior,” Bhindi added that he fears people may “go home and say, ‘I’m going to start doing this.’” That is not the message to take from these kinds of sessions, he said.