Some Benefits Seen for TAVR Over SAVR in Cancer Patients, as Use Grows

Patients who underwent TAVR had lower risks of acute kidney injury and major bleeding, and were more likely to go home. 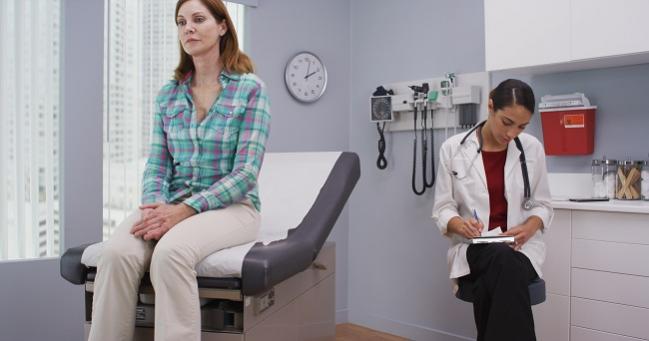 TAVR is not only safe but also potentially beneficial in patients with severe aortic stenosis who have been diagnosed with cancer, national US data suggest.

Between 2012 and 2015, use of TAVR increased relative to surgical aortic valve replacement in patients with a history of cancer, at a pace that exceeded what was seen in patients without cancer, lead author Avirup Guha, MBBS (Case Western Reserve University, Cleveland, OH), and colleagues report.

Additionally, the less-invasive procedure was associated with lower risks of acute kidney injury and major bleeding and an increased likelihood of being discharged home compared with SAVR, both in patients with cancer and in those without a history of malignancy, according to data published online January 21, 2020, in the Journal of the American Heart Association.

“These findings suggest that transcatheter therapies have improved access to aortic valve replacement in a population at high risk for surgery and offered an additional option for patients who may not have been previously eligible for therapy,” Guha et al write.

The number of cancer survivors around the world is increasing due to advancements in treatment, and aortic stenosis is more common in this population than in the general public. Historically, many of these patients have been turned down for SAVR due to concern about their surgical risk. TAVR may provide them with an alternative.

Senior author Daniel Addison, MD (The Ohio State University, Columbus), co-director of the cardio-oncology program at his center, said he was not overly surprised to see that TAVR was associated with some potential benefits compared with SAVR in cancer patients based on his own clinical experience.

“Just from having seen a number of these patients, I actually have begun to believe in recent years that TAVR may be a fairly reasonable option,” Addison told TCTMD. “And often our cancer patients tend to be a little bit older or have other comorbidities, [which means] TAVR might be a better option for them.”

This is important to consider moving forward when thinking about which patients should undergo a procedure, he said. “I think that the presence of a cancer diagnosis should not completely stop the use of TAVR,” said Addison. “I think closely working with a patient’s cancer doctor and/or a cardio-oncologist . . . can potentially be of advantage for these patients.”

For the study, the researchers turned to the National Inpatient Sample to identify adults 50 and older who were hospitalized between January 2012 and September 2015 with a primary diagnosis of aortic stenosis and who underwent TAVR (n = 47,295) or SAVR (n = 113,405). A history of cancer was more common in the TAVR cohort (22.6% vs 15.2%).

The proportion of patients undergoing TAVR increased over time in both the cancer and noncancer groups, but use was greater in the patients with a history of cancer.

Among those with cancer, TAVR—compared with SAVR—was associated with lower odds of:

Findings were largely similar in the noncancer cohort.

“Given the relative safety of TAVR and improving cancer outcomes, the presence of concurrent nonadvanced cancer may not significantly affect candidacy for TAVR; however, randomized study is needed to fully elucidate this claim,” the investigators say.

Commenting for TCTMD via email, Ahmed Bendary, MD (Benha University, Egypt), said “any data helping to clear the fog in managing those patients with cardiovascular diseases and concomitant cancer are extremely helpful. The significance of this particular study stems from two factors. First, data concerning the use of TAVR versus SAVR in this subset of patients are scarce, and the second is that it is relatively difficult (from an ethical standpoint) to randomize patients with cancer between various treatment options.”

The rigorous methodology used in this study to compare treatment approaches provides “a reasonable degree of evidence to guide clinical decisions,” Bendary added. “This, to me, is unprecedented.”

Because of the minimally invasive nature of TAVR, the advantages seen for the procedure in this analysis “is intuitive and pretty expected,” he said. The findings will influence clinical practice, he indicated.

“For a long time, this subset of patients was left with very ambiguous treatment decisions and the oncologists, interventionalists, and cardio-oncologists were forced to depend on weak assumptions to individualize management options,” Bendary said. “The findings of this study will help inform clinical decision-making and will help ease the access of patients with severe aortic stenosis and concomitant cancer to aortic valve replacement in general and TAVR in particular.”

Ran Kornowski, MD (Rabin Medical Center, Petach Tikva, Israel), said the field is seeing a paradigm shift in terms of how patients with severe aortic stenosis and cancer are being treated, with more and more undergoing TAVR. This study corroborates prior studies demonstrating that change and the good results that can be obtained with TAVR in this setting, he commented to TCTMD.

What’s missing, Kornowski said, is longer-term follow-up to see how these patients do after they leave the hospital. He noted that a study published by his group last year showed that 1-year mortality after TAVR—driven by cancer-related deaths—was higher in patients with versus without cancer.

Thus, he said, it’ll be important to follow these patients for a longer period of time and to better understand the process that was used to select patients for TAVR versus SAVR, which can be complex.

“I think we should get some insight about the patient pathway or the selection process in order to determine who are the good candidates for AVR,” Kornowski said. “In which circumstances should we stick with surgical AVR versus TAVR? What is the impact of the [cancer] and oncology treatments on the ability to treat these patients and the impact of the treatment on the outcome of patients both in terms of cardiovascular outcomes and noncardiovascular results?”

Another open question, Bendary said, is what impact the stage of cancer has on TAVR outcomes. An upcoming meta-analysis from his group, he pointed out, will address this and other issues.

For now, Kornowski said, “there is a new hope for these patients” in terms of advancements in treatments for both cancer and aortic stenosis. He added that the choice of TAVR or SAVR should be individualized and guided by a heart team that—in this setting—should include not only cardiologists and cardiovascular surgeons but also oncologists and cardio-oncologists.