Staying on Statins After an Adverse Event Lowers Risks of Death, MI or Stroke

“Fake news” about the dangers of statins poses a grave challenge to society given how effectively they lower CVD risk, one physician says. 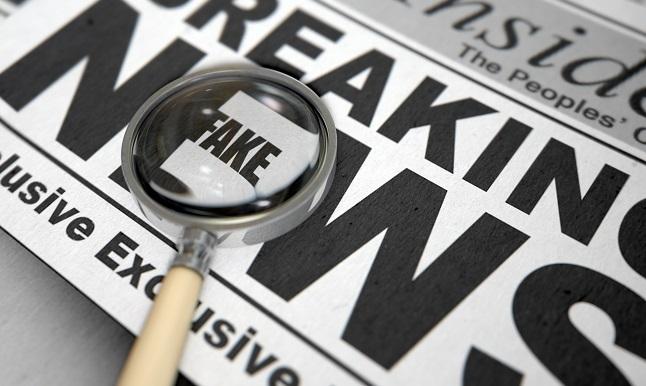 Patients who continue with statin therapy after an adverse reaction have significantly lower risks of death and MI or stroke compared with those who stop, a new study shows.

Overall, patients who still took statin therapy following the adverse event had a 13% lower risk of death or cardiovascular events compared with patients who discontinued treatment, a finding that emphasizes the importance of getting patients to restart or continue with their regimen following an adverse reaction.

Alexander Turchin, MD (Brigham and Women’s Hospital, Boston, MA), senior author on the study, told TCTMD that statin discontinuation is an important clinical issue that vexes physicians. In some studies, nearly 75% of patients discontinue statins within 2 years of starting treatment, commonly due to side effects perceived to be caused by statins, such as muscle aches and pains.

“Statins are some of the most effective medications we have for the prevention of cardiovascular disease,” said Turchin. “On the other hand, unlike in clinical trials, many patients in routine care report symptoms due to statins and frequently discontinue the drugs because of those symptoms. Several studies, including one of our own, showed that if patients have these symptoms thought to be due to statins, and if they tried statins again, they frequently continue with them.”

There are various strategies used when restarting patients on therapy, including using a lower dose of the same statin, using the same dose but on alternate days, and switching to a different, lower-potency statin. “What we didn’t know was whether trying statins again had similar benefits as taking statins from scratch,” said Turchin.

In an editorial accompanying the study, Steven Nissen, MD (Cleveland Clinic, OH), pulls no punches, stating that statin denial, where the benefits of the drugs are ignored and risks exaggerated, is “an internet-driven cult with deadly consequences.” The present study, he adds, highlights the grave penalties attached to nonadherence or statin discontinuation.

“When people stop these medications, cholesterol levels go up, and they have clinical events,” Nissen told TCTMD.

For the current study, published online ahead of the August 15, 2017, issue of the Annals of Internal Medicine, Turchin along with lead author Huabing Zhang, MD (Peking Union Medical College Hospital, Beijing, China), and colleagues examined the relationship between statin continuation within 12 months of an adverse reaction and clinical outcomes at primary care practices affiliated with Brigham and Women’s Hospital and Massachusetts General Hospital. Adverse reactions to statins were identified through electronic medical records.

All of the 28,266 study participants had an adverse reaction to statin therapy, with myalgia or myopathy the most common side effect reported (24.6%). Following the adverse reaction, 19,989 patients (70.7%) were rechallenged and continued with therapy and 8,277 stopped treatment.

In a subgroup analysis limited to patients who developed an adverse reaction and were restarted with a different statin, 11.9% of these individuals had died or had a cardiovascular event at 4 years compared with 14.5% of patients who discontinued their statin prescription (P = 0.024).

“The present study provides ‘actionable information’ for frontline physicians so they would know whether or not it’s worthwhile to try again,” said Turchin. “Our findings are assuring: there is a similar benefit as to what was shown in clinical trials from trying statins again, that being between a 10% to 20% reduction in cardiovascular events and death.”

If a patient experiences an adverse side effect after starting statin therapy, Turchin recommends looking at the situation from three perspectives.

“One, what is the patient’s overall cardiovascular risk?” he said. “Two, how severe was the reaction? Was this rhabdomyolysis, or was this just mild aches and pains? And three, how likely is it that the reaction was due to the statin? For example, was the ache in one place or was the myalgia more diffuse with CK elevations?”

As clinicians weigh these three factors, they can make a decision about whether to try again, Turchin advised, but “we certainly think they should consider it and not just stop the drug and forget about it.”

Nissen acknowledges statins have developed a bad reputation with the public, a “phenomenon driven largely by the proliferation on the Internet of bizarre and unscientific but seemingly persuasive criticism of these drugs.” To combat such disinformation, physicians need to speak out about statin fear-mongering, especially given how safe and effective the drugs are for the prevention of cardiovascular events, he says.

“This is like the anti-vaxxers and climate-change deniers,” Nissen told TCTMD. “How fake news has come to dominate the thinking of a lot of people in the public is now causing significant harm. Every cardiologist you talk to has patients that come in and say, ‘I don’t want to take a statin—these drugs are bad for you.’ Typically, they’ve gone to the Internet and found somebody pitching a dietary supplement, a natural way to lower cholesterol. Then they go off their statins or refuse to take [them].”

Patients are also inundated with websites advocating “natural” or “drug-free” remedies for elevated cholesterol levels, as well as sites pushing fear-based claims that lowering LDL cholesterol with statins causes side effects, such muscle, liver, or brain toxicity. The bottom line, said Nissen, is that such beliefs are deadly.

Some of the confusion surrounding statins also stems from fad diets promising patients a reversal of heart disease. According to the editorial, even the website for Dr. Oz, the controversial but extremely popular television physician, links to an article promising to reverse heart disease in 28 days through dietary means. That article doesn’t mention statins, added Nissen.

“Unfortunately, people believe this,” he said. “We’re now in an era where science is under assault.”

To TCTMD, Turchin pointed out that if just 25 million patients are taking statins, and one in five experience an adverse event, the benefits of restarting therapy could have a large impact on a population level. With the newer clinical guidelines, where there are potentially as many as 60 million statin-eligible patients, approximately 12 million might stop treatment following an adverse effect, he said.

“None of this is easy for physicians who practice medicine out there,” he said.

Artificially Created Thrombus May Aid in Cases of Endovascular Perforation

Media Scrutiny Over Risks and Benefits of Statins Impacts Patient Use