Inpatient PCI volume had no relationship with in-hospital mortality or 30-day readmissions after the structural procedures. 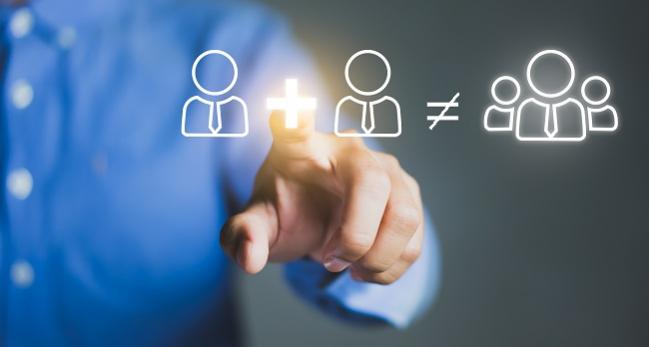 Among centers performing a large number of PCI procedures, the volume of inpatient coronary interventions was not associated with short-term outcomes after either TAVR or transcatheter mitral valve repair (TMVr) with the MitraClip (Abbott), a study shows.

“It’s really been a little bit of a leap of faith that PCI volumes are either somehow indicative of the extent of resources that an institution has or indicative of the fact that they will be able to provide these more-complex procedures in a very rigorous way,” he said.

And in this study, published online February 12, 2020, ahead of print in JAMA Cardiology with lead author Neel Butala, MD, MBA (Massachusetts General Hospital), “there’s really no hint whatsoever that sites that have higher PCI volumes have better outcomes” after TAVR and TMVr, Elmariah said.

It’s really been a little bit of a leap of faith that PCI volumes are either somehow indicative of the extent of resources that an institution has or indicative of the fact that they will be able to provide these more-complex procedures in a very rigorous way. Sammy Elmariah

Commenting for TCTMD, Adnan Chhatriwalla, MD (Saint Luke’s Mid America Heart Institute, Kansas City, MO), who was not involved in the study, said he was not very surprised. “What this is showing is that experience in one procedure doesn’t necessarily translate to outcomes of another procedure,” he said, noting that he performs a lot of structural interventions but not many PCIs. “I wouldn’t expect my TAVR and MitraClip experience to impact my PCI outcomes, nor would I expect my PCI experience to impact my TAVR and MitraClip outcomes.”

He agreed with the study authors that the rationale for having minimum PCI volumes for structural heart programs should be reconsidered.

CMS has minimum PCI volume requirements for new and existing programs in its national coverage determinations for both TAVR and TMVr. “The justification for inclusion of PCI volume requirements has been to ensure that hospitals possess the infrastructure and skills required to deal with coronary and other complications of often-complex structural heart procedures,” the authors note in their paper.

But, Elmariah said, it has not been clear whether PCI volumes are related to outcomes after structural interventions. To find out, he and his colleagues turned to the 2016 Nationwide Readmissions Database, examining data on 283 hospitals that performed at least five TAVR procedures and 125 that performed at least five TMVr procedures between January and November 2016; median inpatient PCI volumes for the two groups were 386 and 451, respectively.

After risk adjustment, inpatient PCI volumes were not associated with median in-hospital mortality or 30-day readmission after either TAVR or TMVr.

Risk-Standardized Outcomes after TAVR and TMVr, by Inpatient PCI Volume

There were also no differences in the length of the hospital stay after TAVR or TMVr across PCI volume quartiles.

Elmariah said his team was surprised to see no suggestion of a link between PCI volumes and outcomes of the structural interventions. “We’re even perhaps a little bit more surprised in the TAVR realm because some of the complications associated with TAVR do of course mandate high proficiency with complex coronary interventions,” he said.

Moving Away From PCI Volume

Dharam Kumbhani, MD (UT Southwestern Medical Center, Dallas, TX), a member of the group that wrote the 2018 multisociety consensus document on requirements for TAVR, said this study explores an important question but uses a less-than-ideal dataset. That’s because it only captures inpatient PCI volumes, a limitation also noted by Elmariah. Kumbhani said that might not be reflective of total PCI volumes because the proportion of outpatient procedures can vary widely across centers.

In addition, Kumbhani said, only centers that met the PCI volume requirements in place in 2016 would have been performing TAVR and TMVr at that time, so this study is demonstrating a lack of a relationship between PCI volumes and outcomes of structural interventions only in centers already performing a high number of PCIs. “If the bigger question is, should there be PCI minimums for doing TAVRs and MitraClips, then this study doesn’t help answer that.”

For now, Kumbhani’s view is that PCI volume requirements for these procedures are not going away anytime soon, although he indicated that he’d like to see that change. “If you’re really interested in quality of a given procedure, you want to be able to measure the quality of that procedure,” he said.

In a healthcare model like the one in the United States, it can be challenging for policy makers and administrators to know how to set standards for high-quality care without compromising access. “That’s the constant battle there,” said Kumbhani. PCI volume is used as a surrogate for quality because it’s one of the easier metrics to use, he added. “Long term, I’d probably like to see it go away, but I think for the short term, until we can exactly phenotype what we want these hospitals to look like that deliver high-quality, appropriate care, it probably makes sense to have [PCI volumes].”

The message from this study, according to Elmariah, is that “the currently utilized metrics are simply inadequate, that assuming that if you do one transcatheter cardiac procedure in high volumes you’re going to be good and get better outcomes with another is not necessarily accurate.

“And what we really need,” he continued, “is devoted research to try to determine what better metrics of quality will be, and those are the ones that of course should be targeted in CMS coverage decisions and other guidance in regard to which hospitals and institutions are able to actually support these sorts of programs.” The burden of mitral regurgitation after MitraClip implantation or the rate of aortic valve reinterventions after TAVR are potentially better metrics to consider, Elmariah suggested.