Patients treated with statins and ACE inhibitors/ARBs had similar mortality rates at 1 year compared with those who also received beta-blockers. 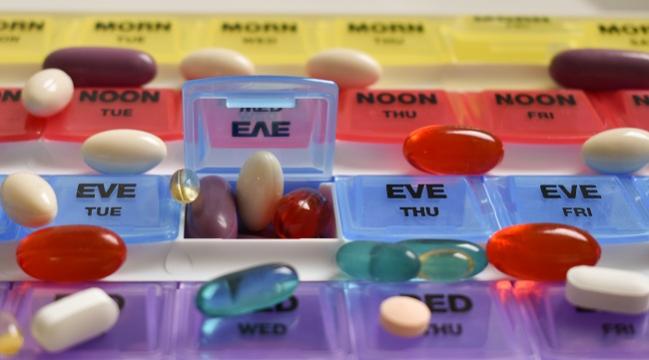 Patients who adhere to statins and ACE inhibitors or angiotensin receptor blockers (ARBs) following an acute MI do not appear to gain any additional benefit from treatment with beta-blockers, the results of a new study suggest.

In an analysis of older Medicare patients who had prescriptions for all guideline-recommended therapies, those who adhered only to ACE inhibitors/ARBs and statins had similar mortality rates when compared with patients who adhered to those same drugs plus beta-blockers.

“Most heart attack patients are elderly patients,” senior investigator Gang Fang, PharmD, PhD (University of North Carolina at Chapel Hill), told TCTMD. “In our study cohort, the Medicare cohort, two-thirds are 75 years and older. On average, they are taking more than 10 different medications at the same time, which increases the risk of side effects and drug-drug interactions. We began to ask if a patient can’t take all three recommended therapies, what combination of medications they were able to take would result in better health outcomes? If they took two, would they have the same outcomes?”

The bottom line, said Fang, is that if elderly patients are consistently taking an ACE inhibitor or ARB and statin therapy, but are unable to take the beta-blocker as prescribed, there is not a significant impact on mortality.

In an editorial accompanying the study, Eric Peterson, MD, and Ann Marie Navar, MD, PhD (Duke University Medical Center, Durham, NC), state that while the results should be considered preliminary, the study raises a “provocative” hypothesis.

“The first beta-blocker trials in MI are over 3 decades old and much has changed in the clinical management of MI patients in the interim,” they write. “This includes better short-term management of MI, new concomitant drugs, and quicker and more durable revascularization options. These advances have halved MI mortality rates and may have reduced the incremental effectiveness of beta-blockers in the modern era.”

With the conflicting studies, the only way to address the question head-on is with a randomized controlled clinical trial of beta-blockers in post-MI patients treated with contemporary therapies, such as ACE inhibitors/ARBs and statins, said Bangalore.

“We’re not saying beta-blockers have no benefit,” said Fang. “Our data actually support the benefit of beta-blockers, but this is really about the additional benefit when patients are already taking an ACE inhibitor or ARB and statins.”

Like the editorialists, Fang said the clinical trials testing beta-blockers took place in the era before ACE inhibitors, ARBs, and statins, and weren’t tested in combination with other medical therapies.

“Clinical practice has changed dramatically since then,” he told TCTMD.

The researchers have been studying medication adherence following MI for a number of years, noting that adherence rates to guideline-recommended therapy declines very quickly. In the first year, more than half of patients are nonadherent to therapy, although the present analysis showed that more than half of patients stopped within the first 6 months.

For Peterson and Navar, a randomized clinical trial is needed to confirm whether or not the incremental effectiveness of beta-blockers is reduced in the modern era, although such a trial is unlikely to be done. “The current paradigm of randomized controlled trials is not suited to trials of ‘less’ medication,” they write. “Nor are most trials able to truly determine when patients can ‘stop’ therapy.”

Bangalore is more optimistic, noting they are hoping to design and launch a clinical trial testing whether beta-blockers are useful in “a similar group of patients.” Because there is little interest in funding from the pharmaceutical industry, the money will need to come from the National Heart, Lung, and Blood Institute or another national organization, he added. “We do need an answer and hopefully we can do a trial.”

As for his clinical practice, Bangalore said he will typically start most patients who have had an MI on beta-blockers, at least in the short term. If there is left ventricular dysfunction, these patients will stay on the drug longer. For those without left ventricular dysfunction, it’s a question of “whether they truly need it, particularly if they have side effects.” He said he has a very low threshold for stopping treatment when patients have side effects.

Regarding the overall low rates of adherence following acute MI, Peterson and Navar said there is also unlikely to be a “silver bullet” that yields better results, but patient education, behavior counseling, electronic and mobile reminders, financial and nonfinancial incentives, and family/peer engagement can help. They point out that even modest improvements in adherence rates can result in clinically significant improvements in patient outcomes.

More Liberal Definition of Type 2 MI May Misclassify Some Patients