One expert says he will start discontinuing aspirin in appropriate A-fib patients as a result of these new findings. 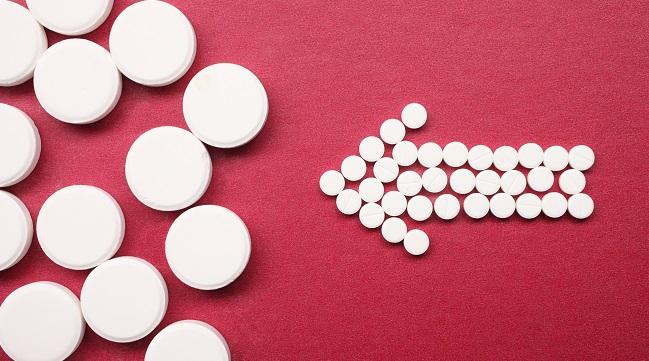 In patients with A-fib taking a vitamin K antagonist (VKA) who do not have coronary artery disease, new research suggests that the addition of aspirin for primary prevention of MI is not only unnecessary but potentially harmful with regard to bleeding.

Most prior research in this field has focused on the use of aspirin for A-fib patients with known CAD or who have had a prior MI. But because aspirin is available over-the-counter and has a longstanding reputation for preventing MIs in the general population, many clinicians choose to also use it for their A-fib patients with no coronary disease, as an added layer of security.

“This data kind of closes the loop in that the anticoagulant actually covers both bases,” Christian Ruff, MD (Brigham and Women’s Hospital, Boston, MA), who was not involved in the study, commented to TCTMD. “It reduces your risk of stroke, and it's protective against your risk for heart attacks.” Upwards of 30% of A-fib patients with no known coronary disease or prior MI are prescribed aspirin in addition to an anticoagulant, he said. “So this practice is very common in the United States, and there's no evidence to support it.”

For the study, published in the June 20, 2017, issue of the Journal of the American College of Cardiology, Lee and colleagues looked at data from a Danish registry of almost 72,000 A-fib patients without a history of CAD treated between 1997 and 2012. At baseline, 52% were treated with a VKA alone, 35% with aspirin alone, and 13% with combination therapy.

Outcomes With Aspirin or Combination Therapy vs VKA Alone

Neither aspirin dose nor VKA type had any effect on outcomes in sensitivity analyses.

“Further research in prevention of coronary atherothrombotic events is warranted in high-risk patients with [A-fib] treated with NOACs compared with VKA treatment,” the authors conclude.

In an editorial accompanying the study, Jonathan L. Halperin, MD (The Icahn School of Medicine at Mount Sinai, New York), cited the controversy surrounding aspirin prescription for primary prevention of MI and stroke in the general population, noting that “its role for prevention of coronary events in patients with concomitant atrial fibrillation [grows] even more uncertain.” While anticoagulation is widely accepted as the “standard approach to stroke prevention for patients with [A-fib], and its superiority over aspirin is well established,” the addition of aspirin to a VKA “has been a longstanding conundrum,” he writes.

This study “should prompt clinicians to rethink the approach to antithrombotic therapy for patients with [A-fib], particularly when anticoagulation is indicated in those at more than minimal thromboembolic risk,” Halperin says. The answer “may be the same” for A-fib patients with known coronary atherosclerosis who have an even higher risk of MI, he adds.

Ruff said he plans on changing his practice as a consequence of this study. “When I see patients with atrial fibrillation . . . in my practice now, I have been and I will routinely be even more vigilant [in] reviewing their medications,” he said. “One of the first things I’ll do probably is if they don’t have a strong indication for aspirin, . . . I will discontinue it because this data really cements that if you don't do that, you will essentially double their risk of bleeding.”

Additionally, he asked: “Why would we ever continue to expose those patients to that kind of risk where we now really don’t have any data that using these agents in combination provides any additional benefit?”

While the study does not address the optimal antithrombotic strategy for patients with established coronary artery disease, including those with a recent MI or revascularization, both Ruff and Halperin point out, future studies are likely to explore this.

“What this data nicely shows is that sometimes less is more,” Ruff said. “That’s a nice story for these patients that we can get away with a regimen that's just as effective and far safer, and that's often not a combination that we see in clinical practice.

Stroke Not the Only Concern in Patients With A-fib