Authors of three recent studies say this rate should give pause, particularly given the potential impact on TAVR outcomes. 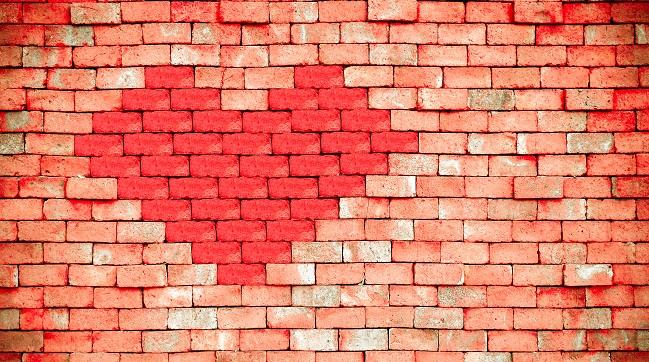 As many as one in seven patients undergoing transcatheter aortic valve replacement have cardiac amyloidosis, a condition that results in the abnormal deposition of a folded protein within the heart, according to new findings from a small series of patients.

A high prevalence of occult amyloid in TAVR patients has important clinical implications, particularly since cardiac amyloid causes the heart muscle to stiffen and fail and “is likely to affect clinical presentation and outcomes,” according to the researchers.

James Moon, MD (St. Bartholomew’s Hospital, London, England), the study’s senior investigator, said previous reports suggested cardiac amyloidosis was a rare condition. For example, endomyocardial biopsies of patients undergoing surgical aortic valve replacement showed that approximately 6% of patients had amyloidosis. However, prevalence increases with age, and other studies have shown that wild-type transthyretin amyloidosis is present in as many as 25% of patients aged 85 years and older, note the researchers.

“TAVR has offered up opportunities to improve aortic stenosis without open cardiac surgery, and part of the consequence of that is we were treating much older patients,” Moon told TCTMD. “We’re now looking at octogenarians. If amyloid was present in 6% of average 75-year-olds, we would expect it to be higher [in older TAVR patients].”

In an analysis of the ATTRact-AS study, which was published January 22, 2018, in the Journal of the American College of Cardiology, Moon and colleagues investigated the prevalence and impact of occult cardiac amyloid in older patients with severe aortic stenosis. They performed bone scintigraphy scans using the bone-seeking radiotracer 99mTc-3,3-diphosphono-1,2-propanodicarboxylic acid [DPD], which they say is effective for detecting wild-type transthyretin amyloid.
In 101 patients (mean age 86 years) who underwent DPD scintigraphy between 2016 and 2017, cardiac amyloidosis was detected in 13.9%, with men and women equally affected. The average age of those DPD-positive for amyloidosis was 88 years. Two patients with amyloidosis scheduled for TAVR died before the procedure, “which raises the possibility that these patients represent a higher-risk subgroup even preprocedure,” state the researchers.

Similarly, another analysis, this one led by João Cavalcante, MD (University of Pittsburgh School of Medicine, PA), of 113 patients with moderate and severe aortic stenosis identified cardiac amyloidosis in nine patients. The average age of those with amyloidosis was higher than those without, and when investigators examined the prevalence of cardiac amyloidosis in those older than the median age of 74 years, 16% had evidence of amyloidosis on cardiac magnetic resonance (CMR) imaging.

To TCTMD, Cavalcante pointed out that patients with cardiac amyloidosis and aortic stenosis had a significantly higher risk of death at 1 year compared with those without amyloidosis (56% vs 20%; P < 0.0001). After adjusting for aortic-valve replacement, as well as STS score and left ventricular ejection fraction, the presence of cardiac amyloidosis was associated with a threefold higher risk of death compared with aortic stenosis alone.

The three studies, said Cavalcante, are “extremely relevant” as they highlight just how common cardiac amyloidosis is in older patients with aortic stenosis. Their work, he noted, shows that not only is amyloidosis prevalent but also clinical outcomes are poor, including in those undergoing valve replacement.

Overall, patients with wild-type transthyretin amyloidosis tend to be older, predominantly male, more likely to have heart failure with a midrange ejection fraction (LVEF 40% to 50%), and more likely to present with a low-flow/low-gradient aortic stenosis. Interestingly, the presence of carpal tunnel syndrome seems to predate cardiac amyloidosis by roughly 5 to 10 years, said Cavalcante. In patients with these “red flags,” physicians may need to look beyond the valve itself and determine whether they might also have diseased myocardium, he said, as this appears to affect prognosis after TAVR.

Like Cavalcante, Moon said there is much to learn, particularly since the high prevalence of cardiac amyloidosis in older patients, as well as its presentation, is not something they had expected. “When you discover a new disease, or a disease where you’re not expecting it, usually it’s milder because otherwise you’d have found it before,” he said. “But the grade of amyloidosis here is really quite marked. There is a concern that this really matters.”

Moon said that in every other clinical domain, the identification of cardiac amyloidosis is considered a “severe finding.” He suggested it’s possible high-grade cardiac amyloidosis might be contributing to the aortic stenosis, in which case TAVR fails to address the underlying condition. Additionally, it’s possible the heart muscle is so damaged with amyloid that it will be unable to cope with the improved flow through the new aortic valve.

To TCTMD, Cavalcante said the studies raise some important questions, particularly the issue of whether or not to screen for cardiac amyloidosis in patients scheduled for TAVR. If amyloid is detected, what should physicians do, given the evidence that outcomes might not be as good as those with aortic stenosis alone? “Do we proceed with TAVR?” asked Cavalcante. “I believe this diagnosis should be carefully discussed with the family and patient in order to plan treatment. Their outcomes might be limited and it might not only be about survival, but also quality of life.”

Prospective studies, he added, are needed to determine clinical outcomes in patients with cardiac amyloidosis undergoing TAVR, as well as to determine the value of screening. He noted there are studies testing treatments for amyloidosis, with drug therapies currently in phase II/phase III trials. In the future, staged interventions to treat cardiac amyloidosis and also the valve might be possible, noted Cavalcante.

High Prevalence of Cardiac Amyloidosis in Patients Referred for TAVR