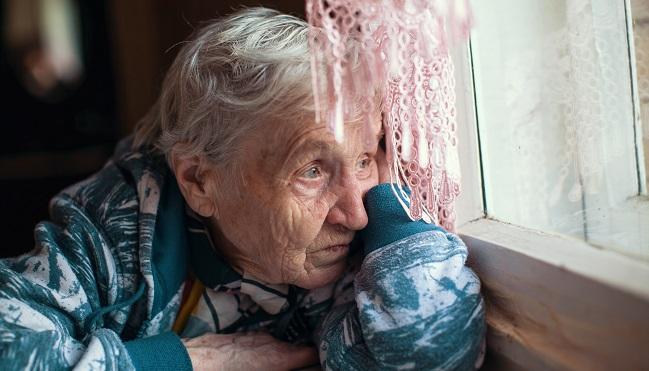 Symptoms of depression are common in elderly patients undergoing transcatheter or surgical aortic valve replacement (SAVR) and may play a significant role in increasing mortality risk over time, new data show. The study authors say the findings suggest that depression is underdiagnosed in this population and that actively screening for symptoms before and after valve replacement should be considered.

“I was quite surprised that less than 10% of these patients had documented depression in their clinical record, but when we administered an objective tool to screen for clinical depression we observed that almost one-third had evidence of depressive symptoms,” senior author Jonathan Afilalo, MD, MSc (Jewish General Hospital, Montreal, Canada), told TCTMD.

The data come from a preplanned analysis of the Frailty Aortic Valve Replacement (FRAILTY-AVR) trial, which was designed to capture a real-world population that closely approximates all-comers. These results in valve replacement patients add to decades of research showing that depression also can contribute to poor outcomes in cardiovascular disease.

“Our hope is that by screening patients, and consequently confirming the diagnosis in a certain proportion of those patients, that we may enable further research in improving outcomes through treatment of depression before and after [TAVR and SAVR],” Afilalo said.

The findings were published online yesterday in JAMA Cardiology.

Mortality Higher in Depressed Patients at 1 Month and 1 Year

For the study, researchers led by Afilalo’s colleague Laura M. Drudi, MD, MSc (Jewish General Hospital), looked at the prevalence of depression among 1,035 patients in FRAILTY-AVR who were aged 70 years or older and who underwent TAVR or SAVR at 14 centers in Canada, the United States, and France between 2011 and 2016. Symptoms of depression were evaluated with the 5-item Geriatric Depression Scale Short Form (GDS-SF), frailty was assessed by both the Short Physical Performance Battery (SPPB) and the Fried scale, while cognitive impairment was measured by the Mini-Mental State Examination (MMSE).

The percentage of patients with positive screening results for depression at baseline in the total cohort was 31.5%, although only 8.6% had a diagnosis of depression in their clinical record. Among TAVR patients, depression was noted in 33.8%, and among SAVR patients it was 27.5%.

Patients with depression were more likely than those without depression to have comorbid conditions such as diabetes, chronic kidney disease, hypertension, chronic obstructive pulmonary disease, and cerebrovascular disease. They also had higher predicted risk of mortality, and were more likely to be frail and cognitively impaired.

Similarly, at 12 months mortality was higher in depressed than in nondepressed patients (19% vs 11.7%; P = 0.07). Causes of death were cardiovascular in 31.0%, noncardiovascular in 39.3%, and unknown in 29.7%, with no observed differences based on depression status.

“The message there for clinicians is not only to think about depression in the baseline evaluation of these patients, but also to ask about depressive symptoms during follow up evaluations,” Afilalo said. “[Then] there’s a transition of care to the patients’ primary care physicians, and I think that’s where we need to be mindful . . . and make sure that the heart team members and the treating physicians are [all] aware of the issue.”

A Bridge Too Far?

But Patel and Leon question whether baseline depressive symptoms should be considered “a new, common, and important mortality risk factor” in TAVR patients, adding that from their perspective, this may be “a bridge too far.”

Among their concerns are that the high prevalence of baseline depression in the study may have been an artifact of using a questionnaire for diagnosis rather than interviews conducted by mental health professionals; that it is difficult to isolate valvular disease as the cause of depression in patients with other comorbidities, including coronary disease; that it is difficult to adjust for confounders such as cognitive impairment and frailty, which overlaps with depression; and that the identification of depressive symptoms is unlikely to significantly impact AVR treatment decisions.

Patel and Leon say more data are needed to evaluate whether decision-making is actually enhanced, or whether clinical outcomes can be improved, by adding routine screening for depression to the clinical care pathway in TAVR, which is deliberately minimalist.

To TCTMD, Afilalo said he does not necessarily agree or disagree with including depressive symptoms in evaluations of frailty for AVR as additional criteria. “But I do strongly agree that depression should be evaluated alongside frailty because there is a strong overlap, as we observed in this study,” he noted. “I view this as another component of the geriatric evaluation. It definitely has a role in that setting. [This study] makes the case for building even further on a construct that considers psychological [elements] of frailty beyond just a physical issue.”

2 years ago
I have had emphysema for about five years. I was on oxygen during the day but not at night. I could go about two hours without the oxygen, and then I need it. I had a converter in the house and oxygen tanks for when I go shopping, etc. I am 64 years old and in relatively good health. The doctor said it was caused by a combination of smoking, dust here in Vegas, and 30 years of smog in California. I believed I will always need the oxygen to breathe. I quit smoking 15 years ago. But the damage has been done. January 2017 my pulmonologist and I decided to go with natural treatment and was introduced to Green House Herbal Clinic natural organic Emphysema Herbal formula, i had a total decline of symptoms with this Emphysema Herbal formula treatment. Visit Green House Herbal Clinic official web-site ww w. greenhouseherbalclinic. com. The infections, shortness of breath, fatigue, dry cough and other symptoms has subsided.  I am very pleased with this treatment. I breath very well now and exercise regularly, sometimes i totally forget i ever had Emphysema, I am thankful to nature, the medics failed. Share with friends!!