Switching to E-Cigarettes From Tobacco Could Drastically Curb Premature Death

If 95% of US smokers made the change over a 10-year period, 6.6 million lives might be saved by the year 2100, researchers suggest. 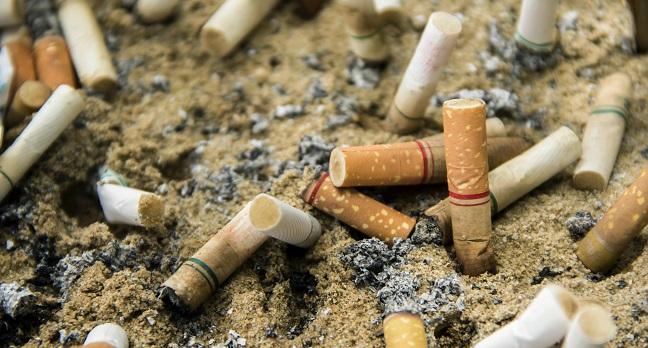 Making the case for e-cigarettes, researchers have calculated the number of lives that might be saved on a population level if nearly all tobacco smokers in the United States were to make the shift to vaping over a 10-year period.

Based on their models, anywhere from 1.6 to 6.6 million premature deaths might be avoided, they report in a paper published online this week in Tobacco Control.

Such a drastic reduction in smoking rates could occur in the real world, lead author David T. Levy, PhD (Georgetown University Medical Center, Washington, DC), told TCTMD in an email. “There is a reasonable possibility if we implement strong policies against cigarette use and inform smokers of the differences in risk between cigs and e-cigs,” he predicted, suggesting “higher cigarette taxes, large graphic health warnings, bans on product displays, and countrywide smoke-free air laws” might all enable such a shift.

Another tactic, which the US Food and Drug Administration (FDA) announced its intent to pursue in July 2017, is reducing nicotine in traditional cigarettes to levels that would no longer inspire addiction.

As to what clinicians should be telling their patients now, Levy said: “If you have tried other methods of quitting and failed, e-cigarettes may enable you to quit smoking the more dangerous cigarettes, but the real health gains come from completely quitting e-cigarettes.”

Douglas Jorenby, PhD (University of Wisconsin Center for Tobacco Research and Intervention, Madison), said the modelling starts to put some parameters around exactly what the “endgame”—eventually eliminating all tobacco use—might entail, “so that it’s less of an abstract, kind of aspirational goal.”

That said, he cautioned that the models, while useful, can’t speak to what will happen for individual smokers. Nor can they account for the public-health effect of “dual users” who both smoke and vape, a factor Jorenby described as the “800-pound gorilla.”

In their study, Levy and colleagues compared smoking rates and health outcomes between the “status quo scenario,” wherein there was no use of e-cigarettes, versus two levels of e-cigarette introduction, known as “pessimistic” and “optimistic.”

Individuals aged 15 years as of 2016 in the model stood to gain an extra 6 months of life, “reflecting the increased life span of those who have, or would otherwise have, smoked cigarettes switching to e-cigarettes,” the investigators report.

Dealing With the ‘800-Pound Gorilla’

To TCTMD, Jorenby pointed out that e-cigarettes are getting ever better at delivering nicotine. “And yet even with the relatively state-of-the-art models that are out now, virtually no one who I talk to who’s an e-cigarette user or a dual user says that vaping is the same thing as smoking,” he said.

Thus, from a public health standpoint, there remains the question of what happens to people exposed to both tobacco and e-cigarette vapor. “We’re seeing a great deal of that now, at least in the US, where people who are motivated to some degree to quit smoking and are using e-cigarettes to pursue that goal are still continuing to smoke in some circumstances. And partly that is because vaping is not a perfect substitute,” Jorenby explained.

Vaping might become much more appealing if the FDA follows through on its plan to gradually reduce nicotine in cigarettes, he added. “Or there might be advances in the technology, and I’m absolutely sure there are commercial labs that are working on this, to find better ways through vaping to deliver nicotine right into the alveolar bed of the lung. . . . That could be a game changer.”

In an editorial accompanying the paper, Marita Hefler, PhD (Menzies School of Health Research, Casuarina, Australia), also observes that there is an “enormous range of vaporizing products available,” making e-cigarettes not only hard to research but challenging to regulate. Yet, she says, this “continuum” of newer products presents an opportunity.

She outlines the divergent yet less than satisfactory approaches to regulating cigarette alternatives—specifically, e-cigarettes and heat-not-burn (HBN) tobacco products—taken around the world, fully 50 years after the harms of combustible tobacco became known.

“The laissez-faire approach to regulation [without taxes or advertising bans] may incentivize the use of both e-cigarettes and HNB over combustible tobacco; however, it may also assist with ‘normalizing’ combustible tobacco products,” Hefler points out. Meanwhile, a “restrictive” approach to regulation that bans the newer products, she adds, “may condemn the declining proportion of smokers who don’t quit to continued use of the most harmful product when a less harmful alternative exists.”

For Hefler, there are several ingredients to successful regulation. First, she supports banning combustible tobacco products from the market. On top of this, “minimum performance standards” can be set to limit the types and quantities of toxicants in e-cigarette and HNB products, she advises. Taxing these products would discourage nonsmokers from trying them, hold the tobacco industry accountable, and provide revenue for covering the costs of treating tobacco-related diseases that will develop in cigarette smokers years after they’ve quit.

Levy et al conclude their paper on an optimistic note. “An endgame scenario for cigarettes might well be within reach, if new technologies for delivering nicotine with substantially less harm, but sufficient satisfaction, are harnessed with sufficient passion and political will to aggressively phase out tobacco cigarettes,” they write.