An experimental study suggests that wider use of ticagrelor and prasugrel can save money through adverse event reduction compared with clopidogrel. 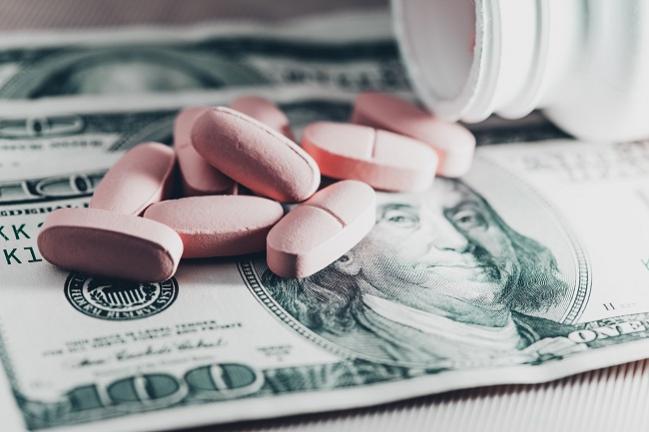 Tailoring antiplatelet therapies to individual risk for adverse ischemic and bleeding events can improve clinical outcomes while also saving money, according to a new analysis of post-PCI patients in the PARIS study.

“For many years we only had clopidogrel, and for many years we only gave 1 year of therapy,” said Usman Baber, MD (Icahn School of Medicine at Mount Sinai, New York, NY), in an interview with TCTMD. “Those issues have now been switched around, because we have data showing we can go longer and we can use other drugs.”

For the new study, Baber and colleagues used a simulation to estimate how event rates and costs would change if ACS patients had been given ticagrelor or prasugrel at discharge based on their risk profile instead of clopidogrel.

“Whenever the risks for ischemia were greater than or equal to bleeding risk, the adverse events were lower [so] the risk-tailored therapy was actually favored,” Baber said. “In contrast, when the risks for bleeding were greater than [for] ischemia, the adverse event rates were more favorable for using just clopidogrel. From a cost standpoint what we found is when you use a risk-tailored approach, the overall costs continue to decline and [it] becomes cost-saving as generics enter the market and costs decline for ticagrelor and prasugrel.”

Commenting on the study for TCTMD, Donald Cutlip, MD (Beth Israel Deaconess Medical Center, Boston, MA), said although simulations such as this have their limitations, they can provide useful information in the absence of randomized clinical trial data on risk-tailored antiplatelet approaches.

“It draws our attention back to this paradigm about assessing the balance between ischemic and bleeding risk,” he noted. “I think what they have done [in this study] shows that once we can balance that risk we can make better decisions about antiplatelet therapy in terms of intensity.”

The findings were published online, January 4, 2019, in Circulation: Cardiovascular Quality and Outcomes.

Baber and colleagues looked at data from 1,497 ACS patients in the PARIS cohort. All were well-phenotyped, received a DES, were prescribed clopidogrel and aspirin at discharge, and were followed for adverse events to 1 year. The costs of adverse events were estimated using data from the National Inpatient Sample, and net costs were calculated between antiplatelet therapy groups according to level of ischemic and bleeding risk.

For the simulation, the researchers—drawing on relative risk reductions seen in the pivotal clinical trials—calculated the hypothetical change in event rates if the cohort had received prasugrel or ticagrelor instead of clopidogrel. Event rates and costs of risk-tailored therapy versus clopidogrel were calculated under multiple drug pricing assumptions.

When bleeding risk was high and ischemic risk was low or intermediate, hypothetical treatment with ticagrelor or prasugrel instead of clopidogrel was estimated to result in 1.13 to 2.08 additional quality-adjusted life-years (QALYs) lost per 1,000 patients treated in 1 year. However, when ischemic and bleeding risks were comparable, ticagrelor and prasugrel had a favorable effect on QALYs over clopidogrel.

An average ischemic event was estimated to cost about USD $22,000, while a major bleeding event cost about USD $12,000. Whenever ischemic risk exceeded bleeding risk, ticagrelor and prasugrel were judged to be cost-effective in comparison to clopidogrel, with an estimated savings in the form of event reduction for every 1,000 high-ischemic-risk patients at low-to-intermediate bleeding risk exceeding USD $200,000. Baber and colleagues suggest that optimizing antiplatelet therapy selection in those at high ischemic risk would trim annual adverse event costs by USD $44,000 per 1,000 patients in the overall population. The opposite cost scenario was observed when individual bleeding risk outpaced ischemic risk.

The Difficulties of Changing Practice Behaviors

To TCTMD, Baber said the results should make clinicians and payers stop and think about how antiplatelet therapies are being prescribed to individual patients.

“We as clinicians seem to be underutilizing [ticagrelor and prasugrel], and we tend to preferentially give them to low-risk patients,” he said. “One of the reasons for even doing this paper was to find ways to incentivize providers from a cost perspective.”

But he admitted that changing practice is difficult. “This is a simulation, it’s experimental. You would need to do a prospective randomized trial to prove it. That would be a pretty big endeavor and you would have to get people to agree to listen to the algorithm rather than their own intuition and that’s really hard to do,” Baber explained.

In addition to financial incentives for payers, reorienting quality metrics toward treating patients appropriate to their level of risk may help change prescribing behavior and shift the focus from relying on an all-clopidogrel approach, he said, adding that “time and getting more comfortable with these medications” may be another factor.

Cutlip observed that improving clinical skills is another big piece of the puzzle. “The better we can do estimating both bleeding and ischemic risk for individual patients, the more we can apply the concepts that are developed in this paper,” he said. “We're very concerned about increased bleeding risk, but we probably don't have a very good handle on what that really means.”

Despite the availability of a number of bleeding-risk calculators, both Baber and Cutlip said the lack of a standardized approach to assessing that risk remains a significant problem.

“To be frank, I don’t know how often [calculators] are even being used in clinical practice to address this fundamental issue of the risk-treatment paradox,” Baber said. The ongoing MASTER DAPT trial is incorporating various existing risk scores in a population of PCI patients at high risk for bleeding, he added, and “could perhaps provide some randomized evidence base around the questions that our paper introduces.”

Stroke Risk Increases Over Time in Many Patients With A-fib