The requirement that two different surgeons review a patient’s suitability for SAVR versus TAVR is the greatest barrier to timely care, an editorial argues. 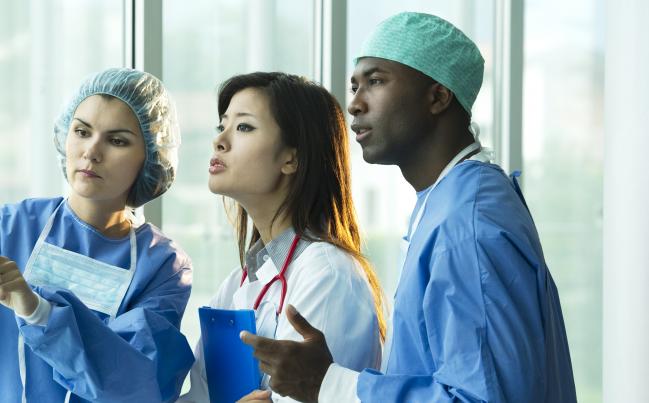 Just days ahead of a Centers for Medicare & Medicaid Services (CMS) meeting addressing procedural volume and other requirements for hospitals offering transcatheter aortic valve procedures, a few interventional cardiologists and surgeons are speaking out about what they see as the number one barrier to TAVR in the United States.

Writing in an editorial published online ahead of print in Catheterization and Cardiovascular Interventions, Satya Shreenivas, MD (The Christ Hospital, Cincinnati, OH), and colleagues make the case that requiring sign-off by two surgeons before a TAVR procedure will be covered by CMS is an “unnecessary bureaucratic intrusion into the physician-patient relationship” and should be dropped in the upcoming CMS review.

According to the current national coverage determination (NCD) for TAVR—now up for review—two independent surgeons must have considered a patient’s suitability for aortic valve surgery before a TAVR procedure will be covered under Medicare. Of note, the two-surgeon sign-off is in addition to the requirement for a heart team review, something both surgeons do not necessarily need to be a part of. Heart team requirements are outlined elsewhere in the NCD.

“There are no other surgical procedures that require the operating surgeon to obtain approval from an additional surgeon prior to proceeding,” Shreenivas et al write. “While team consensus is important, the NCD requirement for an additional surgical consult adds little or nothing to the existing multidisciplinary

evaluation by cardiac surgeon and cardiologist . . . . We believe the two-surgeon rule currently poses a barrier to the efficiency of care, increases unwanted demands and unnecessary costs for healthcare systems, and may adversely affect clinical outcomes by delaying care to a broad population of patients for whom AVR is indicated.”

The two-surgeon rule maybe had its day, but its day has passed. Joseph Bavaria

Speaking with TCTMD, Shreenivas called the two-surgeon rule “the largest barrier, in our opinion, to patients getting timely care.”

Many patients travel considerable distances to get worked up for TAVR and while all of the different tests can typically be done on a single day, a second surgical consult typically cannot. “One of the other unintended consequences of this is any two physicians can't bill for the same procedure or same consultation on the same day,” Shreenivas said. “So, the person who shows up for the first surgery appointment has to come back [on a different day], even if they get everything else done at the same timepoint.”

He continued: “If you’re in New York or Philadelphia or San Francisco, of course, you can hit a surgeon or an interventional cardiologist by throwing a stone—certain places are very saturated. But if you live in a more remote location ,you’re traveling to go get your SAVR or TAVR work-up done.”

As such, many TAVR centers have come up with work-arounds, he said, either not charging the patient for the second surgical visit or making a “perfunctory note in the chart just to check off a box” on the day of the TAVR procedure itself.

“If we're doing that and we're all playing this game, then we're all agreeing that we should get rid of this rule,” Shreenivas said. “Over the last 10 years, 12 years, we've simplified the TAVR process so that it’s becoming more and more straightforward, whether it's going to minimal sedation or smaller and better devices, but the preprocedure has remained fairly stagnant and here's a great example of taking something off that doesn't really add value to the patient outcome.”

CMS has been collecting public comments related to its national coverage analysis of TAVR and is hosting a meeting of its Medicare Evidence Development and Coverage Advisory Committee (MEDCAC) this Wednesday. Last week, the American Association for Thoracic Surgery, American College of Cardiology, Society for Cardiovascular Angiography and Interventions, and Society of Thoracic Surgeons released an updated TAVR consensus statement outlining their views on procedural volumes and other measures of quality. The document updates the first joint recommendations, released in 2012 by the same groups.

Included in the updated multisociety statement is the recommendation that the two-surgeon rule be dropped.

Indeed, speaking with TCTMD, Joseph Bavaria, MD (Penn Medicine, Philadelphia, PA), who was co-chair for both the original 2012 multisociety statement and last week’s update, said that the two-surgeon rule was never the intention of the two surgical and cardiology societies that initially provided recommendations to CMS. This, he said, was added “independently” by the agency in 2012.

“They felt at that time that this was so new, and so disruptive, and there were so many unknowns that they didn’t want [TAVR] to go down into low-risk patients without proper trials,” Bavaria said. “So they put a two-surgeon rule in there, making the surgeons robust gatekeepers so that there wouldn’t be blood spilled the streets of American hospitals from rogue TAVR procedures.”

And that clearly hasn’t happened, he continued, although it was arguably worth worrying about when TAVR was in its infancy. “The two-surgeon rule maybe had its day, but its day has passed,” Bavaria said.

What’s more important and emphasized in the 2018 statement, said Bavaria, is that both the cardiologist and surgeon who sign off on a patient being considered for TAVR or SAVR are also participating in the hospital’s multidisciplinary heart team.

Shreenivas agreed, calling surgeons “critical partners” in the decision-making. “But having that team, which is covered in a different part of the NCD . . . that's a separate requirement from having someone need to see two surgeons,” he said.

Maintaining such a rule could have further unintended consequences, he continued, crediting cardiothoracic surgeon Michael Reardon, MD (Houston Methodist Hospital, TX), who is a co-author on the editorial. Reardon, said Shreenivas, “took it one step further and said: if the argument is that two surgeons are important to the decision-making process because it still is thought that SAVR might be better for some patients, what if the low-risk TAVR trials come out showing superiority for TAVR? Would we then change the NCD and require two interventional cardiologists to sign off on every surgical valve replacement? Imagine that scenario.”

No Benefits, Higher Costs With IVC Filters in Catheter-Directed Thrombolysis for DVT

Is Weight-Based Dosing of Aspirin Needed for Effective Primary Prevention?

CMS Taking Another Look at Volume Requirements for TAVR Programs