The increased bleeding risk with ticagrelor is worth it because many more strokes are prevented, a researcher says. 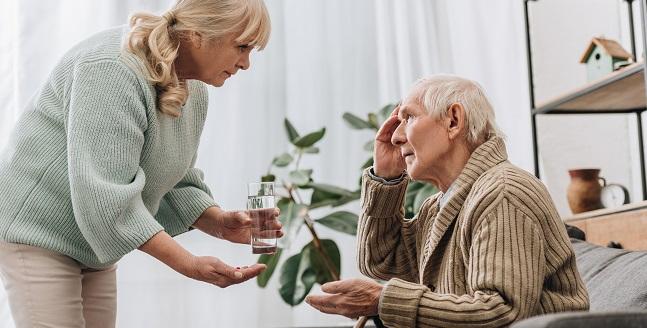 In patients with mild-to-moderate acute ischemic stroke or TIA, the combination of ticagrelor and aspirin reduces recurrent events—at the cost of more severe bleeds—compared with aspirin alone in the first month, the highest-risk period, according to full results of the THALES trial.

The investigators, led by S. Claiborne Johnston, MD, PhD (Dell Medical School, University of Texas at Austin), calculated that the number needed to treat to prevent one primary outcome event was 92, with a number needed to harm for severe bleeding of 263.

In that context, the addition of ticagrelor to aspirin is “definitely worth it” in these patients, Johnston told TCTMD by email. “Most of the new strokes were disabling. There were many more strokes prevented than bleeds caused.”

Koto Ishida, MD (NYU Langone Health, New York, NY), who was not involved in the study, said it stands to reason that preventing clotting with additional antiplatelet therapy will be accompanied by increased bleeding. What THALES shows is that “we’re on the right track, that if we could find the right group to study and the right combination and dose, that some people may benefit that might be at higher risk for clotting and lower risk for bleeding,” she said.

Ishida added that in the overall population of patients included in the trial, she might not reach for ticagrelor in addition to aspirin, but in patients with a more favorable balance of stroke and bleeding risks and in those who are not eligible for clopidogrel due to resistance or allergy, “it certainly could be another option.”

The findings, published in the July 16, 2020, issue of the New England Journal of Medicine, follow the top-line results released in January.

Adding a P2Y12 Inhibitor to Aspirin

The risk of a recurrent event in the first few months after an ischemic stroke or TIA is relatively high at 5% to 10%, the researchers note. Aspirin has been used to mitigate that risk, but the results of two trials—CHANCE and POINT—have shown that adding clopidogrel to aspirin reduces risk even further.

A shortcoming with clopidogrel, however, is that it “requires hepatic conversion to its active form through a pathway that is inefficient in 25% of white and 60% of Asian patients, and efficacy is uncertain in these patients,” Johnston et al write.

Ticagrelor is not subject to that limitation. The SOCRATES trial showed that ticagrelor monotherapy was no better than aspirin monotherapy when it came to preventing vascular events or death after stroke or TIA; it also offered hints that among the subset of patients who had received aspirin before entering the trial, ticagrelor might have a benefit.

THALES, conducted at 414 sites in 28 countries, included 11,016 patients with mild-to-moderate acute noncardioembolic ischemic stroke (National Institutes of Health Stroke Scale score of 5 or less) or high-risk TIA who were not slated to receive thrombolysis or thrombectomy and who could be randomized within 24 hours of symptom onset. The patients were assigned to 30-day regimens of either ticagrelor plus aspirin or matching placebo plus aspirin. Mean patient age was 65, and 39% were women.

The combination of ticagrelor and aspirin lowered the risk of any stroke/death within 30 days, as well as the risk of the secondary outcome of first subsequent ischemic stroke. The rate of disability within 30 days—defined as a modified Rankin Scale score greater than 1—did not differ between the combination and aspirin monotherapy arms (23.8% vs 24.1%; OR 0.98; 95% CI 0.89-1.07). Asked about that finding, Johnston said: “There was too much noise from the original strokes and that overwhelmed the impact of new strokes.”

GUSTO severe bleeding was greater in the ticagrelor/aspirin arm, and that difference was mostly related to an increase in intracranial or fatal bleeding (0.4% vs 0.1%; HR 3.66; 95% CI 1.48-9.02). Moderate/severe bleeding, premature permanent discontinuation of treatment due to bleeding, and discontinuation due to dyspnea were also more frequent with the addition of ticagrelor.

In an accompanying editorial, Peter Rothwell, MD, PhD (University of Oxford, England), grapples with whether clinicians should choose ticagrelor or clopidogrel when looking to add a second antiplatelet to aspirin.

Though he acknowledges that indirect comparisons are unreliable, he says “it is noteworthy” that data from THALES, POINT and CHANCE “might marginally favor clopidogrel in patients with TIA or acute minor stroke.”

Rothwell points to larger relative reductions in the risk of recurrent ischemic stroke in the studies of clopidogrel versus THALES, as well as a greater relative increase in major bleeding with ticagrelor versus clopidogrel. He also notes that disabling/fatal stroke was lower with clopidogrel plus aspirin than with aspirin alone in a pooled analysis of POINT and CHANCE, whereas that difference was not significant in THALES.

Moreover, Rothwell notes, though it involved a different clinical scenario (acute coronary syndromes), the PLATO trial showed that using ticagrelor versus clopidogrel on top of aspirin increased the risk of intracranial hemorrhage. The ticagrelor arm, however, did have a lower 1-year risk of vascular events or death.

I see THALES as opening up a new treatment option. S. Claiborne Johnston

Johnston disputed one of Rothwell’s points, stating that disabling stroke was, in fact, significantly lower with ticagrelor plus aspirin versus aspirin alone (2.7% vs 3.5%), but that the endpoint was treated as exploratory in the analysis.

“I actually agree with him that it isn’t a good idea to make indirect comparisons,” Johnston said. “Both [ticagrelor and clopidogrel] are choices and it would be great to compare them head-to-head. That trial is being planned.”

One such trial—CHANCE-2—is already underway in China.

But while awaiting further randomized results, Johnston said, “I see THALES as opening up a new treatment option. The key is that we get these folks treated with aspirin plus either ticagrelor or clopidogrel.”

Something to take into consideration, Rothwell points out, is that all three trials—THALES, CHANCE, and POINT—recruited patients with high-risk TIA.

“The bleeding risk associated with ticagrelor and aspirin might exceed the benefit among lower-risk patients who make up the majority in practice, and so the current trial results should not be overgeneralized,” he writes. “Regardless of which combination of antiplatelet drugs is favored for the high-risk minority, all patients should receive aspirin immediately after TIA unless aspirin is contraindicated. Too many patients are sent home from emergency departments without this simple treatment that substantially reduces the risk and severity of early recurrent stroke.”

Ishida took that point further to underscore the importance of patients getting to the emergency department in the first place, saying that many patients with TIAs in particular will not seek immediate medical care if their symptoms resolve quickly. That’s a mistake, she indicated, because risk of recurrence is highest in the period right after the initial cerebrovascular event.

Researchers continue to search for the best combination of medications to lessen that risk, “but in the meantime, we can’t give any of them if you don’t come to the hospital,” Ishida stressed.

Risk of Recurrent Stroke Among PFO Patients Increases With Age