After measuring endothelial function and adenosine levels, the study author says that “ticagrelor is actually a very good P2Y12 inhibitor and nothing else.” 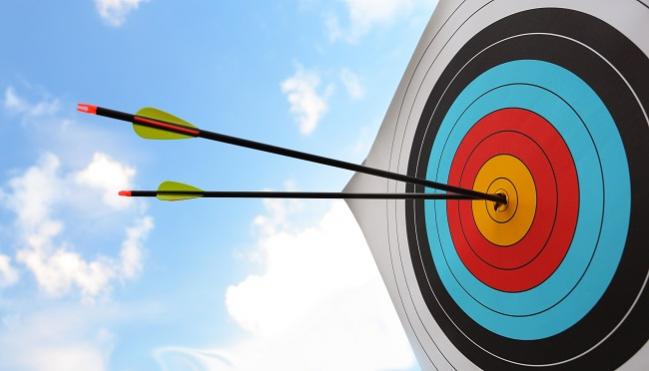 PARIS, France—New randomized data are crossing out a long-held hypothesis many assumed about how the potent antiplatelet agent ticagrelor works. Contrary to expectations, the drug does not appear to convey any additional off-target effects related to endothelial function or increased systemic adenosine plasma levels compared with prasugrel and clopidogrel in stable patients following an ACS.

“Unfortunately, the off-target effects of ticagrelor, which have been advocated for many times in the past, do not seem to be measurable at least in human beings,” Marco Valgimigli, MD, PhD (Bern University Hospital, Switzerland), who presented the results of the HI-TECH study last week at EuroPCR 2018, told TCTMD. “This does not negate the clinical findings that we have seen [with ticagrelor], and I think the guidelines should be applicable as such, simply because of the fact that the guidelines are based on clinical evidence, not on mechanistic evidence.”

Ever since the results of PLATO, which showed ticagrelor (Brilinta; AstraZeneca) reduced all-cause and cardiovascular mortality compared with clopidogrel in ACS patients, many in the field assumed the drug must possess qualities beyond platelet regulation, including possible improvements in endothelialization and arterial dilation. This was also fueled by the fact no mortality reduction was observed in trials like TRITON-TIMI 38, which compared the other potent antiplatelet agent prasugrel (Effient; Eli Lilly) with clopidogrel.

“My own feeling had been, and now I feel even more confident, that [because ticagrelor is] a more potent antiplatelet agent, therefore you get better efficacy in the right target population, such as after an acute coronary syndrome. You also get some more bleeding as you inevitably must because it’s preventing clotting more effectively,” Deepak L. Bhatt, MD (Brigham and Women’s Hospital), who was not involved with the study, commented to TCTMD.

Even though HI-TECH is a negative study, “it really answers what was an important lingering question,” he continued. “I think it’s highly informative because it tells us that that sort of thinking, that there are some other properties accounting for the benefit of ticagrelor, is probably wrong.”

For the study, which was simultaneously published in JACC: Cardiovascular Interventions, Valgimigli along with lead author Sara Ariotti, MD (Bern University Hospital), and colleagues randomized 50 stable ACS patients at five European centers to six sequential treatment regimens of the three antiplatelet agents—clopidogrel, prasugrel, and ticagrelor—in a crossover design with 4 weeks of treatment per drug. Endothelial function was measured after each loading dose and again after each course of treatment with pulse amplitude tonometry.

In a substudy of 28 patients, only three developed ticagrelor-induced dyspnea, with one needing to discontinue the drug. There were no differences in adenosine levels among patients with and without the complication, but there was a threefold higher bioavailability of ticagrelor observed in patients with dyspnea.

“I have to digest my personal disappointment, because I was the first one to be fully convinced about the ability of ticagrelor to explain real and clinically relevant off-target effects,” Valgimigli said following his presentation. “We did whatever we could to be able to detect those. . . . But, I started to believe that this is not clinically relevant or at least we cannot measure these off-target effects.”

He did mention that the study was based on measurements from circulating plasma and not those from tissue, “so we cannot rule out 100% the possibility that at the local site, ticagrelor might still have an off-target effect on that pathway. However, despite being so meticulous and trying to detect it and measure it, nothing has been revealed in this study. So I tend to think that ticagrelor is actually a very good P2Y12 inhibitor and nothing else.”

With regard to the dyspnea substudy, Valgimigli said it’s clear that patients who have a higher bioavailability of ticagrelor are the only ones who are developing dyspnea. “That means that they have higher circulating level of ticagrelor. If we could reduce the amount of ticagrelor given to these patients, probably these patients should and can tolerate ticagrelor,” he said. “Now, this is only a hypothesis. I'm not going to say if you see a patient with dyspnea, please omit ticagrelor or reduce the dose of ticagrelor because the safety and efficacy of that strategy needs to be proven first, but at least it's a new research paradigm.”

Bhatt said that he has “sort of lived through all of this before, because this happened with clopidogrel as well when the first trials were coming out showing it was better than placebo when added to aspirin.” People also thought then that because the degree of benefit was beyond what would be expected from simply a more potent antiplatelet and that “there must be anti-inflammatory or other properties” associated with clopidogrel, he explained. “There was a lot of research that was subsequently done that never really corroborated any of that. It just turned out clopidogrel is just a good antiplatelet drug.”

The door isn’t completely closed to future research, as “maybe other people will find other non-platelet-mediated mechanisms, but I'm not waiting for that,” Bhatt said. “There doesn’t have to be some other explanation for its superiority over clopidogrel that was seen in the PLATO trial. I was satisfied with that explanation then, and now I'm even more satisfied with it.”

It is also not likely that this study will have any effect on prescribing decisions, according to Bhatt. The possibility of off-target effects “has fueled some of the controversy over why ticagrelor is way better than clopidogrel and perhaps why you should use it instead of prasugrel,” he said. “In that context, I do think it's useful and interesting, though I don’t think there are too many people that were using ticagrelor specifically because they thought that it was doing something else.”

What might lead to change is the availability of generic prasugrel, given that the potent antiplatelet agents carry a hefty price tag. “If that happened, this paper might take some of the shine off ticagrelor's perception among those that were thinking that there were some magical properties to it,” Bhatt said.

Adenosine May Be the Tie That Binds Ticagrelor and Dyspnea

Excess Dyspnea with Ticagrelor Does Not Compromise Mortality Benefit