Forget parasites and infections: noncommunicable diseases kill more people in tropical countries than they do in the West and warrant urgent action. 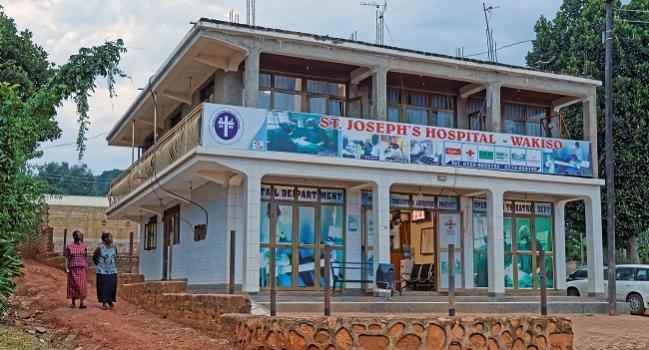 Infections and parasites have long been blamed as the chief challenges to health in tropical countries, but a new review should turn that thinking on its head. Writing in Nature this month, Majid Ezzati, PhD (Imperial College London, England), and colleagues report that noncommunicable diseases—most notably heart disease and cancer—cause more deaths in low- and middle-income tropical countries than they do in high-income Western nations.

Noncommunicable diseases (NCDs) “are an important cause of ill health and early death in low- and middle-income tropical countries, and after accounting for differences in age, most NCDs have a higher mortality burden than in high-income Western countries,” Ezzati et al write. “Therefore, reducing the burden of NCDs is essential for improving health in low- and middle-income tropical countries and reducing global health inequalities.”

The “classical portrayal” of disease in the tropics has been one of viral, bacterial, or parasitic infections that thrive in hot and humid environments, while unhealthy diets and habits, as well as physical inactivity, are seen as the key precursors to disease in the West.

Ezzati and colleagues set out to see whether economic forces and “modernization,” known to give noncommunicable diseases a leg up in developing nations, are having an impact in low- and middle-income tropical countries, defined as having half or more of their landmass between the Tropic of Capricorn and the Tropic of Cancer. Four regions, representing 85 countries, were included in the analysis: Tropical Africa, Tropical South Asia, Tropical Southeast Asia, and the Caribbean/Latin America.

They found that, in 2016, 55% of deaths in the four tropical regions were caused by NCDs, while just 34% were from infectious/parasitic diseases, maternal/perinatal conditions, or poor nutrition (remaining deaths were due to injury). The importance of NCDs varied across the four regions and was greatest in parts of Southeast Asia, Latin America/Caribbean, Mauritius, and Seychelles. Only in Tropical Africa did NCDs take a back seat to the more “classic” killers such as infection, childbirth, and malnutrition. In Western countries, not surprisingly, NCDs made up nearly 90% of deaths.

How do you make healthcare and healthy food affordable and accessible to the people who can least afford it? Majid Ezzati

Looking at heart and vascular diseases specifically, cardiovascular diseases were responsible for 5.8 million deaths (23% of all deaths) in the tropical countries studied, ranging from 13% of deaths in Africa to 32% of deaths in Southeast Asia. By contrast, cardiovascular diseases in 2016 caused 2.2 million deaths (30% of all deaths) in high-income Western countries. Mortality from rheumatic heart disease stood out for causing the largest regional disparities, being virtually absent in the Western high-income countries, but causing nearly 300,000 deaths worldwide, half of those in Africa, India, and Southeast Asia. Still, “even in these regions, rheumatic heart disease accounted for no more than 4% of CVD deaths in 2016,” the researchers note.

Ezzati et al’s paper proposes a range of interventions and research priorities, concluding that the chief causes of NCDs in the regions studied stem from poor nutrition, living environment, infections, inadequate regulation of tobacco and alcohol, and barriers to healthcare.

“Low-hanging fruits would, in most places, [be] comprehensive tobacco control and building hypertension detection/management into primary care,” Ezzati told TCTMD in an email. “Both are effective and cost-effective and can be done with adapting existing policy/care infrastructure.”

While cardiovascular deaths in Western countries “have declined for decades,” the pressing needs of today have shifted elsewhere, he pointed out. “Although not directly in the paper, the issue is now the much higher CVD rates in the poor, and how to deal with that,” Ezzati said. “How do you make healthcare and healthy food affordable and accessible to the people who can least afford it?”

Both Ends of the Spectrum

Commenting on the study for TCTMD, Eduardo Sanchez, MD, Chief Medical Officer for Prevention at the American Heart Association, called the findings “not surprising.”

“As classic vaccine-preventable conditions become eradicated (like small pox) or rare (like polio), and as economies improve that give citizens in many countries more disposable income and that make plumbing and sewer systems, for example, more accessible—in those same countries noncommunicable diseases (NCDs) are becoming more prevalent,” Sanchez said in an email. “Behaviors such as tobacco use, unhealthy eating, and being sedentary are on the rise and contribute to high blood pressure, high cholesterol, diabetes, and cardiovascular disease.

“Preventing NCDs is more challenging than a ‘one and done’ vaccine,” he continued. “Prevention requires behavior change to not smoke, eat healthfully, and move more—easier to say than to do. Once diagnosed, these conditions often require lifelong treatment that includes lifestyle change . . . and medications: an expensive proposition for individuals and for ministries of health.”

All of the necessary risk-factor management and treatment put stresses on countries, many of which are still combating infectious diseases and other problems related to poverty and environment, said Rohan Khera, MD (UT Southwestern Medical Center, Dallas, TX), also commenting on the study for TCTMD.

Like Sanchez, he agreed that these findings have been anticipated. “This was something that we expected, that CVD would make inroads in the developing world and that as communicable diseases went down and risk factors rose, that we would subsequently see bad outcomes,” Khera said. “What this study really highlights is that it is much worse than we anticipated.”

Khera added that he did his medical training in both India and the United States, so he’s “seen both ends of the spectrum.” But while emerging nations like India have, in many regions, seen a risk factor burden rise to match that of the West, those healthcare needs are now competing with those placed by traditional, communicable diseases, placing tremendous burden on healthcare systems and resulting in suboptimal care.

Add to that a genetic component with certain ethnic groups, as well as systems of emergency care that are nascent or nonexistent, and you have a recipe for a burgeoning crisis of noncommunicable diseases like cardiovascular disease, Khera said.

“It’s a combination of everything: poor risk factor management, poor rescue strategies, and higher mortality—all of this is expected, but to see these numbers is surprising and concerning,” he stressed.

One-Fifth of the World Will be Obese by 2025, Analysis Predicts