The rate of probable and definite stent thrombosis was low through 5 years, especially considering the real-world nature of the trial, says one expert. 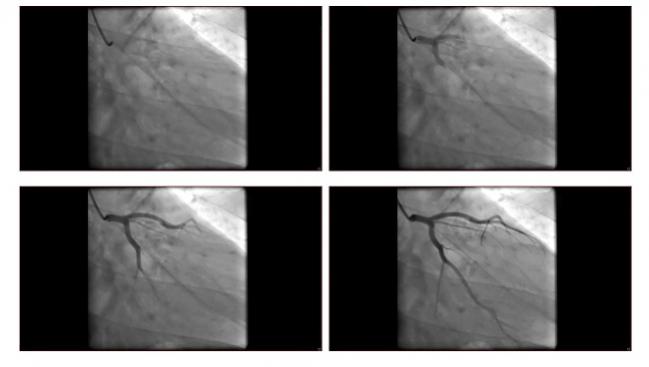 Long-term follow-up from the TWENTE trial—a randomized comparison of the Endeavour Resolute zotarolimus-eluting stent and the Xience V everolimus-eluting stent—shows the two stents have similar rates of target vessel failure at 5 years, as well as low rates of definite and/or probable stent thrombosis.

Interestingly, the analysis included 318 patients eligible for enrollment in TWENTE, but not randomized into the trial, who received treatment with the Resolute (Medtronic) and Xience V (Abbott Vascular) stents. Among these eligible but nonrandomized patients, a group with more advanced disease, the overall 5-year rate of target vessel failure was higher than what was seen in the 1,391 randomized participants; the difference was driven by higher rates of cardiac mortality.

“Our manuscript is highly unique in that it presents not only 5-year clinical results of a major randomized drug-eluting stent trial but also reports long-term data of a registry that compares clinical outcome of participants in the randomized trial versus patients who were eligible (for enrollment in the randomized trial) but were not enrolled,” lead investigator Clemens von Birgelen, MD (Thoraxcentrum Twente, Enschede, the Netherlands), told TCTMD via email. “The data of both, trial and registry, provide together strong evidence of the safety and efficacy of the newer-generation drug-eluting stents used.”

The TWENTE study, published January 18, 2017, in JAMA Cardiology, first released 1-year results at TCT 2011 that were later published in the Journal of the American College of Cardiology. Designed as a “real world” comparison between the Resolute and Xience stents, the 1-year rate of target vessel failure—a composite of cardiac death, target vessel-related MI, and clinically driven target vessel revascularization—was nearly identical between the randomized groups.

The 318 eligible patients who weren’t included in the trial were older than the enrolled patients and more often had a history of MI, prior CABG surgery, and a history of renal failure. They also had more complex disease and were more likely to be treated for in-stent restenosis. At 5 years, their rate of target vessel failure was 23.3%, which was significantly higher than the 17.1% observed among randomized patients. The rate of definite/probable stent thrombosis in the nonenrolled group was 1.0%, which was not significantly higher than the rate observed in the randomized study. The researchers did not stratify clinical outcomes in nonenrolled patients by stent type.

Dean Kereiakes, MD (The Christ Hospital, Cincinnati, OH), who wrote an editorial accompanying the study, praised the investigators for including the additional 318 patients in the analysis. Such a “more comers” approach helps to eliminate bias that can creep into randomized controlled clinical trials.

“Many of us have patients who are eligible for trials and we might not enroll them, for whatever reason,” he said. As an example, Kereiakes pointed to NORSTENT—a trial comparing drug-eluting and bare-metal stents for coronary artery disease—and noted that 12,400 were eligible for enrollment but just over 9,000 patients were included in the study. “So, there were over 3,200 patients eligible, or 25% of eligible patients, not randomized,” he said. “So don’t tell me there’s no intrinsic bias.”

To TCTMD, von Birgelen said the TWENTE trial had an enrollment rate of approximately 82% of eligible patients. The data suggest that in clinical trials high enrollments are very desirable as they help prevent “cherry-picking” ideal patients.

The current design standard for DES studies set by the US Food and Drug Administration is based on primary endpoint assessments at 1 year. Such follow-up of TWENTE are of interest to the interventional cardiology community and welcomed by the editors, particularly when it includes contemporary-generation and clinically approved devices, state Kirtane and Bonow.

Making Sense of the Data

In long-term follow-up of the enrolled patients in TWENTE, the 5-year rate of target vessel failure was 16.1% among those treated with the zotarolimus-eluting stent and 18.1% among patients treated with the Xience stent (P = 0.36).

Speaking with TCTMD, Kereiakes emphasized that the TWENTE study included a broad spectrum of patients. Regarding the results, he said the overall rate of definite stent thrombosis, including the enrolled and nonenrolled patients, was 0.7% in 1,709 patients receiving either a Resolute or Xience stent. The rate of definite/probable stent thrombosis in the overall group was 1.8% at 5 years.

Citing these data, as well as longer-term findings from LEADERS-FREE and ZEUS, Kereiakes said these are “yet more nails in the coffin of bare-metal stents.” He expects the upcoming SENIOR trial, a study comparing an everolimus-eluting stent with a biodegradable abluminal polymer (SYNERGY II, Boston Scientific) against bare-metal stents in older patients, also to be positive.

Kereiakes said the annualized rate of target vessel failure beyond the first year in a broad spectrum of patients is approximately 2% to 3%. “That’s true for bare-metal stents and that’s true for best-in-class, second-generation drug-eluting stents,” he said. These device-oriented events go on for perpetuity, which is one of the reasons bioresorbable scaffolds have been developed, although they’ve yet to deliver on this long-term promise.