The Swedish study “shows you a glimpse of what possibly could happen if we truly as a society made optimal risk factor control a priority,” an expert says. 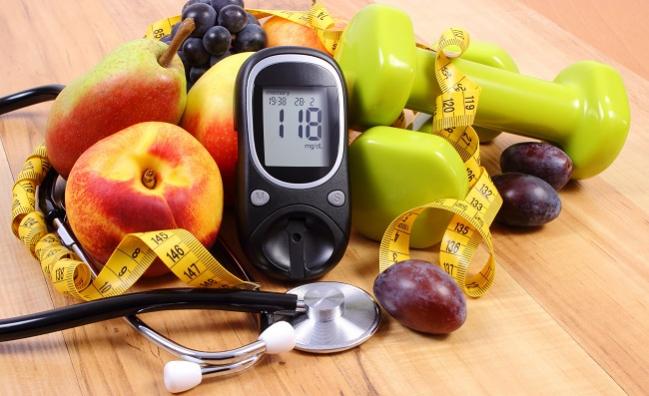 Taking a multifactorial approach to risk factor management in patients with type 2 diabetes is the most effective way to reduce or even eliminate their vulnerability to adverse events, according to a new analysis of data from Sweden.

Researchers found that successfully meeting up to five targets for things like blood pressure and cholesterol decreased the risks of death, acute MI, and stroke in diabetic patients, who normally see risks that are two to four times higher than in the general population. The more risk factors that were controlled, the more patients stood to gain.

In the past, much of the research in this group of patients has typically focused on approaches that target isolated risk factors, lead author Aidin Rawshani, MD (University of Gothenburg and Swedish National Diabetes Register, Gothenburg, Sweden), explained to TCTMD. “There are only a few clinical trials that have studied the importance of treating several risk factors at once, compared to usual care for these risk factors,” he said.

The new findings do lend support to the idea that controlling multiple risk factors in patients with diabetes would work, but with some caveats, Steven A. Schroeder, MD (University of California, San Francisco), writes in an editorial accompanying the paper in the August 16, 2018, issue of the New England Journal of Medicine.

“A cautionary note is that pathways to target levels of risk factor variables are not always straightforward and often involve issues of lifestyle, adherence to medication, and other behaviors that are hard to modify, despite best attempts,” he says. “For vulnerable populations, risk factor control may be especially challenging, as shown by the widening health gap between social classes.”

Speaking with TCTMD, Mikhail Kosiborod, MD (St. Luke's Mid America Heart Institute, Kansas City, MO), said strengths of the study include its scope and comprehensiveness. “The level of detail and granularity that is available on that kind of scale is extremely good, so that’s one of the great benefits of national registry data from Scandinavian countries. You’re capturing entire populations,” he noted, adding, “It makes these types of epidemiological analysis extremely valuable, because it really allows you to understand what’s going on at a population level.”

What the results clearly suggest is that controlling multiple risk factors could reduce the “extra hazard associated with a diagnosis of type 2 diabetes” that has persisted despite success at decreasing CV events across the population as a whole in recent decades, Kosiborod said. But the study, though promising, in fact only shows an association, not necessarily cause and effect, he cautioned. “It doesn’t necessarily prove that if you take somebody who doesn’t have optimal control and you bring them to optimal control, that their outcomes are in fact going to be similar to somebody who doesn’t have diabetes.”

Implementing strategies to meet risk factor targets might erase the added risk carried by diabetes, or things could turn out to be a lot more complicated, Kosiborod commented. “We’d probably take a healthy bite out of the excess cardiovascular hazard associated with diabetes, but I don’t think we would completely eliminate it, because there are factors well beyond just medical management—eg, economic and psychosocial factors—that are at play here. Nevertheless, I think it shows you a glimpse of what possibly could happen if we truly as a society made optimal risk factor control a priority.”

For their study, Rawshani and colleagues examined data on 271,174 patients with type 2 diabetes who were included in the Swedish National Diabetes Registry between 1998 and 2012. These patients were matched with 1.3 million controls according to age, sex, and where they lived in Sweden. Median follow-up duration was 5.7 years, with 175,345 deaths occurring during this time.

Patients with diabetes who kept all five risk factors within target ranges were no more likely than controls to die or experience a stroke, and they were even less likely to have an acute MI. However, they still were at added risk of being hospitalized for heart failure.

Importantly, the protection derived from risk factor control occurred in a stepwise fashion, such that individuals who met two targets had better outcomes than those who met one, for example. The strongest predictors of CV outcomes and death were low physical activity, smoking, and high glycated hemoglobin, systolic BP, and LDL cholesterol.

“Clinical trials that studied the effect of reducing hyperglycemia in patients with type 2 diabetes have demonstrated contradictory results,” with some showing that controlling that factor wasn’t effective and more recent trials and meta-analyses suggesting that it was in fact possible to lower risk this way, Rawshani said. “Our study actually shows that hyperglycemia seems to be the most important predictor of all cardiovascular risk factors, especially for atherothrombotic disease. . . . It is quite interesting that sugar is so strongly associated with stroke and myocardial infarction.”

Other recent research has connected obesity to heart failure, and especially heart failure with preserved ejection fraction, in patients with diabetes, Kosiborod said. “It’s interesting because heart failure is now emerging as one of the most, if not the most, common cardiovascular outcomes in patients with type 2 diabetes, and also the one associated with the worst prognosis.” The simultaneous epidemics of diabetes, obesity, and heart failure are concerning, he added, and this paper highlights the fact it’s something to be taken seriously for its potential impact not only on outcomes but on healthcare costs.

How Low to Go?

Inspired by the 2015 SPRINT trial, Rawshani et al had decided to test whether the targets set for blood pressure, LDL cholesterol, and hyperglycemia were sufficient in terms of reducing adverse events among patients with diabetes, he said. Using the Swedish data, “we saw that not only if you lower blood pressure but if you also reduce blood lipids and blood sugar below contemporary guideline levels, it is actually possible to reduce the excess risk even further without putting the patient at unnecessary risk from side effects from intensive treatment,” Rawshani explained.

Additionally, Rawshani pointed out to TCTMD that the eldest patients in the study, who were 80 years or older, had lower risk of adverse outcomes compared with their younger counterparts. For example, among those below the age of 55 who failed to control any of the five factors, the risk of death was nearly five times higher and the risk of acute MI nearly eight times higher than seen in controls. But in the 80 and above group, the likelihood of death was similar between the riskiest patients with diabetes versus controls and the likelihood of acute MI was merely tripled by poor risk factor control; good risk factor control, on the other hand, erased the excess risk.

This bolsters the idea hinted at by earlier studies “that there is a strong heterogeneity in type 2 diabetes. Our research group believes that this is the case, and our study also now shows that . . . developing diabetes at a younger age seems to be associated with a more aggressive form of the disease, and that is important since younger patients with type 2 diabetes might need more aggressive treatment and multifactorial treatment along with lowering the risk factors more than current guideline levels suggest.”

One limitation of the study, Rawshani acknowledged, is that it didn’t track risk factors over time, meaning that it’s impossible to know whether individual patients improved their profiles by taking medication or might have not had any of the factors to begin with. But what’s known in general, he said, is that “patients who have cardiovascular risk factors and keep these within therapeutic range by pharmacologic therapy still have a higher risk” than those who were healthy from the start, a pattern that Rawshani suggested may stem from inflammation.

Going forward, researchers should also dig further into whether reducing risk factors below current guideline levels might be beneficial, and seek out novel predictors of heart failure, he said.