FOURIER researchers say that 70 mg/dL is no longer low enough for high-risk secondary patients, suggesting instead a target of 40 mg/dL or lower. 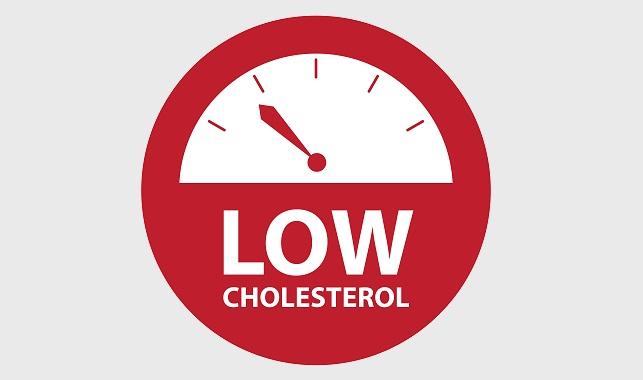 BARCELONA, Spain—Just how low should physicians be targeting LDL cholesterol levels in high-risk secondary prevention patients? The answer appears to be as low as possible, even into single digits, according to a new prespecified analysis of patients treated in the FOURIER trial.

Overall, there was a highly significant, nearly linear relationship between LDL cholesterol concentrations achieved at 4 weeks and risk of cardiovascular death, MI, stroke, coronary revascularization, or unstable angina, the study’s primary endpoint. Patients who achieved an LDL cholesterol level of less than 0.5 mmol/L (< 19.3 mg/dL), for example, had a statistically significant 24% lower relative risk of having a clinical event when compared with individuals with an LDL cholesterol of 2.6 mmol/L or higher (≥ 100 mg/dL).

Robert Giugliano, MD (Brigham and Women’s Hospital, Boston, MA), who presented the data during a clinical trial update session at the European Society of Cardiology Congress 2017 in Barcelona, Spain, said there doesn’t appear to be a bottom when it comes LDL cholesterol targets for high-risk secondary prevention patients.

“Lowest is best,” he said. “Right now, the targets are on the order of less than 70 mg/dL for most of the clinical guidelines, but 70 [mg/dL] is not good enough anymore.” Instead, Giugliano said he would aim for approximately 40 mg/dL, but would push lower if he could do so safely.

Ian Graham, MD (Trinity College, Dublin, Ireland), one of the chairs of the expert panel who drafted the 2016 European Society of Cardiology/European Atherosclerosis Society clinical guidelines for the management of dyslipidemia, said they squabbled for 6 months over what the optimal LDL cholesterol target should be for secondary prevention patients.

After much deliberation, they settled on a treatment target of 1.8 mmol/L (< 70 mg/dL) or a reduction greater than 50%. At one time, treating patients to less than 70 mg/dL was considered aggressive treatment, but no longer, said Graham.

“The line doesn’t waver,” Graham told TCTMD, referring to the FOURIER event curve showing clinical benefit at very low levels of LDL cholesterol. “We haven’t gotten to the point where [the benefit] stops, even at those extraordinary low levels of LDL cholesterol. It hasn’t leveled out and it hasn’t gone up. In most things in medicine, except for smoking, there’s a J-shape association with drugs if you really push it. It hasn’t happened.”

The study was published simultaneously in the Lancet today to coincide with the ESC presentation.

The FOURIER trial, presented and published in March, was the first large-scale clinical outcomes trial testing the PCSK9 inhibitor. As reported by TCTMD, adding evolocumab (Repatha, Amgen) to a background of statin therapy reduced the risk of cardiovascular events by 15% compared with statin therapy alone. In the latest analysis, which included 25,982 patients with an LDL-cholesterol measurement at 4 weeks, patients were stratified into five groups based on achieved LDL cholesterol level, with 2,669 patients achieving an LDL of less than 0.5 mmol/L.

Half of the world can’t even afford statins. We have to be a little bit realistic. Ian Graham

Among patients who achieved these ultra-low levels, the risk of cardiovascular events was significantly lower when compared with patients who had the highest LDL levels. The findings show that “LDL can be safely reduced to unprecedented low levels with a combination of a statin and a PCSK9 inhibitor,” said Giugliano.

Speaking with the media, Giugliano said they also analyzed the safety of treatment. Overall, serious adverse events (SAEs) occurred in 6,106 patients, with less than 4% of all patients having an event that led to drug discontinuation. They saw no differences in SAEs based on achieved LDL cholesterol levels. Specifically, there appeared to be no risk of new-onset diabetes, cataracts, neurocognitive events, malignancy, or hemorrhagic stroke, among others.

ESC/EAS Recommendations on PCSK9 Use

To TCTMD, Graham noted that the clinical outcomes data, as well as the safety data, are still in their infancy, noting that FOURIER only followed patients for 2.2 years. He said the ESC/EAS is planning to release a position paper on the use of PCSK9 inhibitors, and support for the drugs in high-risk patients could be furthered with longer-term follow-up as well as additional data from the second cardiovascular outcomes study with alirocumab (Praluent, Sanofi/Regeneron).

Currently, the ESC/EAS guidelines state alirocumab or evolocumab can be considered in patients at very high risk of cardiovascular events and persistently high LDL cholesterol levels despite maximally tolerated statin therapy in combination with ezetimibe (class IIb, level of evidence C). They can also be used in statin-intolerant patients who are treated with ezetimibe and who still have persistently high cholesterol levels treated with ezetimibe

Speaking as a clinician, Graham said a target of 1.0 to 1.5 mmol/L, which is roughly 40 to 60 mg/dL, would be appropriate for high-risk secondary prevention patients. “Beyond that, I don’t know,” he said. “And of course the only way you can get there is by using these enormously expensive drugs. Half of the world can’t even afford statins. We have to be a little bit realistic.”