Among high-risk patients with failed bioprostheses, a transcatheter solution led to high survival and improved quality of life. 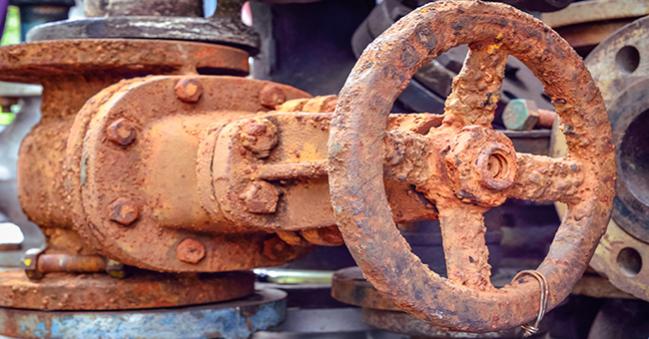 Updated numbers from the PARTNER 2 Valve-in-Valve registry suggest that transcatheter aortic valve replacement for failed bioprosthetic valves carries a low risk of complications, relatively low mortality, and improved hemodynamics that translate into improvements in heart function and quality of life (QoL) at 1 year.

The registry includes the 96 patients included in the initial nested Valve-in-Valve (ViV) registry for the original PARTNER 2 trial plus an additional 265 patients treated as part of a continued-access protocol. An earlier report from this series including a total of 197 patients and presented at TCT 2015 by Danny Dvir, MD (UW Medical Center, Seattle, WA), also supported the feasibility of this procedure. The earlier results showed 30-day and 1-year mortality rates of 4.1% and 13.4%, respectively.

Now, with more than 50% additional patients in the registry, results reported by John Webb, MD (St. Paul’s Hospital, Vancouver, Canada), and colleagues this week in the Journal of the American College of Cardiology show that technique—and outcomes—appear to be improving. For the cohort as a whole, 30-day and 1-year mortality rates were 2.7% and 12.4%, respectively. Similarly, when the first 100 patients were compared with those who followed, the results pointed to significant improvements in parallel with operator experience: mortality at 1 year was nearly 20% among the first 96 patients treated as compared with 9.8% among the patients that followed.

Those “striking” improvements support the fact that “a learning curve did exist,” Webb et al write.

Measures of hemodynamics, heart function, and quality of life also showed improvements from baseline to follow-up across the entire cohort. “In a highly comorbid population such as this,” investigators write, “QoL measures take on great importance, perhaps even greater than mortality.”

The researchers also saw less paravalvular regurgitation, lower rates of new pacemaker implantation, and no cases of annular rupture. Those findings, they say, are likely due to the rigid annular ring of the originally implanted surgical bioprosthesis that “protected against these complications.”

Speaking with TCTMD, senior author on the paper, Martin Leon, MD (NewYork-Presbyterian/Columbia University Medical Center, New York, NY), highlighted the rigor of the clinical events committee and core-lab adjudication, as well as the fact that operators were limited to the older generation Sapien XT device (Edwards Lifesciences) in the 23-mm and 26-mm sizes only. He also cited the high-risk nature of the patients—age 78 on average with STS scores > 9. Given all these factors, Leon said, the results are “mind-blowing.”

Compared with the VIVID registry, which was a retrospective registry of ViV patients showing mortality rates of more than 16% at 1 year, “this is a much stronger, prospective series that really provides strength to the argument that this is clearly the standard of care in high-risk patients with a failed surgical bioprosthetic valve,” Leon observed.

Looking to the Future

More than two-thirds of the bioprostheses in the current series were more than 10 years old at the time of the ViV procedure. Asked whether ViV procedures in the future will be suitable for the surgical valves being implanted today, Leon noted that the surgical bioprostheses in use currently “haven’t changed all that much—the valve material is essentially the same and nobody is suggesting, necessarily, that durability is going to be very much improved, compared with the valves that were being used 10 years ago.”

What is happening, however, is that surgeons aim to implant larger valves today, which might potentially delay valve failure but would also make them more suitable to ViV procedures, Leon noted. Earlier studies have suggested that constrained transcatheter valve expansion or malcoaptation may accelerate leaflet degeneration and compromise durability. In Webb et al’s study, 27% of failed bioprostheses had a size of 21 mm or less.

Webb observed that the risk of doing the second procedure as a TAVR will “certainly” be lower than a second valve surgery, but that durability might not be quite as good as a redo surgical valve. “This begs the question whether in future the first valve should be a transcatheter valve, allowing better expansion of a second transcatheter valve when the first valve fails,” he said.

Cardiothoracic surgeon Vinayak Bapat, MD (Guy’s and St. Thomas' Hospital, London, England), commenting on the paper for TCTMD, injected a note of restraint. "I feel that ViV is an important advance, but we still need to understand the limitations of this treatment so that we can confidently advise our patients when they choose their first valve operation. We are not there yet.”

Speaking to the issue of initial valve size, Bapat said in an email: “I also feel that results of ViV in small surgical valve sizes will be suboptimal in younger patients.” As such, he continued, “we need to educate the surgeons when choosing type of surgical valve and also [convince] industry to modify the current valve design to accommodate ViV."

These are the kinds of considerations that would need to be taken into account before ViV could be considered as a future option at the time of the first surgery, Blase A. Carabello, MD (East Carolina University, Greenville, NC), points out in an accompanying editorial. Demonstrating feasibility, he notes, is a “far cry” from validating a prospective strategy wherein “a relatively young patient is advised to undergo aortic valve replacement with a surgically implanted bioprosthesis with the hope of performing ViV TAVR if the first valve fails.” Such a strategy, he cautions, needs more data.

Whether transcatheter valve-in-valve procedures will be the best approach in patients with failed TAVR devices in the future remains to be seen.

“We have some experience with this already,” Webb told TCTMD. So far using a transcatheter heart valve (THV) to treat a failed THV “works well,” he said. “One advantage is that transcatheter valves are larger than surgical valves and can be expanded even larger. This means we will get better valve opening and lower gradients than with surgical valves.”

Leon pointed out that THV-in-THV outcomes may depend less on what type of valve failed than on which TAVR device is used in the second procedure. For example, there is some evidence to show that using a CoreValve (Medtronic) to treat CoreValve failure is not the best option, because you can end up blocking access to the coronary arteries, making access “extremely difficult,” he said.

“So there are some technical nuances that we’ll have to sort out when we get into a valve-in-THV,” Leon commented, “but I think the implication is, yes, in the future, this might be an important therapy for THV failure, but we need to accumulate more data.”

Forging Into the Future: Debating the Merits of TAVR in Younger, Futile, and Lower-Risk Patients

Valve-in-Valve: What You Need to Know