Chest pain, a positive hs-cTnT, and a nondiagnostic ECG together pose a quandary for physicians. A study suggests CMR and CTA can help. 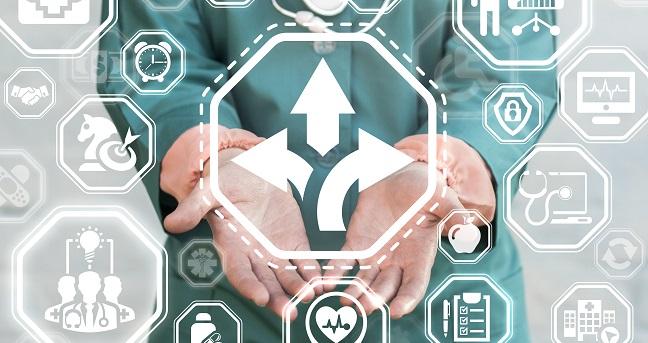 CTA and CMR reduced the use of invasive angiography to 66% and 87%, respectively, in patients without a clear NSTEMI diagnosis but did not increase the risk of major adverse cardiovascular events, researchers report.

Senior investigator Sebastiaan C.A.M. Bekkers, MD, PhD (Maastricht University Medical Center, the Netherlands), said the emergence of highly sensitive troponin assays has increased the ability to detect and diagnose MI, but that this had led to trouble in some patients, particularly those with an inconclusive ECG. “One of the problems is that because it’s so highly sensitive, the negative predictive value is very high,” he said. “With a normal or low troponin, you’re absolutely sure it’s not an MI, that it’s not myocardial damage. However, once the biomarker is elevated you start to have trouble.”

Most such patients—those with chest pain plus elevations in high-sensitivity troponin but a nondiagnostic ECG—are treated as if they’re having MI and referred for invasive angiography, said Bekkers. “We know from the conventional troponin era that roughly 20% to 30% of these patients don’t have obstructive coronary disease.” The goal, he added, is to reduce the need for invasive testing given that the procedure is costly and carries some degree of risk.

With Martijn W. Smulders, MD (Maastricht University Medical Center), as lead author, the findings were published online ahead of the November 19, 2019, issue of the Journal of the American College of Cardiology.

Imaging Strategies as an Angiography Alternative

In this single-center study, 207 patients with chest pain, hs-cTnT levels > 14 ng/L, and an inconclusive ECG were randomized to a CMR- or CTA-first strategy versus a control strategy of routine clinical care. The CMR and CTA results were sent to the patient’s treating physician with the idea that those with minimal or no obstructive CAD could avoid invasive angiography. For those treated with noninvasive imaging first, angiography was recommended if CMR or CTA suggested myocardial ischemia, infarction, or coronary stenosis ≥ 70%.

Use of CMR or CTA significantly reduced the proportion of patients referred for invasive angiography. In the usual-care arm, all 69 patients were referred to the catheterization lab compared with 59 of 68 patients in the CMR arm and 46 of the 70 patients in the CTA arm (P = 0.001 and P < 0.001 versus usual care, respectively). Among the patients assigned to CMR, eight were sent to the cath lab for angiography instead because of technical problems, claustrophobia, not fitting into the scanner, or an unforeseen need for urgent invasive angiography (widening QRS complex and dynamic ST-T changes).

The reductions in the rates of invasive angiography were maintained at 1 year, with 88% and 70% of the CMR and CTA patients, respectively, referred for angiography.

In terms of clinical endpoints, rates of 1-month and 1-year MACE were similar in all three groups. A composite endpoint of MACE and procedure-related complications occurred in the 23% of patients treated with usual care, 19% of patients in the CMR arm, and 16% of patients in the CTA group (P = 0.56 and P = 0.27, respectively, vs routine care).

“I hope cardiologists will see this as an alternative,” said Bekkers. “Nowadays, we’re spending a lot of money on healthcare, doing a lot of tests. And you might say CMR and CTA is another test, but if it prevents a more expensive, more invasive coronary angiography, I think it will be cost-effective. I hope cardiologists will appreciate the study and at least think that’s not all about coronary artery disease.”

Usual Care All Went to the Cath Lab

Umesh Khot, MD (Cleveland Clinic, OH), who was not involved in the study, said the strength of high-sensitivity troponin testing is that it identifies patients who are extremely low risk.

“We’ve taken detection down so tightly that if it is negative that is an extremely powerful predictor of a good outcome,” he said. “The conundrum is that it’s created this group of patients in the middle who have these slight elevations that under an old test we would have said they were fine. Now we’re seeing it and what do we do with it? It’s a process that’s still developing. [Upfront imaging] is one of the options.”

If the troponin is high and you don’t find coronary disease, look for something else. Umesh Khot

Khot pointed out that investigators used a very strict definition of elevations in hs-cTnT. While 14 ng/L is the 99th percentile upper reference limit for this fifth-generation immunoassay, patients at these levels can often have other conditions aside from conventional NSTEMI. “When you go down to these very sensitive levels of high-sensitive troponin, we know it’s a very mixed bag in terms of patient population,” he said. “These patients have all kinds of things in addition to coronary disease.”

Noting that all 69 patients in the usual-care arm underwent invasive angiography, Khot said this suggests investigators treated these low-risk patients “extremely aggressively.” At the Cleveland Clinic, many of these patients would not be sent directly to the cath lab but would likely undergo stress testing. The study successfully showed that the imaging-guided strategy lowered the rate of invasive testing, but Khot questioned whether the between-group differences would be as large or significant if usual care were less aggressive.

One of the most interesting findings from the study is that CTA was better at ruling out obstructive CAD while CMR was better at providing alternative diagnoses, said Khot. This suggests the different modalities are complementary rather than competitive. “MRI was very useful at finding other things,” he said. “One of things we’re seeing more increasingly in patients with NSTEMI, or who have elevated troponins broadly, is that if we go in and there are don’t see any obstructive disease then MRI is useful to identify other disease processes.”

“If the troponin is high and you don’t find coronary disease, look for something else,” said Khot. “Don’t just stop.”

More Than One Gatekeeper

Admir Dedic, MD, PhD, Murat Arslan, MD (both from Erasmus Medical Center, Rotterdam, the Netherlands), and Joseph Alpert, MD (University of Arizona College of Medicine, Tucson), who wrote an editorial accompanying the study, agree with the need for an upfront noninvasive imaging test. Like the researchers, they point out that the newer troponin tests are identifying more and more patients but healthcare resources are finite. So, they state, “we are compelled to seek a more efficient yet safe diagnostic approach.”

Bekkers said that while the imaging-guided strategy appears safe at 1-year follow-up, there are several limitations to the study, including its small size. The study needs to be validated in a larger, multicenter randomized trial, for which he is hoping to gain funding, and a cost-effectiveness analysis should be performed. The uncertainty around the diagnosis of patients with chest pain and an inconclusive ECG confounds clinicians worldwide, he said, noting that NSTEMI patients represent “daily work” for emergency departments and cardiologists.

“We are an academic medical center and we have optimal imaging strategies,” he said. “Our logistics were very well organized for this study, but there are a lot of problems still. In Europe, CMR and CTA are the working field of radiologists. You need to have very good collaboration with the radiology department, because these patients need to have their MR or CT within the first 72 hours.”

The editorialists also acknowledge the study’s limitations, noting that further research is needed to determine if CTA or CMR can act as a safe and effective gatekeeper for invasive angiography.

By Shelley Wood
Conversations in Cardiology

Conversations in Cardiology: Should Interventional Cardiologists Get Paid for Being On Call?

Initial Imaging-Guided Strategy vs Routine Care in Patients With NSTEMI