An overall rise in pill adherence did not seem to translate into a reduction in blood pressure levels. 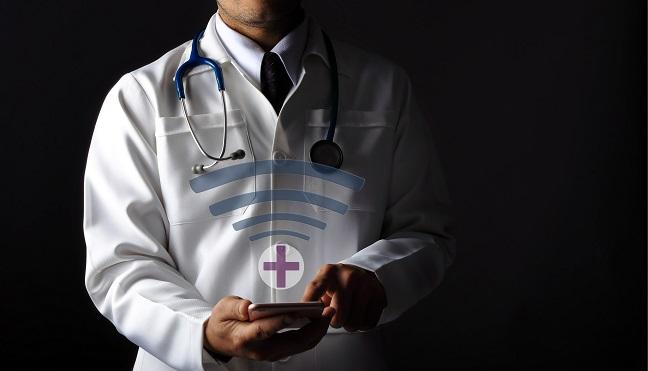 A smartphone app designed to boost adherence to antihypertensive medication among individuals with poorly controlled hypertension has only a small impact on adherence scores and no impact on systolic blood pressure levels, a new study shows.

Despite the absence of benefit, investigators remain hopeful that mobile health technology can one day be used to lessen the morbidity and mortality associated with patients not taking medications for chronic conditions.

“Adherence is a really hard problem to fix and I think one interpretation of the result is that technology, which I believe is a necessary part of the solution, might not be sufficient, certainly when it’s used as a stand-alone feature,” senior investigator Niteesh Choudhry, MD, PhD (Brigham and Women’s Hospital, Boston, MA), told TCTMD. “So for me, the take home is how do we integrate apps like this back into clinical care without overwhelming clinicians while also allowing for adequate feedback to patients.”

The study, which was published April 16, 2018, in JAMA Internal Medicine, tested the Medisafe mobile health app in 411 patients aged 18 to 75 years with systolic blood pressure 140 mm Hg or greater who were taking up to three antihypertensive medications. To TCTMD, Choudhry said that while many factors contribute to poorly controlled blood pressure, nonadherence to medication is often the likely culprit. “People, on average, take about half of their medications as prescribed and that leads to preventable morbidity and mortality,” he said. “So there’s lots of solutions being used in the marketplace, trying to leverage technology to help this problem.”

All patients in the MedISAFE-BP study received a Bluetooth-enabled blood-pressure monitor and instructions on how to measure their blood pressure. Although they were provided with instructions for downloading the app, which is available for Apple and Android devices, the study tested it as a stand-alone feature independent of clinical care, since this is how these apps are used in the real world.

After uploading their medications into Medisafe, individuals receive reminders to take their drugs as scheduled. The app also generates adherence reports and allows patients to track multiple measures, such as blood pressure, weight, and glucose levels. It also includes a “peer support” feature where a friend/family member receives updates regarding any progress with adherence.

Commenting on why there was such a large reduction in blood pressure in the control group, Choudhry said he suspects it relates to the study’s screening process.

“In order to get people into this trial, we had to do a lot of screening,” he told TCTMD. “We may have ended up with a group of individuals who were particularly responsive to blood-pressure monitoring. We sent all the participants blood-pressure cuffs in order to evaluate the outcomes, and it’s possible that really motivated some individuals to change their health behaviors.”

It’s also possible that reductions in blood pressure from baseline until the end of follow-up in both the control and intervention arms resulted in “fluctuations in the home blood-pressure readings and/or regression to the mean,” say the researchers.

Choudhry still believes there is a role for technology in medication adherence, particularly since these mobile apps are largely inexpensive and scalable, but said its exact role still needs to be defined. In terms of improving smartphone apps to provide greater benefits to patients with hypertension, the researchers stated that one solution might be to offer disease-specific customization of these tools. Choudhry said it’s also unknown if there is a way to identify patients most likely to benefit from an app.

Most importantly, though, he believes the app as a “stand-alone” tool for patients is not enough and that there is a need for better integration into clinical care.

In an editorial, Alexander Logan, MD (Mount Sinai Hospital, Toronto, Canada), and S. Vanita Jassal, MD (University Health Network, Toronto, Canada), state that the “effectiveness of mobile health technologies seems to be dependent on how patient-gathered data are fed back and used by healthcare professionals, with the key to success likely being the strength of the communication loop with patients.”

The editorialists note that the Medisafe app has many positive features, including ease of set-up, low cost, and promotion of medication self-management. For patients, though, a system that automatically offers “immediate, personalized action messages about achieving or maintaining goals of care and prompts appropriate contact with the healthcare team” is desirable, they say. The present study, they write, highlights the strengths and limitations of current “state-of-the-art” mobile apps, such as Medisafe.