In a French study, a 5-minute video led to more correctly answered questions about the procedure and its potential risks. 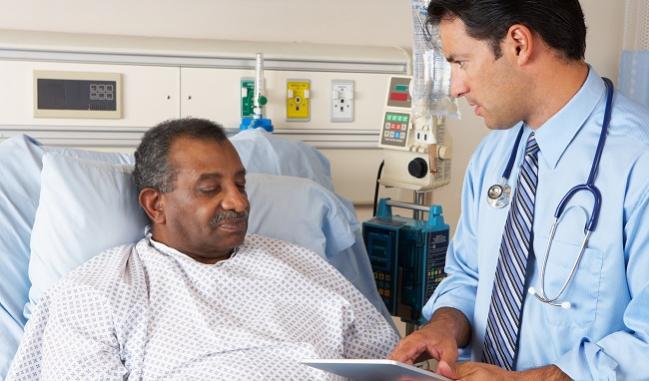 Compared with standard handouts and explanations about PCI, a video presentation may be better at helping patients understand the procedure and risks associated with it, a new study suggests.

“Our results support the use of such tools, with the scores of a self-reported patient satisfaction questionnaire significantly higher after viewing an educational video than after receiving standard information,” write researchers led by Benoit Lattuca, MD (Caremeau University Hospital, Nîmes, France).

Patients who watched the video got an average of two more questions correct than those in the standard-information group (11.8 vs 9.5; P < 0.001). The video group also was more likely than the standard-information group to answer correctly when asked about how PCI is performed, where it is performed, length of time the procedure would take, how the coronary arteries are visualized, the possibility of CABG, importance of bed rest after transfemoral puncture, and need for life-long medical therapy after stenting.

The video group also performed better with regard to understanding possible complications, including risks of ecchymosis, renal failure, allergy due to iodinated contrast, emboli, surgery to repair arteries at the puncture site, and cardiac arrest. Most noticeably, those who watched the video were more than three times as likely as the standard-information group to answer the question regarding the risk of death correctly (63% vs 20%; P < 0.0001). The advantage for the video-information group was seen in both men and women, and across all age categories and education levels.

Self-reported patient satisfaction with the information they received also was higher in the video group. Anxiety levels, however, were unaffected when the two groups were compared, although they was a nonstatistically significant trend toward a decrease in anxiety in the video group.

The study, published online March 12, 2018, ahead of print in the American Heart Journal, was conducted at 39 hospitals in France over a 2-week period in 2015. On the day prior to PCI, the 821 consecutive patients received an oral explanation and a standard written-information and consent form, with or without the addition of a 5-minute video that they watched on a tablet. All patients had been hospitalized and were scheduled for the procedure. The centers were randomly assigned to 1 week of the standard education protocol and 1 week of the video education protocol.

Patients filled out a 16-point questionnaire after being provided with either the standard or video information. The questionnaire gauged their understanding of the procedure itself and its purpose, stenting, risks, and postprocedural care. Other endpoints that were evaluated included patient satisfaction with the information delivered and anxiety about the procedure.

According to Lattuca and colleagues, the study shows that there is potential for improving patient understanding and comfort with the procedure. They add that while it might be assumed that older patients would benefit less from the video messages than younger patients, “elderly patients, who comprise a large proportion of those suffering from coronary artery disease, also showed a significant improvement in understanding, suggesting age should not be considered a limiting factor when conducting studies of this nature.”

Lattuca and colleagues also note that the findings “highlight the necessity of repeating information to achieve improved understanding.” Patients in the study who had received information about coronary angiography before admission had better scores than those who did not. Prior exposure to a cardiologist was also predictive of a higher information score, which the authors say is likely due to having already heard some explanations and information about their procedure.

In an interview with TCTMD, Michael B. Rothberg, MD, MPH (Cleveland Clinic, Cleveland, OH), who was not involved in the study, said video education has the potential to create “a standardized platform” to ensure that all patients undergoing a procedure get the same high level of information. This is important, he noted, since some physicians may not take as much time as they should in reviewing all pertinent information with the patient, or simply may not explain things very well.

While the study authors are to be applauded for their efforts, Rothberg said the improvements between the standard- and video-information groups for most of the material on the questionnaire were modest at best. However, he said, the large increase in percentage of those who understood the risk of death suggests physicians may not be stressing that aspect to patients or may be afraid of discouraging their patients from having the procedure.

“It’s also interesting that despite the video clearly saying there was a risk of death, only 63% of the patients who saw the video realized that there was a chance of death,” Rothberg said. “It tells you something about the fact that patients don’t hear everything presented to them and we need even better ways to make sure they [understand].”

One improvement he suggested might be to make the education experience more user-friendly.

“If you were going to be innovative about this you might ask the patients the questions first and if they get them wrong then the video could educate them to make sure they get it right by the end,” he added. Or, the video could ask the questions and if patients get a wrong answer, it could explain why that answer is wrong and point them in the direction of the correct answer, he added.

“We have so much more ability to interact with computers than we did even a few years ago that it’s kind of sad that we’re still just using video technology, which has been around for decades, rather than some much more interactive way to get the information across,” Rothberg observed.

More Awareness of Familial Hypercholesterolemia and Severe Dyslipidemia, yet Statin Use Remains Low

Be a HOT Interventionalist With Honest, Open, Two-Way Communication 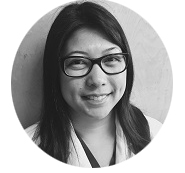 How Informed Is Your Consent Process? 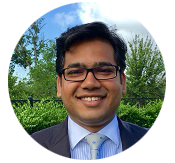 Obtaining Informed Consent: The Essentials and How to Succeed in Difficult Scenarios