When policies that restrict pharmaceutical detailing are enacted, physicians are less like to prescribe the drugs being promoted, new data suggest. 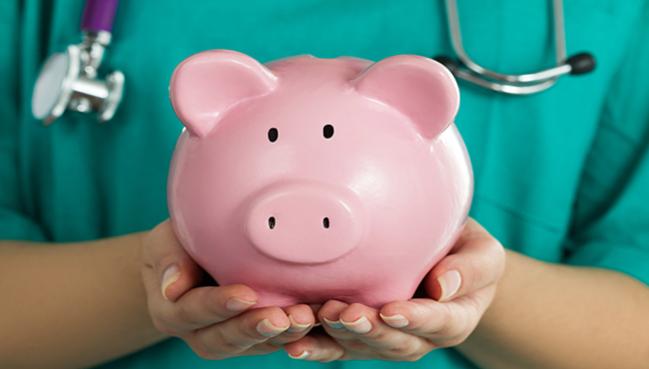 When academic medical centers put measures in place to curb visits from pharmaceutical sales representatives, the clinicians spared those interactions are slightly but significantly less apt to prescribe the drugs that would have been promoted and more likely to choose generics, observational data suggest.

The findings, based on more than 16 million prescriptions written by nearly 27,000 physicians over a 6.5-year time span and including several classes of cardiovascular drugs, were published today in the Journal of the American Medical Association.

Lead author Ian Larkin, PhD (University of California, Los Angeles), acknowledged to TCTMD via email that the relative 8% change in prescribing habits seen in the study is “modest,” amounting to just a 1.67% absolute decrease in market share for detailed drugs. But he said this makes sense given that the policies to limit pharma-physician interactions “were modest as well, and simply involved things like bans on meals and other gifts, requiring appointments (rather than allowing sales representatives to drop by unannounced), or barring sales representatives from patient care areas.”

Additionally, he pointed out: “Because generic drugs are up to 90% cheaper than branded drugs, the cost savings are large—something on the order of 6%. Prescriptions make up such a large share of total healthcare spending that this kind of cost reduction is, in our opinion, very large.”

The overall lesson here is “that medical centers—and not just academic ones, but also private practice centers—can and should take an active role in regulating conflicts of interest,” Larkin stressed. “Research in other professions, such as mutual funds and accountants, has shown that individual employees—even the most well-meaning ones—sometimes are unaware of decisions they make that are biased by these conflicts.” It’s possible, he said, to make sure that valuable information on drugs can be available while minimizing bias.

James N. Kirkpatrick, MD (University of Washington, Seattle), asked to comment on the findings, told TCTMD that attempts to limit conflicts of interest are more convincing when justified by data showing their positive influence. If, as some argue, “there is an educational benefit to pharmaceutical detailing, you kind of have to have some evidence to suggest that there’s an advantage for not allowing it,” he said, adding that this study has “generated some evidence that suggests that there is a societal benefit in terms of cost savings that warrants [these policies].”

In lieu of detailing, though, there must be “some other way then of providing this education in a fashion that is going to be rigorous but that will also be easy” to obtain, Kirkpatrick said.

Larkin and colleagues analyzed a total of 16,121,483 prescriptions written between January 2006 and June 2012 by 2,126 physicians working at 19 academic medical centers, located in California, Illinois, Massachusetts, Pennsylvania, and New York, that had enacted policies to limit detailing (the intervention group) and 24,593 matched controls who did not work at centers with such policies. They considered eight classes of medications: lipid-lowering, antihypertensive, diabetes, gastroesophageal reflux disease, attention-deficit/hyperactivity disorder, antidepressant, and antipsychotic drugs as well as sleep aids. The researchers compared prescribing habits between the 10- to 36-month period before detailing policies began and the 12- to 36-month period afterward.

Overall, exposure to a detailing policy was linked to a 1.67% decrease in the market share of detailed drugs and a 0.84% increase in that of nondetailed drugs (P < 0.001 for both). The links were significant for all but diabetes and antipsychotic drugs and at nine of the 19 academic medical centers with official policies.

Comprehensiveness of the policies seemed to make a difference. Eight of the 11 medical centers that limited gifts, restricted sales reps’ access to facilities, and had explicit means of enforcement showed significant shifts in prescribing habits. However, of the eight centers with less all-encompassing policies, only one had a significant change.

According to Larkin, the researchers are currently trying to assess whether certain aspects of the policies influence prescribing more than others.

Larkin explained to TCTMD that the study’s design is meant to mimic a randomized trial, in that it compared before and after policies were enacted, rather than comparing only between centers that did and did not enact such policies. “We would have loved to convince a bunch of academic medical center deans to randomly assign their detailing policies,” he said, “but obviously this is infeasible.”

One strength of the methods, he said, is that any larger changes that applied to both the intervention and control groups—such as new generic drugs being introduced or pharmacies automatically substituting generics for brand-name drugs when possible—“cannot be driving the results.”

Kirkpatrick agreed that the findings are convincing, although like the researchers he emphasized the observational nature of the study and pointed out that physicians in the control group were mainly in private practice, as compared to those in the intervention group being at academic medical centers. That said, Larkin et al “were really were very, very conscientious about . . . trying to control for as many factors as possible,” he observed.

To TCTMD, Larkin said the researchers also tried to use the results of their statistical model to estimate what the cost savings would be if the detailing restrictions were applied nationwide (with the assumption that the changes seen at academic medical centers would be seen for the average US physician). "The number we estimated," he said, "was about $3.7 billion."

What Is Gained and What Is Lost?

But there is the question of whether, by limiting these sorts of interactions between doctors and sales reps, something is being lost. In an editorial accompanying the paper, Collette DeJong, BA and R. Adams Dudley, MD, MBA (University of California, San Francisco), point out: “In the United States, there is no formal approach to educating physicians about new drugs. In the absence of such a system, physicians must either find information about new therapies from other sources, such as by reading or attending meetings, or accept information from pharmaceutical representatives.”

Moreover, they cite several possible advantages to detailing. “Although physicians can find prescribing information using online resources, one report estimated that it takes nearly 10 years for evidence from reviews, research articles, and textbooks to be widely adopted by the medical community,” the editorialists say. “Pharmaceutical companies have the resources, national workforce, and financial incentive to address this issue, so detailing may accelerate adoption of novel therapies.”

Yet they allow that there can be consequences, such as inaccurate information being spread and more expensive drugs being prescribed more often.

Asked how the advent of policies against detailing is being received, Larkin said the researchers interviewed around 150 physicians over the course of their study. “We talked to many physicians who recognize that some aspects of detailing visits might lead to influence that is noninformational. Frankly, quite a few physicians also told us they appreciated having these types of policies simply as a way to avoid unhelpful interactions, because it can be hard to turn down an offer for a free lunch for a practice’s entire staff, or a sales representative that simply drops by for a friendly hello,” he said.

“Of course, some physicians reported to us that they did not like these policies and found them patronizing,” Larkin added. “These physicians felt they should be trusted to manage their interactions to avoid conflicts of interest.”

It’s actually probably more important than it ever has been to try and remain ethically clean, to try to have the profession get back to its roots of helping people and . . . doing what it can to do the right thing. James Kirkpatrick

Kirkpatrick, too, feels that opinions about detailing policies are mixed. But, he stressed, “in an age in which trust in the medical profession is eroding for a variety of different reasons, it’s actually probably more important than it ever has been to try and remain ethically clean, to try to have the profession get back to its roots of helping people and . . . doing what it can to do the right thing. So the idea, even sort of the hint or the smell, of a quid pro quo of getting lunch in exchange for listening to a pharmaceutical rep is not something that’s going to go over well with the general public.”

While many sales reps may have the patients’ best interests in mind, he said, “the perception in general is that their first priority is to make the shareholders happy or the company happy. So that inherent conflict of interest that is not necessarily going to come out in favor of the patient is something that we need to be increasingly careful about.”

Drug Company Payments to Physicians May Be Influencing Prescribing