In a French database, the early advantage over repeat SAVR did not persist beyond the first year. 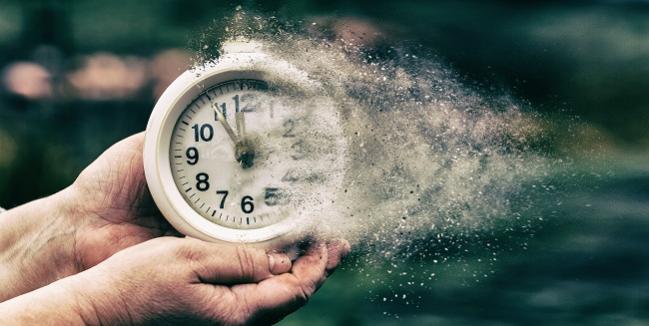 Compared with a repeat surgical procedure, valve-in-valve (ViV) TAVR for failed bioprosthetic aortic valves results in better short-term outcomes, with no difference over time in major cardiovascular outcomes, according to an analysis of French patients from an administrative database.

“Short-term outcomes (ie, 30 days) showed that compared with SAVR, ViV TAVR was associated with lower rates of all-cause death, cardiovascular death, new-onset of atrial fibrillation, and major clinical events,” write Pierre Deharo, MD (CHU Timone, Marseille, France), and colleagues in a paper published today in the Journal of the American College of Cardiology. “On the other hand, the need for pacemaker implantation was threefold higher after ViV TAVR.”

Tsuyoshi Kaneko, MD (Brigham and Women’s Hospital, Boston, MA), who was not involved in the study, said while the findings are essentially in line with other published reports, the field is still in its “infancy” of understanding the long-term safety and risks of ViV TAVR.

“The problem with using these administrative databases are that they do lack granular data, so they don't have any CT or echo information for example,” he noted. “This does provide some longitudinal follow-up, but it doesn't really give you the best sense of what things will look like long-term.”

Crossing of Curves Over Time

Deharo and colleagues looked at 717 propensity-matched pairs who underwent ViV TAVR or redo SAVR between 2010 and 2019 and who had a mean EuroSCORE II of 4.7% after matching. Compared with those who underwent repeat surgery, those who had ViV TAVR had more comorbidities and were slightly older.

Patients in the ViV TAVR group had lower rates of the composite outcome of all-cause mortality, all-cause stroke, MI, and major or life-threatening bleeding at 30 days compared with the redo SAVR group (OR 0.62; 95% CI 0.44-0.88). Despite the better earlier outcomes with ViV TAVR, over a median follow-up of 516 days, there was no difference in the combined endpoint of CV death, all-cause stroke, MI, or rehospitalization for heart failure between the two groups (P = 0.26).

The individual endpoint of hospitalization for heart failure was higher over the follow-up period in the ViV TAVR group compared with redo SAVR (15.1% vs 11%; P = 0.02). While not apparent in the first year after intervention, there was a crossing of the incidence curves, which Deharo and colleagues suggest may have been a result of “more frequent patient-prosthesis mismatch and valve thrombosis after ViV TAVR versus redo SAVR.”

In a time-sensitive analysis comparing the periods before and after January 1, 2015, there was a significant interaction between period of treatment and all-cause death, CV death, and the combined endpoint, with higher rates in the ViV TAVR group between 2010 and 2015 and the opposite seen from 2015 to 2019. Similarly, there was a significant interaction for CV death with TAVR that showed a lower risk compared to SAVR in patients with a higher EuroSCORE II ( > 5%) and a higher risk compared to SAVR in those with lower EuroSCORE II (< 5%).

In an accompanying editorial, Michael A. Borger, MD, PhD (Leipzig Heart Center, Germany), and colleagues agree that patient-prosthesis mismatch may be one explanation for greater mortality over time in the ViV TAVR group.

Other issues, Borger and colleagues say, include “how transcatheter heart valves will behave within retained bioprosthetic stent frames over time,” adding that in vitro studies have suggested that these devices may be at greater risk of thrombosis.

In the United States, ViV TAVR is only approved for high-risk patients. To TCTMD, Kaneko said before it could be offered to lower-risk patients, especially those who are under age 70, much more information will be needed to satisfy concerns about how long the valves will last and whether the long-term outcomes will be equivalent to repeat surgery.

While Borger and colleagues say the available data suggest that a randomized controlled trial would best serve patients and answer the lingering questions about the long-term outlook for ViV TAVR, Kaneko said he considers it unrealistic, adding that it likely would be difficult to enroll enough participants because of opposition to surgery.

“We should be considering the life expectancy, because we lack the long-term outcomes,” he observed. “The easier way for both the patients and proceduralist is to proceed with valve-in-valve when indicated, but I just don't know if we have enough evidence that that's the right thing to do.”

Which Modality and When? New Guidance for Cardiac Imaging in COVID-19