One expert notes, however, that the absolute risk of a clot remains very small and the data should not cause undue fear among menopausal women. 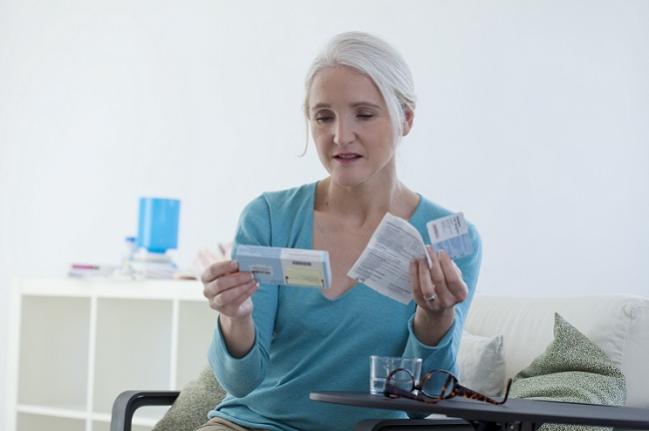 Compared with transdermal treatment, the use of oral hormone replacement therapy (HRT) is associated with a greater risk of venous thromboembolism (VTE), according to a retrospective database study. The researchers found that oral estrogen-only and combined formulations for the treatment of menopausal symptoms carried a higher risk than skin patches, creams, or vaginal gels, although there were some important differences between the oral preparations, with estradiol appearing to have a more favorable risk profile.

“Risks associated with oral formulations were expected, but most previous studies had only been large enough to assess the overall risk,” lead author Yana Vinogradova, PhD (University of Nottingham, England), said to TCTMD in an email. “HRT treatment involves a whole class of drugs and some are safer than others. Now that doctors and patients are aware about the different levels of associated risk, they will be able to have more informed discussions about which drug is the most appropriate for a patient. Our findings may also be used in preparing guidelines and recommendations.”

One of the most important things in the study is the number-needed-to-harm. The number of women who need to be exposed to [oral] HRT over a year to cause one blood clot is 1,076, or nine in 10,000 extra cases of VTE. Andrew Eisenberger

Commenting on the study for TCTMD, Andrew Eisenberger, MD (Columbia University Irving Medical Center, New York, NY), called it hypothesis-generating as opposed to definitive, adding that it should not cause undue fear for women.

“One of the most important things in the study is the number-needed-to-harm. The number of women who need to be exposed to [oral] HRT over a year to cause one blood clot is 1,076, or nine in 10,000 extra cases of VTE. That is not as if someone is playing Russian roulette with themselves with hormone therapy,” he said. “[The risk] should be respected, but if a woman has disabling menopause symptoms that can't be treated with other modalities, then unless they are at extremely high risk for thrombosis or terrified of getting thrombosis, putting them on hormone replacement therapy for as limited a time as is feasible is a reasonably safe thing to do.”

For the study, published online January 9, 2019, in the BMJ, Vinogradova and colleagues examined data from two databases in the United Kingdom ranging from 1998 to 2017. Overall, 5,795 women age 40 to 79 years had a diagnosis of VTE and 391,494 matched controls had either exposure to oral or transdermal HRT or no exposure to HRT. Compared with controls, women with VTE were more likely to have comorbidities such as cancer, cardiovascular disease, or chronic renal disease. They also were more likely to have recent medical events such as respiratory or urinary infection, hip fracture or operation, or hospital admission and to be on antidepressants.

Among the transdermal formulations, including skin patches, conjugated equine estrogen cream, and estradiol vaginal preparations, none were associated with differing risk of VTE.

“There is no biological explanation for this protective effect; therefore, this small decrease might reflect some residual confounding or possible indication bias,” the researchers write, adding that it is likely “spurious.” Nonetheless, Vinogradova and colleagues say they believe clinicians should give greater consideration to transdermal HRT for women with menopausal symptoms who are at increased risk of VTE due to comorbid disease or obesity.

Both Vinogradova and Eisenberger observed that research in this area is difficult, time-consuming, and expensive.

“The main limitation of this study is that we had only prescription information, not details of actual use (how closely patients complied with recommended usage),” Vinogradova said. “To overcome this limitation, researchers would need to ask every patient whether or how exactly they used their treatment. Bearing in mind the numbers required for analysis, it is almost certainly not feasible to conduct such a study.”

As for further research into whether transdermal HRT truly is protective against VTE compared with oral formulations, Vinogradova told TCTMD, “The decrease was also very small, so a study to confirm this would need an enormous number of participants.”

Eisenberger noted that the findings are largely consistent with prior research, adding that the main message of the study is that the absolute risk of VTE for women using HRT remains very small.

“It’s reassuring to me that there are no surprises here, and it's reassuring that the vast majority of women can safely take hormone replacement,” he concluded.

None of the Usual Suspects? Troponin Elevation Still Warrants Attention

10 months ago
Many women suffer from <a href="https://whcofmorgantown.com/blog/irregular-periods-what-you-need-to-know">irregular periods after pregnancy</a> but they don’t know what to do about it, so I would recommend everyone to consult a gynaecologist in such conditions because it might lead to several health issues with the passage of time.