Advocates say study designs that incorporate patient and caregiver input could yield greater participation and a better return on investment. 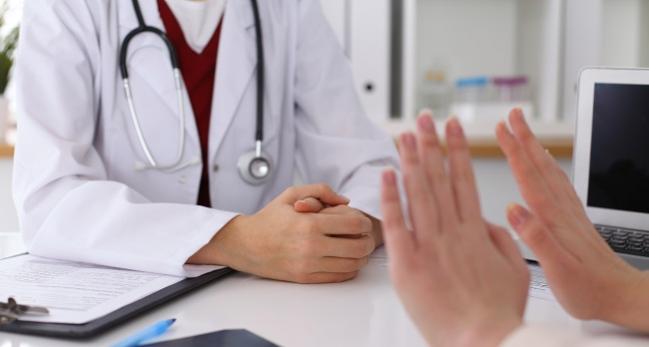 Trials that take into account patients’ day-to-day concerns were once a rarity, but increasingly researchers are mulling trial designs that incorporate not only “hard” clinical endpoints, but also less tangible factors such as quality of life, time off work, expenses paid out of pocket, and the load borne by caregivers.

In a new paper published online October 11, 2017, in JAMA Cardiology, Sean P. Collins, MD, MSc (Vanderbilt University Medical Center, Nashville, TN), and his co-authors make the case that a patient-centered outlook can reap benefits for cardiovascular medicine. However, the nuts and bolts of involving patients, families, and other stakeholders can prove challenging, they say.

To TCTMD, Collins said the paper is meant to provide a “blueprint” to researchers based on recent experiences with patient-centered studies. “Now there’s enough critical feedback from patients and caregivers to discuss how do you do this process, how do your endpoints change? And then, more importantly as a resource for researchers, how do I get this done [locally]?”

With the advent of the Patient-Centered Outcomes Research Institute (PCORI) in 2010, the United States has had a government agency dedicated to being the “home for federally funded patient and caregiver research,” Collins and colleagues write.

Several PCORI-funded trials in recent years have brought to life the idea of what “patient-centered” might actually mean, he explained. In short, it involves “partnering upfront with patients to find out what’s most important to them and incorporate their thoughts into trial design a priori, not [just] once the study’s been funded or, worse yet, complete.”

Having a patient endpoint in mind at the beginning, rather than after the study’s over, is crucially important. Sean P. Collins

As pointed out in the paper, “patient-centered endpoints may fit best with investigator-initiated comparative effectiveness trials” rather than phase III industry-funded trials testing efficacy. Even blockbuster trials are increasingly including these concerns as secondary endpoints, and postmarket studies provide a unique vantage point for assessing patient-centered outcomes during a treatment’s uptake into clinical practice.

By documenting “changes made in study design and execution based on feedback from patients, caregivers, and stakeholders,” the paper “primes the field for better understanding of return on investments made in engagement activities,” they say.

How to Get It Done

But how exactly should the task of involving patients and producing trial results that are exacting enough to inform practice be addressed? These two areas are where the challenges lie, Collins told TCTMD.

“We have a lot of interaction and engagement with patients and caregivers up front when we design the study,” he said. This drops off sharply during enrollment, when “things are pretty quiet. Having [people] understand this is a long timeline before we get results and keeping them engaged is a crucial piece to making this model a longitudinal success.” When results come out, sharing them via social media and person-to-person is the relatively easy part, Collins added.

A good example of where the patient-centered approach has been done well, he said, is the Chest Pain Choice trial. As reported by TCTMD at the 2016 American College of Cardiology meeting in Chicago, IL, the study’s primary outcome is “patient knowledge” about health status and options among individuals who, upon presenting to the emergency department (ED) with low-risk chest pain, were treated using a unique decision-making tool meant to inspire conversation between patients and their providers.

Originally, investigators had intended to look at how the tool affected frequency of stress testing in the ED, Collins reported. They revised their plans based on feedback, he said, when “patients said that may be important to us but it’s not as important to us as knowing about chest pain and what it means during evaluation.” In the end, stress testing was reduced and patient knowledge was increased.

On a broader scale, the American Heart Association and American Stroke Association in 2014 launched the Citizen Scientist Think Tank consisting of patients and caregivers across the United States. Engagement in the pilot program, which is meant to encourage collaboration, takes the shape of a pyramid: at its base is the online community, in the middle there are “community-engagement studios” where stakeholders can meet in person, and at its peak are the investigators themselves. Collins said the PCORI-funded Get With the Guidelines in Emergency Department Patients With Heart Failure (GUIDED HF) trial, for which he served as principal investigator, is an example of how researchers have harnessed the AHA/ASA’s pyramid to increase patient input.

Researchers without such support can consider three factors: community-engagement studios at local hospitals, community advisory boards at the institution or city level, and individual patients at local practices.

The Patient as PI

Many studies testing this concept are “still in the enrollment phase,” he noted. “So, I think this [shift] has improved trial design. Now whether it improves [the applicability] of trial outcomes, we probably won’t know for the next couple of years.”

Today’s researchers can benefit from the work that’s already been done. “Now that several studies have been designed, I think there’s a template of endpoints, at least from a cardiovascular perspective, of what patients have wanted,” Collins said. “Some of the road has been paved already for these patient-centered endpoints.”

For instance, Collins proposed, why couldn’t a patient or caregiver be a trial’s principle designer or investigator? Or, studies could evolve over the course of being conducted, he suggested: “As the trial begins, we try an endpoint that the patients are interested in but 6 months into it, we poll the patients who’ve been enrolled and . . . we adapt our trials based on [their real-time feedback].”

It would be “very innovative, very difficult potentially to do,” Collins allowed, but it would incorporate everyone’s input.

Moving forward, what’s best is a “happy medium” in terms of patient-centered and more traditional research, he said. “We still need to pay attention to morbidity and mortality. But having a patient endpoint in mind at the beginning, rather than after the study’s over, is crucially important, and that’s what we’ve learned from this whole endeavor.”

By Caitlin E. Cox
On Record

On Record: Broken Research? Fixing the Future of Clinical Trials

Essentials of Clinical Trial Design: Statistics 101 for the Budding Interventionalist