(Updated) William R. Hiatt, MD, a pioneer in the field of clinical vascular medicine and cardiovascular research, died December 8, 2020. He was 70 years old.

The announcement of his death by Colorado Prevention Center (CPC) Clinical Research noted the profound void left by his passing. 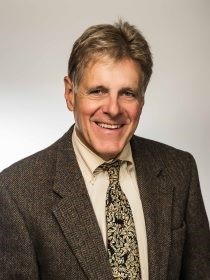 “He led by example. He pursued excellence but at the same time was humble and grounded. He embodied qualities rarely found in the same individual: to be reasonable and to place integrity above success,” the announcement reads.

Colleague Marc Bonaca, MD (University of Colorado School of Medicine, Aurora), told TCTMD Hiatt was an avid outdoorsman who had climbed all of Colorado’s so-called “fourteeners”—mountains with an elevation of 14,000 feet—at least once.

His loss resonates deeply and creates a hole in the hearts of those lucky enough to call him friend. Josh Beckman

“Will Hiatt transformed from a giant of vascular medicine who I was afraid to approach when I met him a quarter century ago to a trusted colleague, mentor, friend, and confidant,” recalled Joshua A. Beckman, MD (Vanderbilt University Medical Center, Nashville, TN). “His generosity of spirit, time, advice, and support were coveted by all who knew him. He will be remembered for reaching a greater number of accomplishments in our field than the large number of 14,000-foot mountains he scaled for fun. I am going to sorely miss his joie de vivre, his gentle humor, and spending time with him. His loss resonates deeply and creates a hole in the hearts of those lucky enough to call him friend.”

Even after being diagnosed with lung cancer in 2016, Hiatt continued to run and bike to work, swim with a masters swim club, and spend time in the mountains, an obituary in the Denver Post notes.

Michael R. Jaff, DO (Boston Scientific), said Hiatt was a close friend and mentor who taught him to think critically, be firm but respectful, find joy regularly, and get the most out of life.

“Everyone who knew Will knows that he was an avid and daring mountain climber,” Jaff said. “However, what most don’t know is how he had the ability to step out of his academic clothes to have fun. Well over 15 years ago, my wife and I were on a riverboat with Will and a few others for a dinner cruise. Before dinner Will asked if he could go swimming. Everyone thought he was kidding. He was told the river water was cold. Next thing we knew, Will dove into the river water in his skivvies! No joke! That was the Will I knew. I will forever remember his smile, his mind, and his soul.”

“He was the reason I came to Colorado and a role model in all aspects,” she said. “A generous, compassionate, and kind person; a wonderful physician whose wisdom improved the lives of countless patients; a giant in clinical research whose achievements have inspired many of us to (try to) follow in his footsteps. Above all, he was a family man with a carpe diem approach to life who taught each of us lucky enough to have known him by example. He was dearly loved and will be sorely missed.”

A Life With Purpose

From 1996 to 2019, he also served as president of CPC Clinical Research. He was a past president of the Society for Vascular Medicine, a fellow in the American Heart Association (AHA) and the American College of Physicians, and past chair of the AHA’s peripheral vascular disease council.

Bonaca also shared with TCTMD that the last thing Hiatt wrote on a white board was this simple quote: “Life and having a purpose is a total Blessing . . .”

William Hiatt was a wonderful colleague and friend. It has been an incredible honour working With him over the past decade. Here we shared our excitement after reviewing the VOYAGER results in Denver. #RIP https://t.co/Tj32WM4ZrM pic.twitter.com/dfD7EKEWtG

Very sorry to hear about @WilliamHiatt18. Thoughtful as always, he had planned for this day and wanted to make sure all that he built in vascular medicine would grow and flourish and was so excited to have recruited @MarcBonaca. We chatted about this many times. #cardiotwitter

What a loss for our #VascularMedicine @SVM_tweets community. Dr Hiatt was a brilliant, kind, and welcoming leader. While I was only beginning to know him, it was clear how passionate he was about his work, family, and friends.

Hiatt is survived by his wife Susan, daughter Kelsey, and three grandchildren.

Photo Credits: Marc Bonaca and the University of Colorado School of Medicine