To close the gap, doctors need to double down on prescribing proven and effective therapies regardless of a patient’s sex, say experts. 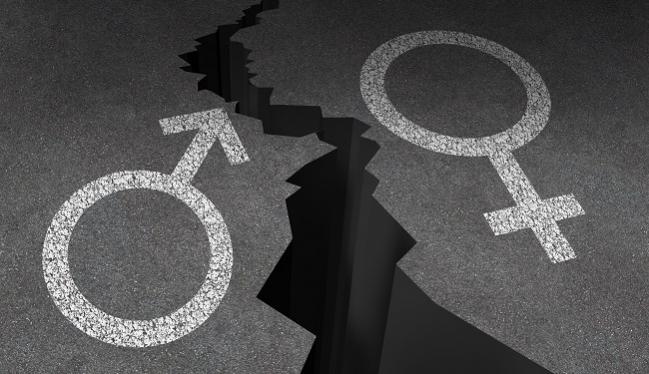 Women who’ve had a myocardial infarction are less likely to be treated with a high-intensity statin than men, and while the disparity is evident across all subgroups, some women fare worse than others, according to a new study.

To TCTMD, Peters said there is an abundance of data highlighting differential treatment for the prevention of cardiovascular disease between men and women. A lot of the research dates back to the early 2000s, she said, and many of those studies showed that women were not receiving therapies as intensive as those given to men. The current US guidelines for the treatment of cholesterol recommend a high-intensity statin, such as atorvastatin 40-80 mg or rosuvastatin 20-40 mg, for patients with atherosclerotic cardiovascular disease regardless of sex.

Efforts to improve discrepancies in clinical care between men and women have already been launched, and these include the Go Red for Women initiative, as well as the publication of three American Heart Association evidence-based guidelines for the prevention of cardiovascular disease in women, according to the researchers.

Given the campaigns to raise awareness about women’s risks of heart disease, Peters said they wanted to determine if the treatment gap in the use of high-intensity statin therapy for secondary prevention had been reduced between men and women, particularly in light of the US cholesterol guidelines recommending high-intensity statins to men and women following a myocardial infarction.

Published online April 16, 2018, in the Journal of the American College of Cardiology, the analysis is based on 16,898 individuals hospitalized with myocardial infarction who were included in the large MarketScan database, as well as on 71,358 Medicare beneficiaries hospitalized with myocardial infarction. In the MarketScan and Medicare databases, 26% and 49% of participants were women, respectively.

I had thought we might see a bit of a change. Sanne Peters

In addition to older and younger women being less likely to receive the most effective dose, those with comorbid conditions were also less likely to be prescribed a high-intensity statin.

“Despite all the efforts to reduce the sex differences in the treatment of cardiovascular disease, the differences in the use of high-intensity statins hasn’t changed over the period we studied,” said Peters. “It was unexpected. I had thought we might see a bit of a change.”

Karol Watson, MD (University of California, Los Angeles), the director of the Barbara Streisand Women’s Heart Health Program at UCLA, saw some reason to be optimistic about the findings, particularly in light of the controversy that has surrounded the drugs in primary prevention. Over time, the study showed there has been increasing use of high-intensity statins, both in men and women, which implies that physicians are starting to get the message about using the drugs in secondary prevention.

That said, physicians still have a long way to go in terms of getting these eligible patients on appropriate and guideline-recommended therapy. “We see this over and over again, although you’d think in the acute setting people are going to get it right,” Watson told TCTMD. “These are the highest-risk people, and we’re supposed to get it right. You’d think you’d err on the side of overtreatment rather than undertreatment.”

In the analysis, “no one was treated well,” said Watson. Peters echoed the comment, saying “there’s lot to gain in both sexes.”

To TCTMD, Peters said one US study investigating statin underuse suggested that women were more likely than men to switch from a high-intensity statin to a moderate-dose drug because they experienced muscle-related side effects. However, data from the randomized controlled trials don’t suggest sex-differences in the likelihood of muscle-related adverse events, said Peters.

“Side effects are often mentioned as one of the explanations for the sex differences [in statin use], but I’m not convinced that explains what we observed here,” said Peters. “Another explanation is that clinicians might be less aware of the risks of recurrent heart disease in women. We know they are less likely to see heart disease as the main threat to women’s health. Even among women themselves, they often consider cancer a greater threat to their health than cardiovascular disease. Despite recent efforts, it might still be a persistent phenomenon.”

In an editorial, Annabelle Santos Volgman, MD, Ewa Dembowski, MD, and Lynne Braun, PhD (all from Rush University, Chicago, IL), state that the present study “supports the recognition of ongoing sex-specific treatment differences despite considerable efforts to reduce this gap. Differences in statin prescription and adherence between women and men may account for suboptimal outcomes in women post-acute MI.”

Volgman and colleagues suggest any “provider bias” might be explained by pathophysiologic differences between men and women with ischemic heart disease. To TCTMD, Watson made a similar argument, noting that women have a much higher incidence of MI without obstructive coronary artery disease. In the absence of these flow-limiting lesions, it’s possible that physicians might not think a high-intensity statin is needed, she suggested.

Peters said continued awareness among women and physicians is still warranted, and that this will hopefully reduce the treatment gap with respect to evidence-based medicine. Watson said that a unified message from the cardiology community should continue to promote high-intensity statins for secondary prevention. “We don’t need more research, we don’t need more guidelines, because those are clear,” she said. “We need to double down on what we already know.”

‘Striking’ Rise in TAVR Among Patients With Previous CABG