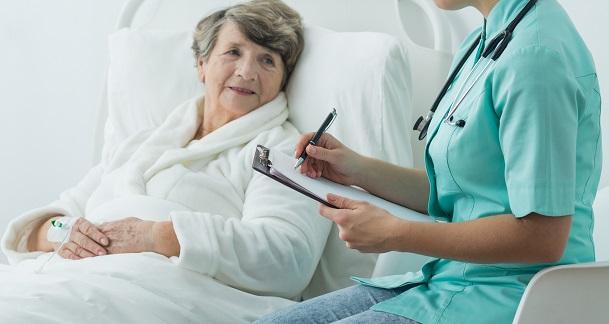 New retrospective findings hint that, compared with men, women receive less complete revascularization during CABG. This disparity is likely due to inherent biases within the overall cardiology care system that lead to delayed diagnosis for female patients rather than something more idiosyncratic among cardiac surgeons, the authors suggest.

Previous literature in various areas has shown vast discrepancies in care between female and male patients. “In the original cardiac surgery trials, women were not involved at all. So we extrapolated from male outcomes that surgery would work in women, which is totally inappropriate,” senior author Fraser Rubens, MD, MS (Ottawa Heart Institute, Canada), told TCTMD.

Rubens, along with Habib Jabagi, MD, MS (Ottawa Heart Institute), and colleagues published their findings online yesterday ahead of print in the Annals of Thoracic Surgery, outlining the experiences of 19,557 patients who underwent CABG between January 1990 and March 2015 at their institution.

However, in a propensity-matched analysis of 627 male and female pairs, there were no differences in BITA use overall, BITA use in low-risk patients, or radial artery use. The use of three arteries was the only difference that remained greater in men than women (10.5% vs 7.3%; P = 0.048).

“I was pleasantly surprised that when we matched the patients we were doing a pretty good job, but I think the study suggests that we have a ways to go in order to broaden the spectrum of women that are getting excellent operations,” Rubens said. “If we can catch women at an earlier stage, we could increase the number of women getting perfect operations.”

Physicians generally need to increase their “diagnostic suspicion” of coronary disease in women, and potentially treatment processes need to change, he added. Instead of putting in “a stent here and a stent there, maybe we should be doing more definitive operations so they get perfect arterial revascularization and they never come back.” This strategy should be applicable to all patients, but particularly to women, whom “we have a tendency to paint [with] a brush that says that their surgical risk is increased and therefore we should postpone their surgery as long as possible,” Rubens noted.

Commenting on the study to TCTMD, Kendra Grubb, MD (University of Louisville, KY), agreed that the study “brings to light that there is a difference between how we’re treating our male and female patients,” but admitted surprise that the only difference seen after propensity matching was in revascularization with three arteries.

Rubens noted that the surgical culture at his institution since the mid-1990s has been to aggressively use multiple arterial grafts for all patients regardless of gender, yet said this is not ubiquitous at all centers.

At her institution, Grubb reported, the practice is generally not to use more than two arterial grafts for all CABG patients. “I would have thought even with propensity matching you would still see fewer arterial grafts used for women,” she said. “Over the last few years, we’ve seen a lot in the literature suggesting that bilateral internal mammary artery use has significant clinical and survival benefits for these patients, but I have yet to see anything where three arterial grafts provides a survival advantage above and beyond bilateral internal thoracic arteries.”

Moreover, the proportions of both men and women who received three arterial grafts in this study are small enough to make this still a “fairly unique” procedure, Grubb added, compared with the growing use of bilateral internal mammary arteries.

Regardless, “they have made this the way that their institution is going to address multivessel coronary disease and therefore this is the culture of their institution and it’s appropriate for their patient population,” she said.

To improve the care of female cardiology patients across the board Grubb said changes need to be made before the patient gets to the cardiac surgeon.

“I don't think it's necessarily the surgeons that are making the distinction in gender,” she explained. “It starts from the delay in diagnosis that we have seen, that the patients have further progression of their disease by the time they present and are diagnosed. Female patients are often seen by many specialists before they are finally seen by a cardiologist who then goes through the steps to diagnose coronary artery disease. [In] their male counterparts, that diagnosis is much higher on the differential.”

Rubens agreed. “Maybe we're just not getting to [women] soon enough so that we can give them a better-quality operation,” he said.

Additionally, future research should focus on the “particular risks in women with using multiple arterial grafts that are obviously sex-specific,” Rubens suggested. Prior studies have shown that female patients are at a higher risk of wound infection than men, which is thought to be due to greater tension from breast tissue, he explained. “If we can continue to mitigate that by using new technologies or figuring out ways to decrease the tension of a wound in a woman, . . . that would be an important variable.” Also, “we need to do research to look at long-term outcomes to prove that this is the way to go.”

Hemodynamics of First-Gen Sapien Valve Hold Up Well Over the Years: PARTNER Analysis

CT Scans Before and After TAVR Show Tricuspid, Bicuspid Valves Are Reassuringly Similar

Impact of Gender on Arterial Revascularization Strategies for CABG