Psychosocial distress was particularly high among women who were unemployed, living alone, or had lower education levels. 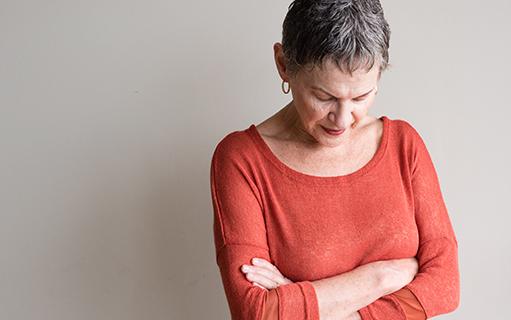 Patients with nonobstructive coronary artery disease (NOCAD) experience more psychosocial distress and impaired health status than their age- and sex-matched counterparts in the general population, according to an analysis of the TWIST study published online earlier this month in Circulation: Cardiovascular Quality Outcomes. Researchers also found that, among those with NOCAT, women have higher rates of these patient-reported outcomes than do men.

Specifically, women with NOCAD reported impaired health status and more anxiety compared with their male counterparts, but these differences were explained when the data were adjusted for age, education, employment, partner status, and alcohol use.

“It remains a question for each individual patient whether these complaints are bothersome, and whether the patient has need for additional referral for psychological treatment,” Paula M.C. Mommersteeg, PhD (Tilburg University, Warandelaan, the Netherlands), told TCTMD. “Given the findings that education, partner, and employment explain the elevated levels of psychosocial distress observed in women, special attention may be needed for women who are currently unemployed, with lower education level, and living alone.”

The study included 523 patients with NOCAD (51% women) who were part of the TWIST study. This sex (biological) and gender (sociocultural) analysis evaluated differences in health status, psychosocial distress, and personality between patients with NOCAD and the general population. Patients completed generic health status, psychological distress, and personality forms and were compared with 1,347 age- and sex-matched participants from the general population.

“Studies show that psychosocial factors affect the progression of coronary artery disease, and that women more often report higher psychosocial distress, such as more anxiety or depression and worse health status,” Mommersteeg said. “It is therefore possible that psychosocial distress may affect the progression of coronary artery disease differently, or more strongly, in women. It is also possible that the gender differences in psychosocial factors affect obstructive heart disease different from patients with nonobstructive heart disease. However, this remains to be investigated.”

Prior Cancer and Chest Radiation Not Associated With Worse PCI Outcomes

By Todd Neale
Conversations in Cardiology

Conversations in Cardiology: For Fellows, How Much Structural Heart Disease Training Is Enough?