Most women heed the advice to avoid pregnancy post-SCAD, but for others, this knowledge can aid in decision-making. 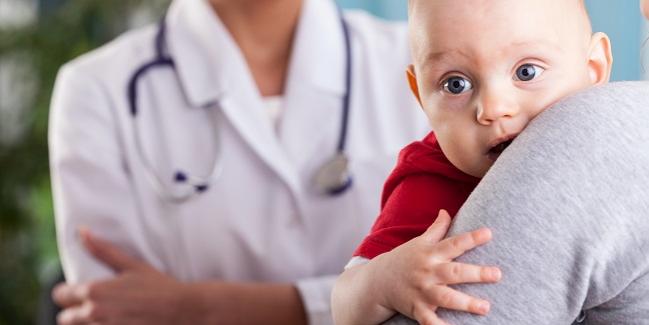 Female patients who have a history of spontaneous coronary artery dissection (SCAD) do not necessarily face recurrent SCAD if they become pregnant, despite pregnancy being a known trigger of these rare but severe complications. The data, derived from a Mayo Clinic registry, were published online this week in JAMA Cardiology.

“In clinic, we’ll see patients who are young who have SCAD—the youngest I’ve met is 17. You have patients who maybe just got married and don’t have kids yet, or maybe have one child and want another kid, or what have you,” said Tweet. “And the challenge is if they get diagnosed with SCAD in their childbearing years or even before they even have the opportunity to consider having children, they’re being told not to have kids. Just from that perspective: that’s a big deal.

“If you are 20 years old, maybe a newlywed or something, and you’re being told, ‘I don’t care what your dreams are, you had a heart attack [so] should not have any children,’ or even worse yet, ‘I see that you’re 12 weeks pregnant with this maybe unintentional pregnancy or wanted pregnancy, but I’m sorry, you had a SCAD and you should terminate,’ that’s the kind of clinical situation that prompted this research,” she said.

Currently, the standard advice is for women who experience SCAD to avoid future pregnancies, both due to increased risk of worse outcomes and to what a 2018 American Heart Association scientific statement describes as “re-exposure to the physical, hormonal, and potentially emotionally stressful conditions present during pregnancy and the postpartum period” should SCAD recur.

Tweet said that even in light of their reassuring findings, this advice should remain in place. For one thing, their study only included a small number of women who became pregnant post-SCAD, which she said might be a sign that the message to avoid pregnancy is being heard. But this also means that the group analyzed in their paper might be self-selected, lower-risk patients who are better able to tolerate pregnancy’s “stress test,” such as those whose LVEF has recovered to normal levels.

Still, women may choose to or accidentally become pregnant, and Tweet emphasized that it’s important for clinicians to be able to discuss their true risk. “There doesn’t seem to be a strong signal that [this history] is automatically going to guarantee that they’re going to have another SCAD, no matter how you look at it,” Tweet said.

Tweet and colleagues analyzed data from the Mayo Clinic SCAD Registry for an 8-year period ending in April 2019, looking at the issue of recurrent SCAD (defined as an ACS or cardiac arrest due to SCAD > 1 month after the initial event) from three angles:

Among the 23 women who became pregnant post-SCAD, who had a total of 32 pregnancies among them, the median time to conception was 18 months after their first SCAD. Their median age was 38, and 87% were white. Nearly two-thirds of the pregnancies resulted in live births, and 75% chose and were able to breastfeed their babies (median 4.8 months).

Two women (9%) had a recurrence. “The first had initial SCAD 16 months following the birth of her third child and life-threatening recurrent SCAD at 9 weeks postpartum as described previously. At 8 years post-pregnancy, she reported intermittent severe fatigue but no major interim medical events,” the researchers report. “The second woman with recurrence had extensive fibromuscular dysplasia and her first SCAD 12 weeks postpartum after a complicated vaginal delivery of her second child. She then had three additional pregnancies, the last of which was a miscarriage. Her two recurrent SCADs occurred 12 and 21 years after her final pregnancy.”

In the matched comparison, pregnancy didn’t appear to increase risk: women with recurrent SCAD were no more apt to previously have been pregnant compared with controls. Subsequent pregnancies were slightly but not significantly lower for women who’d had recurrent SCAD than for those who had not (2% vs 8%; P = 0.06).

And in the overall group of 636 women in the SCAD registry, Kaplan-Meier analysis estimated their 5-year recurrence risk to be 14.8%. With adjustment for patient age and calendar year of first SCAD as well as for fibromuscular dysplasia, pregnancy was not associated with repeat events (HR 0.38; 95% CI 0.09-1.60). Two of the women who didn’t become pregnant died, and no sudden deaths occurred in relation to SCAD/pregnancy.

It’s not a slam dunk that it’s going to precipitate another SCAD, at least with the current data we have. Marysia S. Tweet

The researchers point out that their results “highlight the complexity of SCAD,” noting, “It is likely not a single precipitator (eg, pregnancy, stress, exercise) that leads to SCAD onset, but most likely a complex combination of several appreciated and unappreciated factors.”

“Long story short,” Tweet told TCTMD, “we have to be careful about how we interpret this and not to overinterpret it. Currently, the recommendation would still be to dissuade pregnancy, because of the many unknowns [as well as] the knowns that SCAD can happen again, and when it’s associated with pregnancy it’s severe.”

Sometimes, though, the real world may be less clear-cut and knowledge about SCAD’s complexity can be useful when counseling patients, said Tweet. “I’ve had this sort of discussion with more than one woman. . . . If someone says, ‘No, this is incredibly important to me,’ or, ‘Can you support me through it?’ I can at least tell them, well, it’s not a slam dunk that it’s going to precipitate another SCAD, at least with the current data we have. So then we [as clinicians] can do what we can on our end to minimize risk and get them through that if that’s important to their own quality of life, knowing that there are severe risks and even life-threatening risks. I don’t take it lightly.”

Among US Women, Awareness of CVD’s Threat Has Declined